Part X. Can A Citizen’s Revolt Stand A Chance of Working?

We have been discussing a "modest proposal." One that probably has about as much chance of implementation as the one Swift offered, centuries ago. Certainly the politicians who guide our destiny will find it about as palatable.

If districts have been scornfully reworked in order to make the November general elections worthless, then everyone in a district should join the party of that district. Make the primary election the locus of real argument, real campaigning over issues, real voter participation. Real politics.

Oh, if this is ever tried on a big scale... if a movement like this really started to take off... you can well imagine how the desperate fanatics and old-style politicos will fight back.

They’ll call it "cheating" - with far more venom than they ever used against real fraud at the polls. Cross-registrants will be called "carpetbaggers" and reviled for cynically betraying their beliefs. Or they will be called "spoilers,"who have crossed party lines in order to do harm, pull dirty tricks, or stack the majority party with bad candidates.

There may even be attempts to restrict party-switching. Will fanatics in each party try to stop it by requiring that party members pay dues and carry membership cards? Don’t underestimate the "villains" in this play, who get to write and pass laws.

And then, every even-numbered year, the inevitable Quixotic, lesser party candidate will urge you all to "come on home...."

Which you are free to do, in November! Re-registering as a Democrat (or Republican), even though you were always a Republican (or Democrat) before, will not keep you from voting the old way come autumn.

What it will let you do is vote for the lesser of two evils in the primary that is the true locus of decision making in your district. You may be a conservative in a hippie-college town, fine. But just because a liberal will represent you, does that mean you cannot have a say when it’s decided which liberal that will be?

Or if you are a progressive in a deep red county, okay, you are going to be represented by a conservative. Live with it. But maybe help support one who acts like a mensch, shows a smidgen of conscience, knows the meaning of compromise, and might even make Barry Goldwater proud, instead of shrieking hysterically like Rush Limbaugh? That’s quite a range. It may be worth fighting over.

To moderates and modernists, whatever their official party or persuasion, there is one enemy here -- gerrymandered political radicalization. That enemy has an ally, the insipid "team spirit" of identifying ourselves and our votes with the name, tokens and emblems of a simplistic political party, even when registering with that party makes no practical sense. Even when serves no purpose other than robbing us of our franchise. 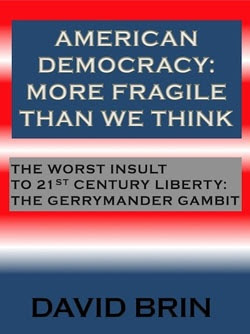 Stand up. See labels for what they are, conveniences that can bind and enslave us, when we let them. If another label will let you do more with your citizenship, don’t be shy. Take it!

Call this a Voters' Revolt against calculated manipulation of the electoral process by professional politicians.

Call it a movement to transform the disenfranchised minority in every gerrymandered district into an important swing bloc.

Call it a way to help pick nicer conservatives instead of haters, in each red-county primary. And for decent conservatives in blue-urban America to hold accountable some lefty flakes.

If the politicians have arranges, manipulated, and effectively declared one party to be the party of your district, then join the official party of the district... and make it better.

It seems so logical, like an immune reaction by an inflamed body politic, responding against a cancer spread by self-interested politicos. Only now the rub. In this day and age, without help from billionaires or journalists or politicians, would something like this have even a the chance of an arctic glacier in global warming?

As for me? I plan to fight however I can to help one of the parties prevail over the other, because (in my judgement) it has better policies overall and shows greater overall sanity. And because lately, things have started to get very scary for a civilization based on accountability and the Enlightenment.

Still, there is another level. One where I know that political parties are busy turning themselves into dinosaurs. The Age of Amateurs is coming, and with it, a rising age of the New Citizen, smarter, savvier, more agile and empowered by both education and technologies that gather information faster than the speed of thought. It won’t be easy and the transition needs our help. We’re going to have to innovate, act swiftly, take the initiative. Prove that citizens are worthy of respect.

Lift your head, now and then, from the daily battles. Look at the horizon.

In a reversal of the "yellow dog" philosophy, I don't really care if it's a Democrat or a Republican, so long as it's reasonable, moderate, broadminded, forward-looking, honest, accountable... and human.

As long as districts are drawn by people, there will be gerrymandering of some form or another. Even completely fair people would likely group voters by whatever criteria they assume are uncontroversially important.

But it would be easy to put a district-drawing algorithm into your state constitution. I envision columns of rectangles, but the idea could be complexified and improved. Some of the district boundaries might be inconveniently placed, but sometimes democracy can't be convenient.

Or we could do away with the problems of districting and elections. I notice that the sample size of opinion polls is often about the same as the size of the House of Representatives; what if we just picked 500 random citizens every two years?

David: That "insipid "team spirit" of identifying ourselves and our votes with the name, tokens and emblems of a simplistic political party" is senseless and insipid, but what are we to do about it? People are consistantly willing to betray themselves for the feeling of strong group identity. What can we do against that?

"If the politicians have arranges, manipulated..."

All this New Citizenry isn't helping me game out the details of I-330 (noneconomic tort award limits) and I-336 (greater governmental oversight regarding health insurance and malpractice issues) here in Washington. Doctors support one and not the other, Democrats support the other and not the one.

But the devil is in over 80 pages of details. How they got enough signatures for the ballot for these two byzantine changes in the law is still beyond me.

I'd bet they said "This law does this..." and gave a summary version of the bits they wanted people to think about. While leaving out whichever other bits. For both the bills. After all, who's going to read 80 pages to figure out what it does?

Well, *I* did, and found poison pills in both of them, to the extent I could understand it.

See, the laws proposed are so complex, that it's impossible to game out what their effect would be 10 or 20 years down the road. Like guessing who will win a chess game after just two moves, there are only a couple of combinations which guarantee results.

Makes me think of Goedel's Incompleteness Theorem, a little, even though it's misapplied to this sort of thing. (Sort of. It is a system of rules more complex than those governing integer math, after all!)

Since opposing factions I may get all ornery and vote "yes" on both, and ask my wife to vote "no" on both if she's agreeable, so that our household cancels itself out...

Proof that gerrymandering can be fun... or funny... or well I it's pretty tragic sometimes...

Does anyone actually vote for Rep. Jack Kingston?

In reply to Brock. In most countries independent non political bodies set the boundaries for voting districts. It's a non-issue.

See the New Zealand Elections page here - it's about a controversial as the Post Office.

As soon as you politicise a body you incentivise someone to screw with it for... um political gain. You reap what you sow.

Here's my Stupid Simple Solution to a Complex Problem:

Require that the district lines be approved by a state-wide vote.

That way, if we approve gerrymandered districts, it's our own darn fault! 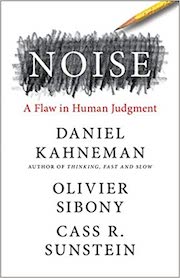