A ten-parter by David Brin

Part I. The worst insult to 21st century liberty:
... the Gerrymander Gambit.

Let’s begin part one with a reprise from last time:

By quietly and gradually cranking up a process called gerrymandering members of the Political Caste - of both parties - have managed to effectively seal most of us away from the franchise that we all consider to be one of our most basic American birthrights.

I’ll explain. But first, some context and background.

As we slowly recover, still quivering, from the traumas of Election 2004 -- further punched, pummeled and punctuated by war and nature’s devastation -- here comes a tidal wave of punditry, telling us to begin girding for the next political season. Prepare for Election 2006... another gut-wrenching, nation-dividing descent into the “Culture Wars.”

(Who could have predicted that we would someday look back with nostalgia on the Clinton-Dole campaign, as a time when politicians sometimes disagreed congenially over policy, while sharing a fundamental belief that government can be made to work?)

In one way, the 2006 campaign will be easier, emotionally. For one thing, it won’t directly involve the Presidency, much to the relief of George W. Bush, given his slide in popularity.

Instead, attention will focus on Congress. Will one party continue to control all three branches of government? Or will voters choose to stir in some fresh faces and, perhaps, a little accountability?

This could be of special importance right now. If either house of Congress passes into Democratic control next year, one immediate effect will be to suddenly invigorate a dozen oversight and investigation committees, which have lain mostly dormant for six years. Just picture the ferment when those torpid committees are abruptly staffed with scores of newly-assertive investigators, empowered with stacks of subpoenas, summoning scores of administration officials - and whistleblowers - in a veritable festival of accountability, unlike anything since 1994, when Newt Gingrich & Co. swept into control over the House, carried by the reform rhetoric of his “Contract with America.” (See *note below.)

Of course, all of this assumes that political issues -- or even voter opinion -- will make a difference in outcome, during the campaign for who controls Congress.

But that assumption may be dead wrong. One trend, that has built momentum across several decades, may insure that the average voter will have very little influence over the outcome of the US Congressional elections, come November 2006.

No, I am not talking about outright cheating, though we certainly have seen a disturbing and outrageous burst of truly despicable behavior, ranging from fraudulently rigged voting machinery to manipulation of voter rolls, from corruption of sworn officials to dirty trickery, all of which contribute to a decline of faith in democracy, perhaps even debasing the word “freedom” itself. (See recommendations of the Carter-Baker Commission at: http://www.american.edu/ia/cfer/)

But I am not writing about any of that today, because even vote-fraud is small potatoes. After all, cheating of the kind we saw in Florida in 2000, and Ohio in 2004, can only work when the polls are already very close. At worst it can nibble at the edges of a system that is rotting from the inside.

No, I want to draw attention to a different kind of manipulation. One that has ensured that close elections for US Congress almost never happen.

It is the same shameless manipulation that prevents all but a few Americans from having any real voting power over who will represent them on Capitol Hill.

Quietly, without much comment or notice, the practice of gerrymandering has transformed from a dismal-but-bearable tradition of occasional opportunism into a cancer eating at the heart of democracy itself, rendering our votes nearly meaningless in countless constituencies across the land.

* An aside about the prospect (if Democrats win control over House or Senate) of sudden assertiveness by Congressional oversight committees:

Should even a sincere conservative call this prospect of divided government a bad thing? Certainly not an honest conservative who watched with concern the unambiguous and overwhelming increase in secrecy that has spread like a shroud, since the Bush administration took office. Can any student of human nature feel comfortable, knowing that so many cronies (even your side’s cronies) are making so many deals in the dark?

Even if many of these deals are legal, should they not also be visible? Or have we become so entrenched in Culture War partisanship that each of us thinks light should only shine one-way? A war of competing searchbeams or light sabers, stabbing left or right, but never illuminating us all?

Those in power rationalize this surge-tide of cryptic concealment in the name of national security. But honestly, ask yourselves this question. Does the threat posed by Al Qaeda justify more secrecy than our society endured during the Cold War, when our opponent was the vast, sophisticated and evil Soviet Empire?

Over the long run, secrecy must become a core social and political issue. No matter where you stand along the spectra of belief about large or small government, about the role of market forces or taxation or the proper use of military power, don’t we all know that shadows tempt the honest and lure the corrupt?

Looking back on the rhetorical success of Gingrich in ‘94, here’s one trick the Democrats might try, if they wanted a startling jiu jitsu move. What if they stunned the nation by publicly adopting half of the planks in Gingrich’s “Contract With America”?

Not the partisan half, those ‘planks’ that justified a loony/selfish - and disproved - theory that looting the treasury will help balance budgets. But the other half. The planks that made sense, offering more air and light. Greater openness and accountability.

Those were the parts that citizens voted for in 1994.

And people are still waiting for those portions of the Contract to be fulfilled.

(Next time - the detailed skinny on gerrymandering...)
Posted by David Brin at 8:56 PM

Being aware of a problem is the first step towards recovery. So bring on the skinny.

Keeping my eyes open. " 'Iris on the move' A Superior Solution for Biometric Identification [...] Current commercial systems require relatively close proximity to the eye and significant cooperation from subjects [...] IOM can identify up to 20 subjects per minute, and subjects can walk through a recognition portal at normal walking pace."

A worry or a relief ?

I believe that the US government functions best when it's divided against itself. In that way, it can only get important things done, while not implementing any of one or another group's petty ideological foolishness.

Subsequently, I think Bill Clinton is remembered so fondly, mostly because he spent six of his eight years as a lame-duck president, and thus, was only able to get important and useful things done.

You forgot Washington State, when talking about electoral irregularities in '04. Whatever was happening in Ohio kind of pales in comparison.

Good start so far, well written. Interested to see what solution you prescribe.
My solution is a constitutional amendment, or as I like to call it a new bill of rights.

"What if they stunned the nation by publicly adopting half of the planks in Gingrich’s “Contract With America”?"


...and other verbal propaganda.

Not if it were used as a polemical belly ripper!

"We admit that the American people had reason to be angry with the Democratic Congress in 1994. Half or the "Contract" was aimed to exploiting that anger, promising neutral reforms that any honest Congress ought to implement as normal practice.

That was the propaganda; the Republicans then never lived by ANY of those processes or good intentions. They were all lies.

The lies were meant in order to get the other half of the Contract through. The tax ripoffs for the rich, the crony-deals. THOSE sure got implemented.

We are going to promise now that the good parts, the parts about accountability, that honest american conservatives can get behind, these will finally be impemented by a new Congress. What conservative could complain about that?

As for the other half of our new deal? Some bits may seem "liberal" and we're not ashamed of that! Saving the environment and restoring our alliances and looking to jobs and protecting our borders... even if you disagree with these priorities, at least these things will be done efficiently and honestly."

I have several doubts, but your wording is very compelling.

Arguing with the devil: a play in four acts 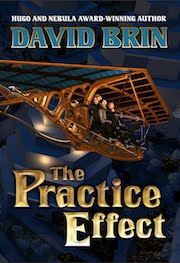 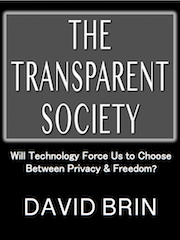 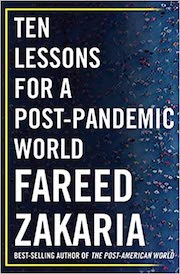