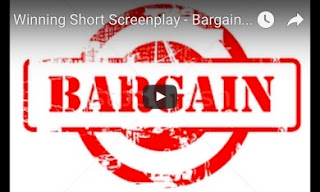 NEWS: my submission - “Bargain” - won the recent One Page Screenplay Contest! The script was performed and posted online by the Los Angeles Feedback Film Festival, with the role of Ronald Reagan well-played by Peter Nelson. Nelson did a fine and fun job with the brief, comedic-ironic part.

So will I receive my accolades at a gala tuxedo event with red carpet? I have this fluffy, backless thing....

One story I did not expect to be "prophetic"... though it deals with prophecy... is "The Loom of Thessaly," about a spectacular, ancient site lurking in the middle of modern, heavily traveled Greece. Only now comes word of a "Lost City" discovered just a few hours north of Athens in the ancient region of ... Thessaly.  Give "The Loom of Thessaly" a read -- from my collection The River of Time! 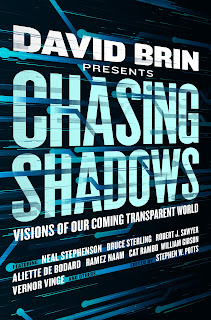 I'll be the author guest at San Diego Comic Fest, along with Greg Bear and Gregory Benford February 17 to20.

Would-be science fiction authors! I’ll be participating as a lecturer at the Santa Barbara Writer’s Conference in June.

On Canada Day, July 1, 2016, my esteemed colleague Robert Sawyer was named a Member of the Order of Canada, the highest civilian honour bestowed by the Canadian government. See Rob's latest novel, Quantum Night. 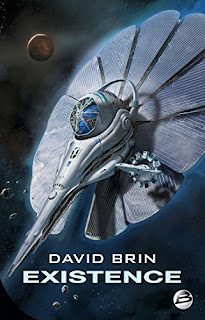 Well it’s about time, c’est vrai! Some of you will want the French edition of Existence — with a cool (if obscurely totally apropos!) cover by Yohann Schepacz, published this autumn by Bragelonne, translated by Claude Mamier.
For his 100th episode, Kevin Tumlinson's Wordslinger Podcast invited me to offer some Big Picture perspectives in an "amazing" interview.  The show's primary emphasis is on the writing process and the writing biz, but also sci fi films and books and how to watch history unfolding around us. A fun and very well done podcast! 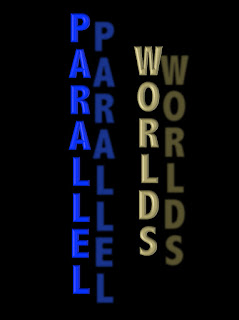 This essay on the history of the concept of parallel worlds is excellent, within its own narrow framework.  It leaves out all non-European versions of the idea, and give short shrift to all but a few treatments in mainstream science fiction. A more comprehensive look might also range from clear-eyed explications like Niven's "All the Myriad Ways" all the way to Vladimir Nabakov's murky, indulgent novel Ada.  Still it is an entertaining article and thought provoking.

Only an Apocalypse Can Save Us Now: Here’s an erudite Harpers piece by Mark Lilla on the varied ways that so many have been transfixed by romantic notions of apocalypse.

Lila laces this rumination on doomcasting with bookish refs to Heidigger, Cervantes, bible, Islam etc. For example, after discussing how pampered people often dive into nostalgia – like so many spoiled American baby boomers -- “La nostalgie de la boue is alien to history’s victims. Finding themselves on the other side of the chasm separating past and present, some recognize their loss and turn to the future, with hope or without it: the camp survivor who never mentions the number tattooed on his arm as he plays with his grandchildren on a Sunday afternoon. Others remain at the edge of the chasm and watch the lights recede on the other side, night after night, their minds ricocheting between anger and resignation: the aged White Russians sitting around a samovar in a chambre de bonne, the heavy curtains drawn, tearing up as they sing songs from the old country. 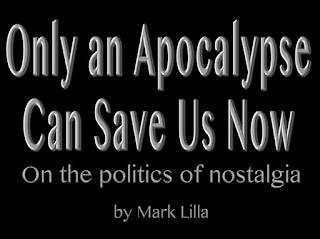 “Some, though, become idolaters of the chasm. They are obsessed with taking revenge on whatever Demiurge caused it to open up. Their nostalgia is revolutionary. Since the continuity of time has already been broken, they begin to dream of making a second break and escaping from the present. But in which direction?” …

Lilla makes a lot of strong points, many of them quite different than my own take on apocalyptic-messianic-millennialist thinking. Yet he points to some of the same historical ignoramuses and hypocrites.

“Apocalyptic historiography never goes out of style. Today’s American conservatives have perfected a popular myth of how the nation emerged from World War II strong and virtuous, only to become a licentious society governed by a menacing secular state after the Nakba of the Sixties. They are divided over how to respond. Some want to return to an idealized traditional past; others dream of a libertarian future where frontier virtues will be reborn and internet speeds will be awesome.”

In the end I was disappointed because he doesn’t even try to glance – even sideways – at the folks who build civilization and who fought and dug our way out of the last apocalypse, the human nadir of 1943, at the bottom of the Concave Century. No glimpse of the greatest accomplishment of our time – turning the attention of millions to building a golden age with our own hands, not lamenting a (mostly fictitious) lost one, in the past.

Least of all does he notice that his own passionate erudition is clearly aimed at helping to prevent  the kind of alienation and despair that can wreck a civilization, that we recently saw in the election. Nor is he apparently aware that he aims to achieve the wonder of science fiction – a self-preventing prophecy – and yet the author’s bestiary makes no mention of folks like him.

Hugo Gernsback, who edited Amazing stories and coined the (unfortunate) term “science fiction, and after whom the Hugo Award is named, also invented the forerunner of today’s VR glasses.  See a glimpse of them in this entertaining article. 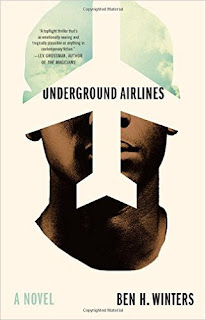 Interesting SFnal concept in a “mainstream” novel, the New York Times bestseller, Underground Airlines by Ben H. Winters. From the review on NPR: “A tale set in a modern America where the Civil War never happened and four states still enforce slavery follows the experiences of a talented black bounty hunter who infiltrates an abolitionist group to catch a high-profile runaway.”

"The future," as the author William Gibson once noted, "is already here. It's just unevenly distributed." Look, I respect Bill immensely as one of our finest and most thought provoking metaphorists.  But why do people keep quoting things that are just plain dumb?  It’s like Yoda’s horrid aphorism: “Do or do not, there is no try.”  Huh? Sure, one can squint and see a comment on wealth disparity, on the one hand and determination to succeed, on the other.  But seriously, you know that’s not what those sayings are supposed to mean.  What they are supposed to mean… isn’t even remotely or in any conceivable sense, true.

In his article, The novel Heinlein would have written about GW Bush's America, Cory Doctorow gives a rave review to John Varley’s delightful Red Lightning.

Author and Futurist Brenda Cooper received the 2016 Endeavour Award for her novel Edge of Dark, a science fiction novel about mankind coming face to face with its past mistakes, as a near-AI that was banished to the edge of known space finds its way home again. The book is the first volume in the author’s The Glittering Edge duology, published by Pyr Books.  Read her terrific story in Chasing Shadows!

Catch this music video on YouTube, a very clever takeoff on the style of Betty Boop cartoons of the 1930s, but this time on the shallowness of ubiquitous cellphone culture.  Pretty good music too, by Moby & the Void Pacific Choir. 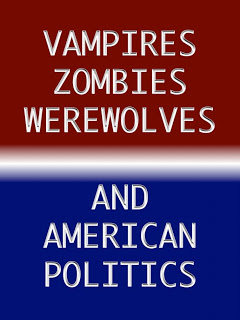 In response to my posting: Vampires, Zombies Werewolves and American Politics, one member of my blogmunity wrote: "I find I have to dispute your assertion, so comfortingly full of truthiness, that "vampire flicks always correlate with Republican administrations. (During democratic administrations, it’s zombies, all the way down.)" This may be because we are using differing data sets, but let's investigate. For science!"

Methods used: searches of IMDB for keywords "vampire" and "zombie", combined with 1-year time restrictions, for years 1953-2016. Data are insufficiently sparse to continue analysis before 1953; besides which, the controls of both the studio system and wartime propaganda restrictions would likely introduce fatal confounders in any case. Test statistic used was (V-Z)/(V+Z), i.e, the relative excess of vampire films as a proportion of the total of vampire and zombie flicks. Comparisons were made to control of the federal Presidency, Senate, and House by major party.

Results: With the exception of two outlier years, 1953 and 1959, vampire films dominated the box office until 1980 regardless of party control of any branch of government. A dramatic shift to zombie films occurs with the election of Ronald Reagan and persists until 1990, when a slow creep back to a slightly vampiric balance occurs. With the election of George W. Bush in 2000, instability in the V/Z balance occurs, settling in 2007 (after Democratic House control is secured) on a distinct zombie preference, a period persisting until the present day.