Alas, the passing of greats...

An unfortunate roundup of passings....

I note the passing of a science fiction legend. My friend and colleague Eric Flint left us, after a long illness. Best known for his his innovative and way-fun slipstream SF novel 1632, Eric then used the enthusiasm of that readership to spawn the most successful and extensive exploration of a shared universe, ever, using it to mentor many rising talents, along the way, particularly through his publishing house, the Ring of Fire Press.

In fact, when it came to raw storytelling – utter devotion to character, consistency and gripping narrative - he was among the best since Poul Anderson. (I had the honor to supply a canonical novella for this vast and wonderful 1632 gedanken cosmos.)

Eric will be deeply missed. 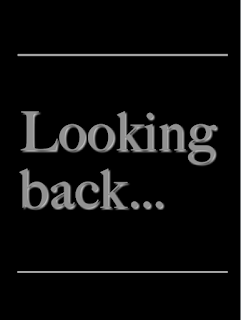 - Alas, trailblazing actress Nichelle Nichols, who was unforgettable in portraying communications officer Lieutenant Uhura in the original Star Trek series and its sequels, has died at age 89. In later years she was active in recruiting women and minorities to NASA. She will be remembered...

-  In addition, scientist and environmentalist James Lovelock, who proposed the Gaia hypothesis that all living organisms on the planet are inter-connected, died recently at 103 years old. I drew upon the Gaia concept in creating my novel, Earth. Lovelock remained active, publishing his latest book: Novacene: The Coming Age of Hyper-Intelligence a couple of years ago.

- RIP also Vangelis, best known for his film scores, e.g. the haunting score of Bladerunner. But also brilliant music that I’ve oft cited. For example, I touted this early work by him that recites visible traits of our planet.... including the last one that we are changing fast. He warned us.... so beautifully.

My favorite of his works... it gives me chills... is “The State of Independence.” The classic version by Vangelis himself offers incredible instrumentals including a spine tingling saxophone.

But then there’s the wonderful version covered by Donna Summer with elements of both disco and gospel. A dose of optimism you may be needing, right about now. In this video.

Oh, here’s one with slightly better sound plus a glimpse of the recording session when the backup group – including a very young (and still black) Michael Jackson shows some early sign of his moves.

Amid all the kvelling on James Caan as Sonny in The Godfather. Meh, it was a solid role done very well. But many of us will always remember the beautiful, understated and poignant portrayal he gave – of a confused but soulful hero-athlete – in Rollerball, one of the most under-appreciated of all SF films and with a plausible warning!

Though he was great in the film Misery, with Kathy Bates. And let us not forget Alien Nation, which became a really rich social science fiction franchise, the first expressing real faith in our unusual civilization bent on flawed but improving tolerance.

On a more positive note…

To help motivate us...I happen (personal quirk) to be an absolute sucker for feminist anthems. Other than political/social motives, I confess I am simply jazzed by the pure sass and gumption of songs like “R-E-S-P-E-C-T” and “I am woman, hear me roar,” all the way across the spectrum to “Girls Just Wanna Have Fun!” ….  But my favorite is “Sisters are doing it for themselves!” - this version in which the great Aretha Franklin joins the Eurythmics simply kicks ass!  How can you watch this and not tap your feet… and sing along and (if you’re male) say “yes ma’am! Tell me what you need done and I’ll help you get it done.”

Finally... A fascinating riff on how not just sci fi but children’s literature in Soviet times satirized how a people can kowtow to power.


Not being a country music type, I only came across "The Pill" a few years ago.

That and those other songs of defiance are a welcome spit in the face of patriarchal backwardness.

I hope they turn up in a few campaign ads.

Tangentially related: The anthem for the 80s film "Working Girl," about a woman facing off against workplace challenges. "Let the River Run" also celebrates young people and the liberating environment of cities.

(Ah: "Simon has stated that she found inspiration for the lyrics by first reading the original script, and then the poems of Walt Whitman. Musically, she wanted to write a hymn to New York with a contemporary jungle beat under it, so as to juxtapose those opposites in a compelling way.")

In follow up of last posts "science stuff". Alas, human ingenuity has always been directed to potentially destructive tech. And while I'm not much of a gun person this video was fascinating. It is an electromagnetic coil gun that operates off of a cordless drill battery. In fact you can in a pinch fire cordless screwdriver bits. So far it is along the lines of something you'd use to chase off bunnies on your lawn, but as a bit of "SciFi Weaponry" it is seriously cool.

Ah, the passing of SciFi writers and actors. The Greats have already left us (Asimov et all), the Near Greats are starting to go. Who in the current crop of new talent will take their place?

She will be missed indeed. On the other hand, at least she got to see her legacy enshrined in the official Trek universe, with the Reliant-class USS Uhura and the Starfleet Academy museum display about Capt. Uhura's five-year mission to the Lesser Magellanic Cloud with USS Leondegrance in season 2 of Star Trek: Picard.

The Ediacaran Cylons: Our Biological Nurseries and Mentors

Superman had the fortress of solitude and we had the biological machines/nurseries of the Ediacaran.

Dickinsonia and the other Ediacaran were not uplift coded. They were supremely designed biological machines. Viruses and disease trigger “evolutionary” responses in the uplift coded. But the biological machines of the Ediacaran blocked these changes making them functionally immune to all bacteria and viruses. They were a machine designed to protect and nourish the lifeforms that we are now. They were not supposed to leave any descendants.
Where did you get the idea of for uplift?
https://www.marsemb.com/aliens/

Tacitus, see how I am nurturing new SF writing talents! The "Out of Time" (or "Yanked!") series: Only teens can teleport through time and space! Dollops of fun, adventure & optimism for young adults. http://www.davidbrin.com/outoftime.html

Ah, the passing of SciFi writers and actors. The Greats have already left us (Asimov et all), the Near Greats are starting to go.

I'm going to churlishly argue that there are still plenty of great SF&F writers. They don't stand out from the pack because there are so many more writers, writing better, than in the glory days of yore. It's easy to be a Great when your competition are hacks — it's a lot harder now when so many great writers are writing.

But there are amazingly great writers out there, way too many to read them all, even if (like me) you're limited to only English.