A worrisome state of the State

A lesser political missive, this time... but still filled with important matters.

Amid all the wretched traits of last month’s State of the Union speech - the outright lies and refusal to mention the climate change* that might end civilization - one sentence went almost un-noted by most media.

It's when Donald Trump asked Congress to let cabinet members fire anyone they like. A few pundits did call this an attempt to 'cow the FBI.' But in fact, it is much more - a direct assault on the very concept and American tradition of an apolitical civil service. 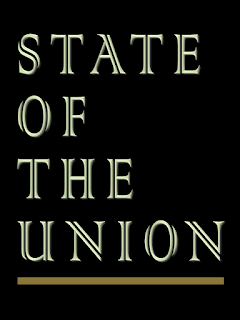 “Tonight,” he said, “I call on the congress to empower every Cabinet secretary with the authority to reward good workers—and to remove federal employees who undermine the public trust or fail the American people.”...

In other words, Trump is calling for an end to any semblance of independence for the IRS, the FBI, the Department of Justice, or any other federal agency.

It goes back to 1883! The Civil Service Act established that federal positions (below the top secretaries and political appointments) should be awarded on the basis of merit instead of political affiliation. It was a milestone of western civilization, ending the "spoils system," and for 135 years it let Americans grow accustomed to public servants who - if often nerdy or even officious - were seldom corrupt or grotesquely biased.

Professionals, they do the myriad jobs that keep the most complex civilization of all time spinning along vastly, vastly better than all of its predecessors. Combined. The Civil Service Act protected them from zealous over-reach by FDR, fully as much as they now frustrate the Murdochian quest for feudalism. (Oh, how conservatives will scream for it, when Democrats are back in charge.)  See how far back I've been hollering about this.

This is part of an overall putsch against all "elites" who might resist feudalism's return. The War on Science extends to journalism, medicine, law, teaching, economics and now the "deep state" FBI, intelligence agencies and military officer corps. And above all civil servants.

Name an exception! You must challenge your mad uncles to name one profession of knowledge and skill, that's not under attack. He'll sputter in impotent anger and he won't change his mind, such a lackey he is, to the new plantation lords.

But his wife is quietly listening.

(* North Pole surges above freezing in the dead of winter, stunning scientists.Arctic temperatures are warmer than ever recorded in February.)

Um... Brin linking to... Breitbart? Well, it shows that I don't insulate myself in a closed Nuremberg rally (like they do.) But also it's important to note when evidence partly contradicts a theory of mine! Apparently, after surging for nine months, under Trump, naval tensions with Iran in the Persian Gulf have eased recently, at least briefly counter to my expectation that both the GOP and the Iranian mullahs sough a "Tonkin Gulf" or "Gleiwitz" pretext for war.

Now, taking anything from Breitbart's lie-fest as at-best provisional, I will certainly watch carefully for signs that I am wrong, in my huge pile of reasons to believe that all the world's tyrants want a nifty little Tomahawk War in the Gulf... followed quickly by a northern neighbor stepping in and collecting every marble. The logic still holds. But boy do I want to be wrong!

Oh, but liars gonna lie: Breitbart turns out to be giving half the story. A more reputable link shows that Iranians are replacing easily detected boats with smaller, quieter drones.

Here's the crux, though. Why do we keep naval units in the Gulf... at all? It's no longer very strategic. Under Obama, the U.S. achieved virtual energy independence! Even Europe is less dependent, making it less and less defensible to keep a carrier task force hemmed in a vulnerable corner where chaos reigns.

Yes, every Republican president rushes to war, so watch out for Reichstag Fires. Still, this is so flimsy, I bet the American people won't buy it. 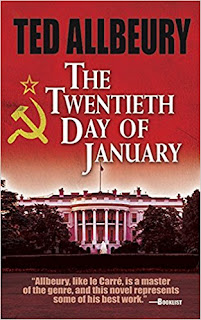 Speaking of justified paranoia. Some of you have seen links to this 1980s thriller novel about a naively arrogant businessman who astonishingly wins the Republican presidential nomination, then the election – with help from the Soviet KGB. The Twentieth Day of January, written by British spy author Ted Allbeury in 1980 and just reissued in the U.S., has stunning relevance, especially when combined with The Manchurian Candidate.

‘The new president, according to his campaign manager–cum-sleeper agent Andrew Dempsey, enjoys the trappings of office “like a kid in a toy shop” but is somewhat fuzzier on policy beyond promising “to slash taxes, cut unemployment, and achieve peace on earth.”’

Snippets that say so much: (1) The planet just had its hottest 4 years in recorded history, while confederates fiddle in denial, Earth burns.

(3) Ah, leadership, inspiration and morale. In Trump's first year in office, 34 percent of top aides have either resigned,been fired or moved to different positions. That level of turmoil is off the charts compared with recent presidencies. This tabulation of indictments and convictions of senior administrationofficials since 1968 shows a simply stunning disparity between Republicans and Democrats. Note that this compilation was made before Donald Trump took office, and hence the GOP figures would by now be staggeringly worse.

Name an era when "America was great." No matter what decade you pick, public service wasn't like this. Nor was there a war on science and every other fact profession.

== Bias in an adversarial process ==

Does anyone in politics or punditry have three neurons to scrape together? Trump supporters scream “bias!” because some at the FBI, or Fusion GPS, or or Robert Mueller’s team may have - despite Mueller’s scrupulous efforts - displayed distaste against Trump or even Republicans. “Bias!”

Alas, Trump opponents should have a trivial answer - one that no Democrat or journalist or independent public figure has spoken, to my knowledge. That answer is… “So?” I mean prosecutorial bias? Horrors! … Um, *not!*

Dig it, our justice system - like markets, democracy, science etc. - is designed to be adversarial!

There is no need for investigators or prosecutors to be completely disinterested or impartial, so long as they follow well-known standards of conduct and subject their behavior to defense discovery and scrutiny. Eagerness to “get that guy” is their job!

Take Ken Starr, whose relentless pursuit of Bill Clinton cost the taxpayers upwards of a hundred million dollars, put the nation through hell, and finally came up with just one thing: a husband desperately fibbing about some consensual-adult 3rd-base infidelity in a hallway. That… was… it.

Sure, the whole Starr Chamber witch hunt was disgusting political theater, but among all the decrepit lunacies of that affair, the least noxious one was “these investigators blatantly dislike the guy they’re investigating.”

Starr and his pack committed innumerable lies, torts and even criminal offenses. But enthusiasm for their goal was not one of them. So long as a skilled defense team has full access to every action and datum… and so long as the courts are fair and unbiased… then prosecutors should certainly want to succeed at prosecuting.

All of the current, desperate confederate whining against Mueller et. al. is far beyond hypocritical. It isn’t remotely logical! And it is a sign of the microcephalic stupidity of liberals, that they are unable to pause, perceive this counter-meme - and a myriad others - and actually respond with knife-like logic. Caught between evil-treason on one side and stupidity on the other… what can we do? 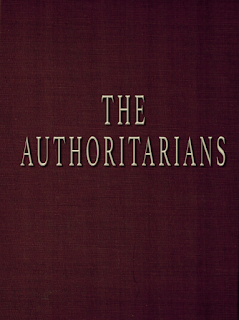 Highly recommended by many: The Authoritarians by Prof. Bob Altemeyer. One of you summarized “Altemeyer reported the nucleus of the authoritarian mindset was the belief that "It's a dangerous world." From this, all else follows. The idea that the Strong Man at the top must be obeyed and believed, because he will protect us from that Dangerous World. The gut emotional response that any evidence that contradicts the Authority must be Fake News. The eager embrace of violence, the consistent hypocrisy, all of it from fear of the Dangerous World Out There.”

Indeed, this jibes with the findings of neural scientists that Republicans tend to have much stronger fight-flight-fear reactions and also easily triggered disgust.

Finally, the Morality Police not only gave Two Scoops a mulligan on using a prostitute while his wife was nursing their child... and all the other openly avowed P-Grabbing crap... but now the GOP finance chair resigns for sex scandals... and it happens to be one of the world's top Gambling Lords. Another casino mogul funnels laundered "profits" through his Macau clubs to the GOP from a foreign government. Um... our parents' version of conservatism disliked gambling, prostitution, slumlords, divorce, lying and bullying. Oh, and treason.