The Tax Bill: aspects that no one (at all) will discuss.

It seems that the GOP, which has owned every branch of government and lever of power, since January, will at last have an "accomplishment" -  a Tax Bill they admit will add a trillion dollars to the national debt, while offering last-minute gushers for real estate developers, banks, hedge funds, the oil industry, lobbyists and aristocratic heirs…

… all of it without spending a red cent on infrastructure, which would have generated high money velocity and growth, while fixing actual bridges, actual roads we use. 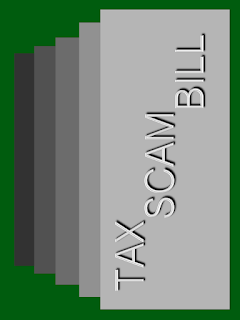 To distract from this raid on our children, the oligarchy offers up more magical incantations of Supply Side “economics,” proclaiming that this time the oligarchs will spend their windfall on R&D and productive capacity and jobs… unlike every single other time, when they spent it all on passive asset bubbles, exactly as Adam Smith predicted, back in 1776.

Smith warned that aristocrats — like the ones our U.S. Founders rebelled-against — tend not to spend infusions of cash on risky capital formation, or research, or factories. Generally 90% of them will plow it into ‘rent-seeking’ assets like stocks or land, where they can passively collect dividends or gains.  (Note that every tax break in this bill favored passive income, not wages you actually earn through work.)

As in King George’s time, top cronies adjust the laws to favor rent-grabbing assets over innovation, production or work. Smith would be outraged today… but not surprised.

Of course there is an end game to asset bubbles, and that end-game is the elephant in the room! One that, so far, no clever pundit has raised, amid all the yelling over this tax bill... an important aspect of the legislation that matters far more that the petty attacks on higher education and science, or the open war waged upon Blue States. I'll get to this invisible pachyderm, in a moment.

But pause first to congratulate the victors! The same folks who howled that Democrats passed the ACA (‘Obamacare’) in "just a year," holding open, public hearings for just 6 months in just five committees… those same complainers have now passed the biggest tax bill in history with ZERO days of hearings, with scribbled margin notes enacted into law, forging this trillion dollar raid for billionaires in top secret and passing it in the dead of night, amid a festival of lies.

What you fellahs do is evil. It is treason. But you do it very well.

== The real reason for the tax cut - an oligarch exit strategy ==

Critics of the Tax Bill point out that benefits to aristocrats are locked in, while much smaller cuts for working people fade quickly and turn into tax hikes, over a few years. That’s a travesty, of course.  But also a distraction, because we're left with an impression that the biggest change - slashing corporate tax rates - has little to do with the top-rich families of the country.

We're assured corporations will then invest it all in R&D, in new products, in factories and jobs. But... 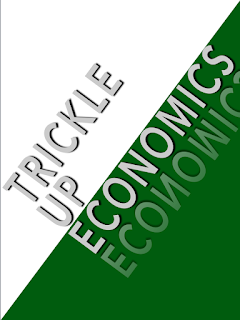 1) Again, across 40 years, this Supply Side incantation never came true. Ever. Once. The eras of highest U.S. growth, rising wages and middle class health all took place under high tax rates established by the Greatest Generation, in the 1940s, 50s and 60s. Except for the JFK rate cuts, every other cut was followed by reduced growth rates.

(See: Comparing the GOP tax plan to what it was like prior to the great depression.)

2) For the 2nd half of the Obama Administration, corporations have been mostly very profitable. They already had tons of cash on-hand, in the USA, to invest in production, jobs or R&D, but those investments declined. Their bulging cash larders were spent instead on dividends and stock buybacks that helped their CEOs to meet performance criteria for their vampiric option plans.

3) Any “competitive disadvantage” from other nations’ lower corporate rates might have been dealt with by negotiating a world treaty balancing such rates. It’s happened before! Sure, negotiations might not work, this time. But there’s no mention of even trying, only a race to the bottom.

4) Those who used to lie - claiming they care about deficits and debt - are suddenly shouting “squirrel!” and pointing offstage.

5) If this Tax bill had anything to do with investment in new products etc., it would have targeted to incentivize R&D, new factories and jobs. Instead, this was left as only a vague, armwaved promise. There is a reason.

== They need an exit from the bubble they created ==

Look across the era since Adam Smith wrote The Wealth of Nations. Every generation of Americans since then has witnessed attempted political and economic putsches by would-be aristocrats gaming the rules so they can get richer without working or producing. Instead, as Smith described, they heap wealth into passive (rent or dividend or capital gains or parasitic-commission bleeding) assets. They do this because it’s far easier than putting “skin” into actually producing goods and services.

They also do this because sweetheart legislation makes it a great deal! But the smart ones know there is a price.

That price is an ASSET BUBBLE.  We’ve seen many in our lifetimes: commodities, housing, real estate, banking and now a hyper-inflated stock market, with price to-earnings ratios that seem straight from the Twilight Zone. Those who piled their earlier tax largesse into asset bubbles know the great times always end. 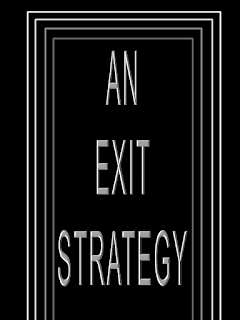 And hence, being clever, they always plan an exit strategy, for when the bubble bursts.

The dream strategy concocted during our previous two bubbles used to be "privatize social security!"  Get every middle class bumpkin to funnel his or her SSI account into stocks during a market peak! Fill equity markets with Greater Fools to sop up bloated assets, so the current (rich) owners can cash-out at top prices.

So what's the plan now?

Send hundreds of billions of tax-bennies to already profitable corporations!  Without any requirements or incentives to actually spend any of it on R&D or factories or jobs, members of the inbred, incestuously conniving “CEO caste” of 5000 golf buddies will know what to do, with a nod and wink.

Accelerate their already absurdly massive stock buy-backs!  (There are reasons why this was illegal, during the Greatest Generation.) Break the U.S. budget subsidizing companies to squander their futures, giving money to current stockholders... buying up stock that the moguls know will soon plummet in value.

We stopped their earlier scam, but this time — by skulking in secret and at night — they will get their way.

How can you benefit from this insight?  The wise will wait till the first buy-back crest brings equities to their final peak, then sell. Get out before the middle gets crushed again.

Oh, it may work. Only they are counting on us never noticing. And that could be a mistake.

“There are two ideas of government,” William Jennings Bryan declared in his 1896 “Cross of Gold” speech. “There are those who believe that if you will only legislate to make the well-to-do prosperous their prosperity will leak through on those below. The Democratic idea, however, has been that if you legislate to make the masses prosperous their prosperity will find its way up through every class which rests upon them.”

That was more than three decades before the collapse of the economy in 1929. The crash followed a decade of Republican control of the federal government during which trickle-down policies, including massive tax cuts for the rich, produced the greatest concentration of income in the accounts of the richest 0.01 percent at any time between World War I and 2007. Those disparities were brought to their minimum under FDR and Eisenhower, with tax rates and policies that were ratified over and over by the Greatest Generation.
We need to study them, and how they achieved all that they did in a spirit of moderation and enterprise. Especially, how they veered away from dogmatism and craziness, just when it seemed overwhelming.

One major danger of the right's current madness is that the left might over-react, returning to its own past insanities. The Evonomics site is where calm, rational, brilliant scholars & others reveal how cheaters have betrayed not just the poor and middle class, but also enterprise, innovation, genuine market economics, common sense, national self-interest and even Adam Smith! The articles and studies get better and better, making the clear case that market enterprise works, but only when cheating is tymied. (I've published a few there.)

If your cousin is one of that vanishing breed - a residually sane Republican - take her to Evonomics and tell her: "Only you can save enterprise capitalism from its age-old foe. Not socialism so much, but feudalism."

Which brings me to my question. You’d have to be deaf and blind not to see the signs of a growing movement of American conservatives who are fed-up... not just with Bannon and Putin and their Trump, but with Rupert Murdoch and the insanity promulgated by Clear Channel Radio. Signs are all there - especially among the Mormons - that vigorous conversations are afoot about holding a convention of Sane American Conservatives.

Here's a parallel event, showing how it happened, in the past. If the dems could do it, why not you guys?

Hence my question. Surely some of you have been approached by now? By people desperate to save American conservatism, before it is too late?