Hypocrisies from the past and future

Oh the two-faced silliness.  The new "election fraud commission" has demanded information - including social security numbers - of every voter in America, without even setting up a secure and vetted site and infrastructure to receive and secure the information. And that sets aside the Orwellian aspects of the plan. 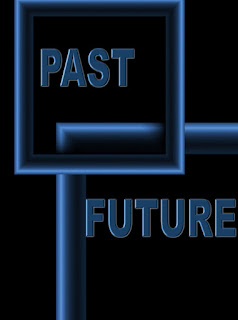 To be clear, my resistance is not purist or reflexive. I would happily support a major beefing up in voter ID if it were part of a negotiated deal that included:

(1) massive compliance assistance to help poor people, divorced women, the elderly etc to actually get proper ID. (Without this, every single person shouting about Voter ID is a pure hypocrite.)

(4) an end to gerrymandering.

Dems should say: “Fine. You give in on those four honorable and reasonable things and we’ll consent to a massive, five year program to ensure all votes and voters have proper ID.

Refuse those reasonable things and all you prove yourselves to be is hypocrites.  Well... that and outright cheaters.

Don't think that "Repeal, don't Replace" is a bug -- it is a feature.  To be clear, even the draconian-stupid-cruel House and Senate bills on the table do not actually rescind Obamacare rules. They merely tweak factors and conditions and amounts and thresholds within Obamacare! Which would be fine, but for the outcomes, which are universally bad for everyone. Oh, and the hypocrisy of raging against a program that had been the GOP's original plan, all along! Including the Individual Mandate... all part of the Republican Platforms - and RomneyCare - for a decade. That is, till Obama touched it and gave it cooties.

The principal effect that folks and press foresee will be tossing 24 million off health insurance and sending us back to double digit health cost increases.

But that masks the main GOP priority, and top effect, which will be to give the top 0.1% a huge tax cut. They know that supply side voodoo cuts for the aristocracy have never delivered predicted benefits. Not once. Ever in any place, at any time, in any context. But they figure they can eke through one more in this way.

See a superficial but informative - if a bit biased - overview of the darker side of transhumanism: "The Techno-Libertarians Praying for Dystopia." Every paragraph of this essay contains insights and truths, especially about the clade of unsavory ingrates who were given everything they have by enlightenment civilization, and who respond by gleefully pissing in its patient and ever-generous face. 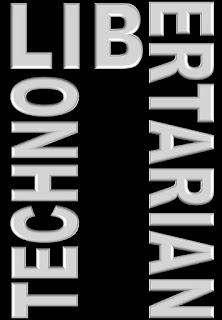 Beyond failing to note this ungrateful hypocrisy, the writer - Mark O'Connell - alas falls short in dozens of other ways. For example, he fails to note that human improvability or augmentation or even transcendence do not have to lead straight back to feudal-style hierarchies - though, yes, that is the aim of raving neo-feudalist Holnist wannabes -- dreamy putzes who hilariously assume they'd land on top, in a dog-eat-dog world; when they would be bitches or kibble.

In fact, going back to Wells and Asimov and Heinlein, there have been thinkers who pondered how equality of opportunity -- at least in generous spirit -- could continue in a future that offers countless options to all. The very same enlightened attitude that brought us here, out of feudalism's festering 6000 years of delusional stupidity.

O'Connell quotes libertarian maven Peter Thiel: "I no longer believe that freedom and democracy are compatible.” And I throw up my hands over the insipidity of alpha-minuses who cling desperately to the delusion that they are alpha-plusses.

Really? Dig this, neither freedom nor democracy are the deep fundamentals at issue here!

We treat them as sacred things, because only by sacralizing them can we give them the devoted protection that they need, in the face of other, older and nastier axioms. But in fact, Democracy and Freedom are fundamentally justified by their undeniably spectacular effects.

They are both pragmatic tools that empowered the Enlightenment to achieve the one, central invention that created our renaissance of science, productivity and low error rates.  The one thing that enabled us to create positive sum arenas which ended vast wastage of human talent (typical in other societies) and whose outputs have been staggeringly and exponentially greater than all other human cultures. All others, combined.

It should please my libertarian friends - those not steeped in randian masturbatory fantasies - that I deem the core desideratum to be competition. Or more exactly: reciprocal accountability, the essence I described in The Transparent Society. Adam Smith, the American founders and the great transformative scientists all know that human beings are delusional... indeed, so will be AI! 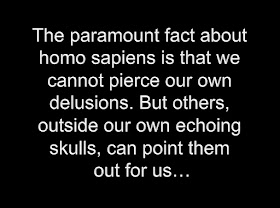 The paramount fact about Homo sapiens is that we cannot pierce our own delusions. But others, outside our own echoing skulls can point them out for us, a service provided by our competitive arenas: markets, democracy, science, courts and sports. (But not yet provided by the Internet!)

Freedom and democracy are good things. But their primary justification and utility arise when they serve as ways to open up reciprocal accountability, criticism and error-correcting competition. To be clear, you cannot get actual, flat-open-fair and transparent competitive arenas without freedom or without democracy.

Without the miracle invention of reciprocal accountability, we would soon be locked back into some feudal or quasi-feudal hierarchy, drenched in delusion and error and voluptuous incantations that self-serve a circle-jerking elite...

...exactly the format that crushed the hopes of 99% of our ancestors, leaving us mired for 60 unnecessary centuries in crushing filth and ignorance. And that is exactly what these deeply deficient mental onanists yearn for.

Late last year, next to the ruins of ancient Niniveh, the Tomb of Jonah was liberated from ISIS.

I deem Jonah to be among the most important books in the Bible and one that you (yes, you) should read carefully. It is important for the book's lesson that fate is not 'written" or locked-in. No doom is sealed in advance! God can change his mind.

And the implication is both philosophically consistent with all we know about the objective universe, from quantum mechanics to complexity and the Butterfly Effect, and it offers a clear-eyed refutation to some of the worst fanaticisms spewed by some of our neighbors.

Even if you believe the noxiously sadistic Book of Revelation (whose character is the opposite of Jesus, in every conceivable way) to have been a sincere prophecy, at the time that John of Patmos dreamed it -- all that means is that... God... changed...His ... mind.

Think about it. Jonah makes clear that He can and does change his mind. And hence, we have a perfect answer to those Revelation-zealots who rub their hands in gleeful anticipation of nearly all their neighbors - fellow citizens - suffering the fates meted in that loathsome book. Sadistically eager for us to suffer eternal damnation, they relish a looming end to all the things that make us human -- ambition, uncertainty, courage, striving, improvement, art, argument, endeavor... yes, and democracy. And oh, yes. They pray for an imminent end to the United States of America.

Now think about it. The Biblical God made threats and then relented, lots of times. And yes, he carried through on some threats! Only dig this: it never took Him more than a year or so, to decide. Not once, not ever, did it take 2000 years.

Hence, even if the wrathful ravings of Patmos really were God's intention, around 70 CE, we can pretty much assume - with confidence - that a loving God not only changed His mind about the awful BoR (even assuming He/She/ ever even made that awful threat).

Moreover, given the spectacular successes of science and our recent enlightenment civilization - outperforming all predecessors, combined, by orders of magnitude, in every human desideratum, from freedom and knowledge to fun - we can hope this means that He will safeguard us from such people getting their ignoramus hands on the tools that science gave us. (Just look at the fantastic images that our loyal space probes are returning to Earth, and tell me what's magnificently sacred action.)

This is more than enough reason not to race to impeach Donald Trump!  His leaky, ill-disciplined and silly administration would be replaced by Mike Pence and a sweeping takeover by utterly disciplined Dominionists, bent on one thing -- apocalypse. A Pence White House would not leak. It would be hell-bent, literally, on ending the world.

To sample the BoR and up your education about what those people actually believe and want, see Patrick Farley's fantastic depiction, as a Pokemon Manga.

Ever think the English language is strange? This article shows you some aspects you never knew, that are fascinating ...  indeed!  Take this example:

“Adjectives in English absolutely have to be in this order: opinion-size-age-shape-colour-origin-material-purpose Noun. So you can have a lovely little old rectangular green French silver whittling knife. But if you mess with that word order in the slightest you’ll sound like a maniac.”

I agree though there is a way-out, by using a hyphen to turn any pair of adjectives compound. ‘French-green’ or ‘old-French’ or ‘green-lovely’ can sound a bit odd, but suggesting you know something the reader doesn’t know, and inviting them to suspend the rules. We do it all the time in ferric-ironic interstellar-cubical California-new science fiction.

Gmail lets you store “canned responses” so you don’t have to retype the same stuff dozens of times.  You can then fill in whatever is unique, each occasion. Though… I’ve done this using Quickeys for 25 years.

davidbrin.blogspot.ca – the Canadian repeater for this site - has been tagged with a "sites whose addresses have been found in spam messages" rating and as a result is being blocked by some content management software, e.g. Trend Micro and Bluecoat . There are no issues with the site. (Thanks Glen Mackey.)

For your health... pay attention to what you eat: Foods to decrease your chance of heart disease.