Does philanthropy play a role in making bright futures?

Independence Day is a good time to reflect on the big picture. Like "what will it take to create a civilization that's truly worthy of the name? One that might be much better than ours, because we planted seeds to make it so?"

It can happen! Every single day, more than 200,000 human beings exit grinding poverty and another 200,000 or so depart mere poverty and enter something that could be called "lower middle class," with electricity, potable water, a safe roof and kids in school. That's every day, so clearly some combination of efforts by entrepreneurs, governments and donors can work... just not fast enough. There's always a desperate need to speed things up.

Yesterday I had lunch with Keith Kegley, who has helped develop Social Venture Partners into a dynamo in the philanthropic world, by guiding groups, NGOs, and individuals to invest in ongoing enterprises that do good -- many of them while at least breaking even, or perhaps making enough money to plow back into more positive sum activities.  SVP has 3000+ partners, from Boston to Bangalore.  Great, world-changing work, Keith.

I've been writing about philanthropy for twenty years. The most important pair of concepts I've pushed deal with two ends of the giving spectrum...

...how to convince zillionaires to get more involved...

...and how each middle class citizen can maximize impact to help save the world, according to her or his own, quirky standards. A method that's inexpensive and so easy it might even be called lazy, but that lets you check off boxes -- "I want someone to deal with that... and that" -- so each year you can confirm: "I'm one of the good people, not part of the problem."

We'll return to both of those concepts in a bit. But first...

== (Almost) the world's most successful entrepreneur weighs in ==

Amazon chief Jeff Bezos stirred a lot of discussion with his tweeted request for ideas/suggestions for how to do well-targeted philanthropy.  A great question! Here's my tweet response: 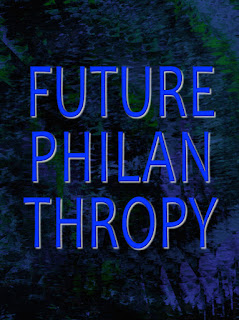 "Jeff, years ago we spoke of getting ALL zillionaires to do this. e.g. via a catalog of pre-vetted projects."

Here's a more extended answer that I sent by email:

Jeff, you may recall how once, over dinner, we discussed my paper about a core problem (and solution) for philanthropy.

- Host a series of fascinating meetings, asking top visionaries and practical solvers to create a list of projects needed by the world and by people -- a catalog that's pre-vetted for plausibility.

- That catalog would make a great book, inspiring folks to look at ambitious projects. (Some with long range profit potential.)

- The meetings, arguments and vetting could make a great TV series! That, by itself, might do good, even when a project is rejected.

- If just two or three other well-off families were inspired to take on a catalogued project, the multiplier effect could be huge.

I'll discuss this "EON" concept a little more, below. But first, some illustrations of how seriously some folks take the need to prod at the definitions of "giving."

Michael J. Totten and Brian C. Anderson discuss the rising homelessness facing Portland, Oregon. Within their dialogue they discuss Dignity Village, an informal homeless “city” democratically organized by residents and privately maintained. Over time, the village evolved from a typical homeless camp to a neighborhood of tiny homes. The village prohibits drug use and self-regulates its membership while requiring no tax-payer funds.

Along similar lines, Nolan Gray elevates our view of trailer parks by highlighting how they represent one of the last market-based, low-income housing solutions. Moreover, Gray explains, these neighborhoods bear aspects of traditional urban design as well as a blend of individual choice and private governance. While not failing to recognize their inherent challenges, Gray brings the virtues of spontaneous community order into focus. 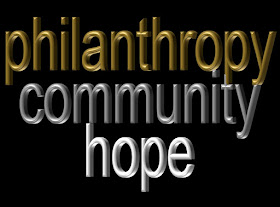 These articles, published by my friends at the Philanthropic Enterprise, represent the last, fading glimmers of grownup, generously positive-thinking conservatism, extolling the benefits of self-organizing communities that do not wait for largesse from cumbersome governments.

By the way, that spirit is also expressed by author Brenda Cooper in her story “Streetlife in the Emerald City,” in our recent anthology, Chasing Shadows.

Alas, it will be more plausible to listen to the well-meaning Philanthropic Enterprise folks when we finally hear them admit: “Yes, 90% of the U.S. right has gone stark, jabbering, treasonously insane and this resurgent confederacy must be defeated. But, while we join all decent Americans in thwarting the fox-feudalist lunacy, we’ll also nurse the embers of a decent, not-socialist tomorrow.”

(Okay, I won't insist on exactly those words. How about just: "Supply side never worked. And Rupert Murdoch has deeply harmed American conservatism. And let's oppose feudalism as vigorously as we oppose Big Brother government."  I'll settle for that.)

But let's get back to the big picture. Is the world improvable by human intervention?

Nostalgia is a condition that all humans produce, often evoking either pain or pleasure, or both.

It can also be one of the “addictive mental states” that I’ve written about, which trigger chemical releases that become compulsory.

Not all addictive mental states are unwholesome! We are addicts to our kids, love, friendship and the exercise of profound skill.  Others, like sanctimony and rage, can be as driving and as destructive as heroin. See: Indignation, addiction and hope: Does it help to be 'mad as hell?'

Nostalgia's debilitating effects are more subtle than rage-addiction. But it can be almost as deeply harmful, undermining our confidence that problems can be solved with goodwill, pragmatism, negotiation and belied that our parents and grandparents weren't fools. They believed in us and we can prove them to have been right.

Ah, but there's another mental disease. One that is closely related to nostalgia.

People keep asking me why -- given that the most noxiously dangerous madness is currently on the political right -- I keep reminding folks to also keep a way eye on the far-left. The reason is simple.

Romanticism should stick to novels, poems and movies. In politics it turns deadly and generally does evil.

Take just one trait that nearly all zero-sum, romantic-transcendentalist-dogmatists share. That trait is TELEOLOGY. A tendency to assume that history has a predictable pattern that it is destined to follow. (Bear in mind, below, that I actually quite despise the so-called "left-right political axis" -- a metaphor that is lobotomizing, dumb, inaccurate and misleading; but we must use it because so many romantics self-define that way.)

Simplistically-speaking: leftists tend to believe that history has a direction, toward upward progress that's unstoppable. They almost never contemplate the implications, but they do believe in upward teleology.

Rightists tend to glom onto different versions of teleology -- generally "cyclical history."  They often declare that civilization is fated to rise and fall, going back well before Oswald Spengler's infamously stupid screed "The Decline of the West," and Hitler's loony Horbigger Cult of cyclical falling moons and so on. See also the dumb and easily-refuted "Tytler Calumny" that rightists use to slander democracy. And the more recent alluring incantation called the "Fourth Turning."
It doesn't matter that professional historians, statisticians and others who actually seek such patterns never, ever find them. Both teleologies are purely incantations, designed to flatter the believer's biases.

The leftist gets to murmur: "we shall overcome, no matter how many troops the Czar has!"
The rightist gets to mutter: "No matter how much so-called "progress" you bastard reformers make, it will inevitably get trashed and go to hell!"
Different dreams but the same romantic-teleological twaddle.

How does this relate to philanthropy?

Because generosity to the poor -- or the planet -- has grown up a bit and become fixed on outcomes rather than the old emphasis -- benefiting the soul of the giver. Both romantic mythologies -- focused on either inevitability or futility -- stab at the thing that is making all the difference in the world: pragmatically vigorous reform. Negotiated and practical action. Vigorously confident belief in both a commons and entrepreneurship.

Awareness that the odds have always been stacked against this enlightenment renaissance. But determination to make a whole new path for history, despite the impediments of romantic fools.

Clear-eyed examination of the guilty past can find both cause for reflective regret and also surprising glimpses of decency, as people adapt to change. This moving little piece tells one such tale.

Vaclav Vincalek has an interesting series of podcasts on information, data, programming and such.

All right, one admits to mixed feelings about this video, combining admiration with outrage. With appreciation of precocious competence!