Let's take a breather to look at one thing that's still going great -- among many in our maligned and under-rated civilization -- the pace of scientific and technological discovery, for example:

Facial recognition has progressed to a point where "dysmorphology" - the diagnosis of rare diseases - can be accomplished (initially) by computer analysis of a child's or adult's features.  This could be a valuable addition to the tools that we pioneered in the Tricorder XPrize contest, enabling quicker diagnosis and care in the field.

Of course, it also raises chilling awareness of how far facial recognition tech has come... and how utterly useless will be any vain efforts to ban or restrict the technology.  Especially when it becomes capable of some degree of lie detection.  These tools will either be monopolized by elites (leading to Big Brother forever) or else used by all of us to hold accountably lying politicians and so on (Big Brother never.)  You decide. Better yet, see these possibilities explored by brilliant authors in Chasing Shadows. 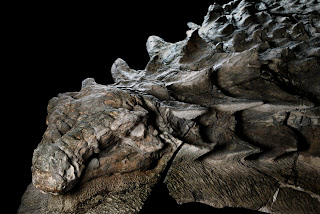 Speaking of facial recognition, how about a dinosaur that is so well preserved that it “might have been walking around a couple of weeks ago,” as revealed in this spectacular find of a nodosaur in Canada. Skin, scales and yes a face.  “As it lumbered across the landscape between 110 million and 112 million years ago, almost midway through the Cretaceous period, the 18-foot-long, nearly 3,000-pound behemoth was the rhinoceros of its day.”

Elon's latest startup - The Boring Company - wants to dig tunnels under cities that can convey you past street traffic efficiently and end congested jams. Dang. (In fact, I worked a bit on this, thirty years ago with an idea for a "resonant-frequency drill" that was impractical then... but maybe it merits a fresh look?)

Physicists at the University of Houston have discovered a low-cost, efficient, and easily available catalyst that can split water into hydrogen and oxygen, using solar to power the electrical current used to split water molecules and produce hydrogen for energy. 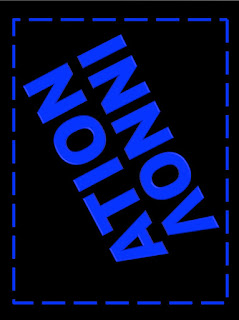 Amazing innovation? Or long-ago predicted in sci fi? Introducing “hearables” that consist of two waterproof earpieces, each equipped with a speaker, microphone, gyroscope, accelerometer, 27 biometric sensors, and a 4-GB hard drive in the right earbud to store music. Okay, soon. But present day hearables can already track your body temperature and heart rate, interface with a smartphone, allowing you to answer a call with a lift of the chin and shuffle your music with a few shakes of your head. Hearables also let you search the Internet just by speaking out loud — like an Amazon Echo that follows you anywhere.

Yes, I portray something prescient and similar used in my novel Existence, interfacing with augmented reality specs. (I also posit people won’t shout commands but instead use tooth clicks and “sub-vocal” larynx signals. In fact, the latter was forecast in Earth (1989).

In a rather shocking experiment, Chinese researchers grafted the head of a smaller rat onto a bigger one while keeping the brain safe from possible damage due to blood loss. Their technique could one day be useful for human head transplants. Just don't get too excited.  The grafted head is alive. But it does not control the host mouse's body.  Good luck with that step.

So cool! And here's the latest from Boston Dynamics. Another dazzlingly weird and impressive robot. Google just sold BD to SoftBank, a Japanese conglomerate.

ITIF president Robert Atkinson has released a paper disproving the nostrum that technology has been destroying jobs at a faster pace, recently. An interesting report.
== Space Stuff ==

Humans heading to Mars? In March, President Trump issued a mandate for NASA: get humans to Mars by 2033. NASA developed a detailed plan for reaching the Red Planet, identifying five intermediate phases -- starting with six SLS rockets to deliver components of the Deep Space Gateway (DSG), a new space station to lunar orbit.  A gateway to Mars, this cis-lunar station is a rare example of republicans actually overlapping interest with others! Many Republicans want to return to the moon (for reasons never clearly explained.) Others, including most scientists, would use the DSG to retrieve and analyze asteroidal resources that could make us all stinking rich.

I propose a third use... offer the DSG in lunar orbit as a base to stage moon landings by all the wannabes out there who are eager to plant footprints on that (for the near future) utterly useless orb. Profitably sell services to the Chinese, Russians, Europeans, Indians and billionaires desperate to take short strolls in dust? Sure.

Back to the NASA plan. Mars is a beacon for us, fine. Just remember. Phobos is likely a former asteroid and that Martian moon could be very important, indeed.

Oh, but recall (indeed, never forget) that the GOP and Trump have ordered NASA to stop looking at the least interesting planet.  Earth.

More space!  Here’s a new video about the HoloLens augmented reality system being used in JPL’s rover mission:
An intriguing hypothesis that a Cold Spot in the universe - observed in the cosmic background radiation maps, cooler than the ambient average by a whopping cooler than its surroundings by around 0.00015 degrees Celsius - was caused by a collision between our universe and another bubble universe.

A new statistical study has found 52 genes that have at least a partial effect on human intelligence.  An interesting article on a very difficult problem. But can we please see correlations with autism and other disorders, as well? It is curious when you look at august mental-giant families, like the Huxleys, how often disorders accompany the gifts.
Memory performance decreases with increasing age. Low dose Cannabis can reverse these aging processes in the brain. Hey, stoners, that’s LOW dose. Take note, you guys, who can’t remember (wow, man) where you put the car keys. Seriously. Toke only on weekends. Any more and it's an ambition destroyer.

Sometimes an urban legend medical treatment passes scientific tests with flying colors. According to a meta-analysis of three randomized controlled trials, zinc acetate lozenges may increase the rate of recovery from the common cold three fold. On the fifth day, 70 percent of the zinc lozenge patients had recovered compared with 27 percent of the placebo patients.

Okay you want weird? “A common parasite that lives in fish eyeballs seems to be a driver behind the fish’s behaviour, pulling the strings from inside its eyes. When the parasite is young, it helps its host stay safe from predators. But once the parasite matures, it does everything it can to get that fish eaten by a bird and so continue its life cycle.”  Actually, this has been known a while.  See this SMBC cartoon that makes a biting point… with which I wholly agree.
Many parasites can change an animal’s behaviour to fit their own needs. Mice infected with the parasite Toxoplasma gondii, for example, lose their fear of cats – the animal the parasite needs to reproduce inside.  Many species of wasps lay eggs in host ants or caterpillars and the host becomes a slave. There’s been some chilling sci fi, of late.

The dinosaur-killer asteroid may have struck at the worst place possible.. Worst, that is, except from the point of view of tiny scavenger mammals who then left to us…

Oh but we’re unleashing all sorts of stuff: “As Ice Melts, Dangerous Diseases From The Past Could Rise Again. One more serious thing to worry about as the planet warms.”

Heh, this is a good one – another skewering of the postmodernism cult. Oh, sure, you know that I far more often rail against the much more dangerous (for now) fact-hating madness on the entire political right. But real harm is done by a much smaller caste of raving, anti-science loonies on the very far left. (Note the distinction between ‘very-far’ and ‘entire.’) This postmodernist (PM) academic cult was shredded, a decade ago, by the “Sokal Hoax,” in which a PM journal ‘peer-reviewed’ and then published a paper on critical theory that was deliberately concocted to be utter nonsense.

Now it’s happened again, this time in a peer reviewed and published paper ‘proving’ that the male penis is not a reproductive organ but rather an oppressive social construct.

Alas, there is a sad side to this. Any rational view would chuckle and view this as a case of academia cleaning its own house through competitive accountability. But shills on the right will interpret it as proof "all academics are like this,” in promoting their war on all smartypants fact users. Of course, this ignores that postmodernists are allies of the mad right, in shared hatred of oppressive things called “facts.”

Okay now let me step back and be slightly more fair. The Sokal paper was written intentionally to be illogical and meaningless, and hence, its publication was scandalous. The “penis paper’ actually reads in a logical sequence, making assertions that some postmodernists might actually deem persuasive. Yes, it’s completely nuts, like most PM drivel. But this latest "hoax paper" is consistent with their worldview. And hence, I do not deem it to be anywhere near as devastating as the Sokal Affair.

(ADDENDUM: One of you pointed out: "The "Conceptual Penis" hoax was a bust, like a joke told a humorless relative. The "Conceptual Penis" paper was submitted to a third rate journal and rejected. That journal pointed them to pay-to-publish journal that doesn't publish gender studies but accepts everything and surprise, they published it!"  And yes, I deemed it inferior even as a joke hoax, before I knew this.

Still, it remains amusing as on-target satire.  In this context, ponder how, as Mike Gannis put it: “Reverence for word salad is anything but new.”

If you're anxious for to shine in the high aesthetic line as a man of culture rare,
You must get up all the germs of the transcendental terms, and plant them everywhere.
You must lie upon the daisies and discourse in novel phrases of your complicated state of mind,
The meaning doesn't matter if it's only idle chatter of a transcendental kind.
And every one will say,
As you walk your mystic way,
"If this young man expresses himself in terms too deep for me,
Why, what a very singularly deep young man this deep young man must be!"