Tales of Divisiveness - and the drug high of indignation

Anyone who spends ten minutes around me knows that I appreciate good argument. Heck, Contrary Brin is about having fun by sniping "yeah, I agree with some of that... but here's an exception!" even at your own favorite doctrines. The truest sign of sapience -- I believe -- is an eager willingness to at least notice the group-think errors of your own side.

So why am I down on the divisive mania that has swept the world -- and especially America -- in an era that clearly has many reasons for hope?  Because so many of our bickering feuds are not about positive-sum argument, aimed at persuading the other side to budge, possibly even learning from your opponents. In the tales that follow, below, you'll see example after example where sanctimonious intransigence... the drug high of indignant purity... has poisoned the natively American genius at pragmatic negotiation and compromise and attention to the corrective force of evidence. 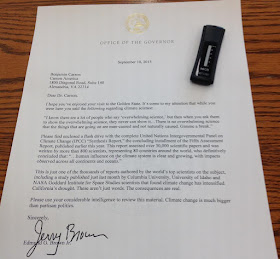 Let's start with a letter from one of my favorite politicians -- a courteously parsed, yet-devastating single page from California Governor Jerry Brown -- sent to Republican presidential candidate Dr. Ben Carson, in response to Carson's snarky dismissal of "scientific evidence for human generated climate change."  The calm maturity of Brown's response is matched by his intelligence, curiosity and hatred of cliched dogmas... yes, including some dogmas of the left. One reason he is so loved in moderate, pragmatic California.

Hence my attempt to stir a groundswell, arm-twisting Brown into the Democratic Party's presidential debates.  To be clear, I don't think Jerry even wants to be president!  But just being in the debates for 6 months would let him shake up all our rigid doctrines, calcified positions and wretched, sourpuss gloom. He -- and we -- would have so much fun! 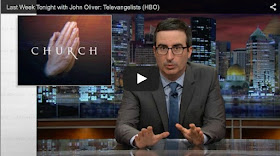 With his show Last Week Tonight, John Oliver is on a hot burn as, week after week, he takes on sacred cows. This time? Televangelist churches, and boy does he turn them a well-deserved inside-out.

Oliver makes it hilarious! But there is a sober side. For example… how could we reform this outrageous system? Some years ago folks in Colorado got a measure on the ballot to end church tax-exemption.  It started out popular, but the counter-campaign shrieked about how the state could then crush religion, contrary to the Constitution.  Indeed, the first U.S. Chief Justice said “the power to tax is the power to destroy.”

So in fact, I favor a compromise. Here it is. 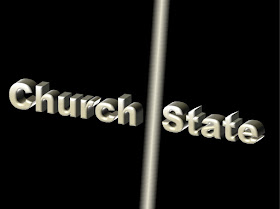 Next time a church tax reform measure comes up, include a floor exemption that utterly protects the basics -- a local church of sincere parishioners and the pastor they can barely afford to pay. Here’s how.  Any church gets a property tax exemption allowance of two square meters of floorspace, plus $200 of income per unique parishioner (who is not a member of any other church) up to 200 members. Also, the pastor’s first $20,000 of pay is tax exempt.

Not high enough? We can dicker over where the lines are drawn, but let’s be generous, so that the state has given religion the benefit of the doubt and so that local, modest places of worship remain (practically) untouched. And richer churches still have that floor, before their far greater incomes start to be taxed, helping to pay for the roads and hospitals and fire and police protection they use, just like the rest of us.

Further, while funds spent evangelizing are not expensed, actual, charitable good works are. (In fact, I'd make church tithing only a "charitable deduction" for the first $500 or so. Come on!)

That floor-exemption will mean that poor churches are no longer the inherent allies of the televangelist charlatans. Indeed, it drives a wedge between former allies. And it makes the next reform referendum something with a fighting chance. 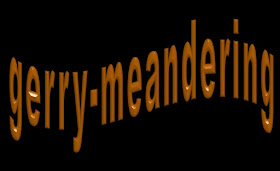 Ah gerrymandering! Are you proud to be affiliated with cheaters? For example. Business owners try to remove all voters from business district but they forgot one college student! In Columbia, Missouri, the city council created a special 'business' district. This district would be allowed to vote to create a half cent sales tax to pay for local improvements rather than using property tax increases. There is a special rule that says if no registered voters exist in an area, the property owners are allowed to vote BUT one U of M student registered at her CoMO address. And the county clerk has certified that she is the sole voter allowed in the up coming poll. Now the owners are barred from voting. They will have to raise property taxes on themselves (if they want those district improvements) and raise them even more to pay off the debt they incurred to finance this deal.

This is a familiar thing in California, where most aspects of elective politics have improved markedly, but these legacy “cities” and “districts” have an olden-times grandfathered ability to basically run their own cloistered mafia dens. Did I say we were perfect? But such miscreants are in our crosshairs.

Been doing some reading.  Apparently it is simply untrue to let Robert E. Lee off the hook because he freed his own slaves.  In fact, he owned only a few and as executor of his father-in-law’s will, he delayed freeing that man’s slaves, as required, until 1862, in the middle of the Civil War.  In several writings he did express dislike for slavery on general principles. But he was at best passive and desultory in execution. 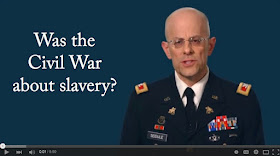 Was the Civil War about anything other than slavery?  This video by a West Point colonel-historian examines the issue in devastating detail, with colorful illustrations. He is direct, firm, and clear.  There is no excuse for romantic-nostalgia for treason, when the core and only reason for that treason was so despicable.  Yes, the rebs fought well.  Respect that! But there is no other basis for respect for the Confederate side of any phase – even the current one – of our ongoing Civil War.

(One critique.  Col. Ty Seidule does not mention the fact that Southerners or their sympathizers actually ran the U.S. Federal Government for most of the thirty years preceding Lincoln’s election in 1860, running roughshod over “states rights” in many matters, such as the Fugitive Slave Act which, in 1852, unleashed swarms of southern irregular cavalry raiding parties across northern states, crashing into homes and dragging neighbors off, into bondage.)

...Of California?  Well, the Golden State giveth and taketh away.  Sanity, I mean. For example, we know Carly Fiorina very well, here, and rejected her Senate bid by a tsunami. With zero palpable successes to point to, with only failure and collapse ensuing from her time running Hewlett-Packard, what you are left with is slickness ... and sadness for anyone who is fooled. Oh, she seemed so expert when she recited a memorized list of how many Marine battalions and Army brigades we need... and how I wish someone in the press had asked her to define the difference? A delicious gotcha that would have been. An 'oops" of the first order.

Of course the ultimate silliness is for any Republican to claim credibility when it comes to national defense.  At the end of the Clinton Administration, 100% of major US military units were rated 'fully combat ready.' By the time GW Bush left office, not a single major army or marine unit was so rated... half teetered on the edge of frayed and shattered uselessness. Nearly all have now regained that status under Obama... with the irony that Dem presidents treat the military well, yet never brag about that fact. (Since it could miff the lefty-activist wing.) And hence none of you even knew this stark but devastating comparison.

But you will!  Keep dropping by here.  There are plenty of surprises. Just keep this in mind. Some things that are true are also opposite to popular "wisdom."

It will be an interesting 14 months.