Our next big crisis...Would you believe phosphorus?

An inspiring TED talk attempts to bring to world attention a coming “phosphorus crisis” — the rapid depletion of this elemental resource that is vital to life — a crisis that I revealed to many of you in EXISTENCE.

This TED talk: A Simple Solution to the Coming Phosphorus Crisis -- by biologist Mohamed Hijri (in French but with excellent sub-titles) not only clearly elucidates the problem, but also puts forward one element of a solution that could save several billion lives, when the phosphorus deposits dry up.

It seems brain regions that contribute to optimal social functioning are also vital to general intelligence and emotional intelligence.

You've heard about this second hand... now the science of how the adolescent brain differs and grows. This fascinating article, Dude Where's My Frontal Cortex, by Robert Sapolsky, tracks the last part of us to mature -- the prefrontal lobes responsible for planning and impulse control. A thorough, insightful, compassionate and well-written piece, with insight into the delayed development of the teenage brain.


Also, it seems that the model of “competitive neuron development” that I wrote about in EARTH (1989) is now viewed as standard biological fact. Astrocytes — a type of glial cell traditionally thought to provide more of a support role in the brain are now seen as critical for some forms of memory, such as object recognition. Terrence Sejnowski, head of the Computational Neurobiology Laboratory at the Salk Institute, has led this effort. Without astrocyte-driven “gamma waves” mice were unable to recognize that objects are novel in their environment. Even more interesting are the techniques that the Salk folks use to subtly turn these activities on and off, in the brain.

The parts of North America with the greatest diversity of species of birds? Get ready for a shock.

No worries? Fish seem to flourish on anti-anxiety drugs being flushed down to our oceans.

By analyzing the brainwaves of just 16 individuals as they watched mainstream television content, researchers were able to accurately predict the preferences of large TV audiences.

Um… “Testosterone decreases the ability of the frontal cortex to communicate with and rein in the amygdala.” No kidding? 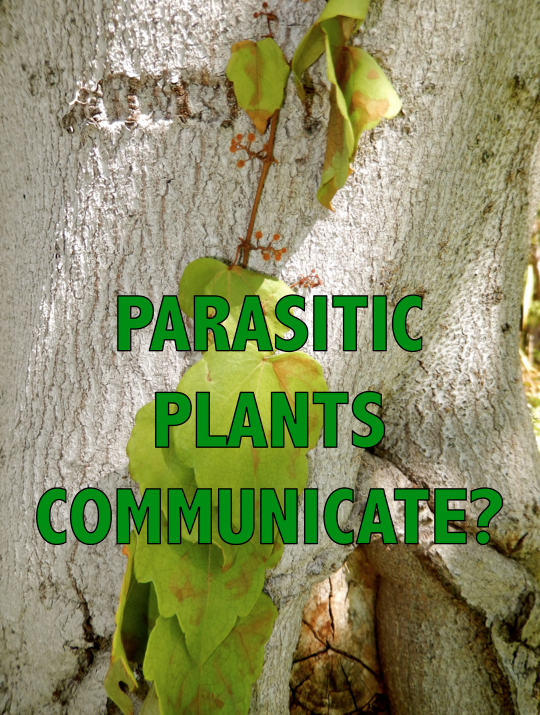 And straight from the pages of sci fi...

Scientists discover that plants may have their own language at a genetic level that allows parasitic plants to communicate with and hack into the plants that they're invading before sucking them dry. (As you saw depicted in Brightness Reef!) Researchers find that there is an exchange of messenger RNA, sending messages from the parasite to the host -- this may reprogram the host, lowering its defenses.

Google and Novartis announced that they’re teaming up to develop smart contact lenses that monitor glucose levels and automatically adjust their focus -- changing shape depending where the user is looking.


Such “prototype lenses contains a device about the size of a speck of glitter that measures glucose in tears. A wireless antenna then transmits the measurements to an external device. It’s designed to ease the burden of diabetics who otherwise have to prick their fingers to test their blood sugar levels.”

Also possible: Such smart lenses may be used for targeted drug delivery, to enhance night vision, as well as glaucoma testing, and later -- full immersion VR/AR.

Researchers find that tracking involuntary eye movement may provide a reliable diagnostic tool for ADHD -- as well as for monitoring the effectiveness of drugs used to treat ADHD.

How wearable cameras can help those with Alzheimer's: The wearable camera is being touted as the latest must-have accessory for social-media obsessives, but is a real boon for helping people with serious medical conditions recall important events in their lives.

It would help the phosphorus situation enormously if agribiz simply stopped dumping it on its fields in amounts over and above the necessity to do so. It would also help our wetlands and coastlines, where this stuff is being washed out to sea with unpleasant results. That's just one aspect.

The effects at sea vary with topography. In low-circulation eddies, like the Caribbean, the Med and especially the Black Sea, agricultural runoff has devastating effects.

Of high circulation areas like the pacific coast? It is just a mild boost to plankton and to fisheries, no algae at all.

Patricia is correct. Phosphorus has been overused in agriculture. It is irrelevant whether the runoff effects are a problem as we need phosphorus inputs or more efficient recycling to ensure that our crop production can continue. High quality deposits are limited and there is no way to create it, as we do nitrates. So a key factor is efficient use and recycling, which will impact farming methods and human waste disposal. Interestingly, as we start to adopt toilet water recycling for drinking, we could capture the phosphorus - California could be a leader here.

One way or another, we will have to move phosphorus around as food production is geographically separated from consumption and will increasingly be so as cities increase in size. Only factory food or vertical farms in cities will reverse this trend.

http://www.su.se/english/about/2.291/press-releases/new-process-for-natural-phosphorus-removal-1.4678
Another use for calcium.[to enable the bacteria which could extract phosphorus.]

With small sensors installed in sewers, it's possible to identify people flushing unsuitable materials into the system, and issuing fines to violators. This would enable a more uncontaminated stream far more suitable for extraction and use as ag fertilizers.

I expect a subset of people would scream if this were implemented. I'm in favor of it.

Going back to the theme of hidden wealth and power, this is an amazing article about the "City of London Corporation" a municipal entity with roots lost to history and enormous political power.

Here's a brief excerpt of the article:
http://www.newstatesman.com/economy/2011/02/london-corporation-city
"Unlike any other local authority, however, individual people are not the only voters: businesses can vote, too. Political parties are not involved - candidates stand alone as independents - and this makes organised challenge to City consensus all but impossible.

Before 2002, the 17,000 business votes (only business partnerships and sole traders could take part) already swamped the 6,000-odd residents. Blair's reforms proposed to expand the business vote to about 32,000 and to give a say, based on the size of their workforce in the Square Mile, to international banks and other big players. Voting would reflect the wishes not of the City's 300,000 workers, but of corporate managements. So Goldman Sachs and the People's Bank of China would get to vote in what is arguably Britain's most important local election."

"The skroderiders are a sort of sentient sea creature with large fronds that is found across the galaxy. Skrodes lack the ability to form short term memory and ride on wheeled devices that help them store memories in order to function intelligently."

As soon as read about the memory assistance I thought of this.

Um… “Testosterone decreases the ability of the frontal cortex to communicate with and rein in the amygdala.” No kidding?

Here's a related one to contemplate: adipose tissue in women (fat cells) convert testosterone in their bloodstream into estrogen, which is part of why women average around 1/7th the testosterone levels of men. However, very thin women obviously have very little adipose, so they average higher levels of testosterone than other women.

I'm amused at a child-like level at the notion that we will have to harvest the P out of our pee. A future generation of kids should have fun with that.

For anyone interested in the botanical side, there's a fun little episode of Nature called "What Plants Talk About."

Interesting that no one has yet commented on the TED speaker's point: adding a symbiotic fungi enhances a crop's efficiency in phosphorus uptake enormously. (greater test yields with half the P. In some cases, no need to add additional P at all)

Related news: someone has developed a much simpler and less energy intensive method of synthesizing another fertiliser: ammonia.

@ Tony Fisk - the TED talk is saying little more than that industrial farming methods have effectively removed fungi from the soil which has had the effect of reducing the efficiency of phosphate uptake. We know this happens in the US as we see soils become increasingly friable as the fungi disappear. Even worse, we actively use fungicides for some crops.

Which gets us back to Patricia's initial comment, IMO.

However, the talk's solution on mitigates, but does not solve, the phosphorus solution. Phosphorus is moved geographically from farms to cities and thence to the oceans. Even if we utilized P perfectly on the farm, the cities would be a sink. So we need to recycle P at the consumption end so that it can be returned to the farm. Either that or farm P sequestering organisms in the oceans and use them for fertilizer (as has been done).

Finally, the talk was about the element phosphorus (fr: phosphore). However the symbol being used in the slides was for phosphate (PO4).
That niggle I found that very annoying.

Alex, surely you have read EXISTENCE and seen an endless stream of P-puns there?

I just saw the TED Talk about indignation, and it was great fun! For anyone who hasn't seen it, it is well worth the 20 minutes to watch (and the rest of life to reflect on).

Earlier I posted a few suggestions for people interested in knowing more about how our brains work, and I totally forgot about one of the best. National Geographic has a series called "Brain Games" that is very entertaining and engaging. They use very little technical jargon and making fun with audience participation. I have shown a few episodes to my 10th grade classes and they almost beg me to show more. It's available on DVD, and I have seen it in some libraries as well.

Aren't any of you tired of hyperbole yet?

**Note that this figure does not include the US annual production of phosphorus-rich bone meal, equaling 1.5 million tonnes (or 3 billion lbs/yr), at an estimated cost of $460/tonne.

But why stop there?

For less expense, we could also reclaim phosphorus from human waste and turn grandma's corpse in a valuable cash commodity.

@locum - read your extracted quote carefully. Then understand what it means in terms of crop requirements.

Alex, my remark had to do with nobody actually discussing the TED talk.

However, you did apply some useful re-framing which I missed: the speaker was talking about the benefits of adding a natural fungi to crop lots, whereas you rightly point out that it would be *reintroducing* (implicitly insert trademark here)natural fungi that have been effectively removed by agricultural practices.

Permaculture types may be just yawning.

I do think the practice would reduce the amount of phosphorus in circulation. It is still important to limit the amount being washed into the bodies of water where algae blooms are likely.