As many of you know, I have touted the beautiful and fascinating book, Worldchanging: A User's Guide for the 21st Century as a perfect holiday gift, expressing much of the resonant message of modernist problem solving that we once saw in the old Whole Earth Catalog.

World changing is also one of the prime modernist web sites! Indeed, I'd like to pass on a message from editor Alex Steffen, asking for a little help (in the spirit of "proxy power.") Then I will launch into a riff that I wrote at his request.

"Okay, here's the deal: I need to hit you up for some money. Not much, only $10, but still, your donation is critical for us, and here's why: Yahoo! is offering a $50,000 matching grant for the nonprofit which gets the largest number of donations before the end of the year using its new "charity badges." What matters is not the number of dollars, but the number of donors. Right now, you need 70 to be in the lead, but things are moving fast and we'd like 500 to be safe. We currently have three (though we just started a couple hours ago). If we're winning on Dec 31st, we think one of our major donors may step in and help us with a large donation, so we'll get the full $50K from Yahoo! $100,000 would be a major portion of our annual budget and you can help us win it."

Now here is a riff on what new technologies could make the most difference in 2007. This one was written in response to Alex's challenge:

"What needs to be done in 2007? What worldchanging tool, model or idea will you be watching (or hoping to see emerge) in 2007? What key piece of knowledge do we need? What action must we take? What do we do now?"

Across the 20th Century, a growing array of problems were solved through the application of professional skill. We came to rely increasingly upon professions ranging from medical doctors to law enforcement to teachers to farmers for countless tasks that an average family used to do largely for itself. No other trend so perfectly represents the last century as this one, spanning all boundaries of politics, ideology or geography.

And yet - just as clearly - this trend cannot continue much longer. If only for demographic reasons, the as the rate of professionalization and specialization must start to fall off, exactly as we are about to face a bewildering array of new -- and rapid-onrushing -- problems.

How will we cope?

Elsewhere I speak of the 21st Century as a looming "Age of Amateurs," wherein a highly educated citizenry will be able to adeptly bring to bear countless capabilities and individual pools of knowledge, some of which may not be up to professional standards, but that can find synergy together, perhaps augmenting society's skill set, at a time of need. We saw this very thing happen at the century's dawn, on 9/11. Every important, helpful and successful action that occurred on an awful day was taken by self-mobilized citizens and amateurs. At a moment when professionalism failed at every level. (Hear a podcast on this topic.)

It is important to note what a strong role technology played in fostering citizen action on 9/11. People equipped with video cameras documented the day and provided our best post-mortem footage. People with cell phones organized the evacuation of the twin towers. Similar phones stirred and empowered the heroes who fought back and made the Legend of Flight UA 93.

In sharp contrast, the events of Hurricane Katrina showed the dark side of this transition -- a professional protector caste (crossing party and jurisdiction lines: including republicans and democrats, state, local and federal officials) whose sole ambition appeared to be to staunch any citizen-organized activity, whatsoever. Moreover, the very same technology that empowered New Yorkers and Bostonians betrayed citizens in New Orleans. Thousands who had fully-charged and operational radios in their pockets were unable to use them for communication -- either with each other or the outside world -- thanks to collapse of the cellular phone networks.

This was a travesty. But the aftermath was worse! Because, amid all the finger-pointing and blame-casting that followed Katrina, almost no attention has been paid to improving the reliability and utility of our cell networks, to assist citizen action during times of emergency. To the best of my knowledge. no high level demand has gone out - from FEMA or any other agency - for industry to address problems revealed in the devastation of America's Gulf Coast. A correction that should be both simple/cheap and useful to implement.

What do we need? We must have new ways for citizens to self-organize, both in normal life and (especially) during crises, when normal channels may collapse, or else get taken over by the authorities for their own use. All this might require is a slight change -- or set of additions -- in the programming of the sophisticated little radio communications devices that we all carry in our pockets, nowadays.

How about a simple back-up mode for text messaging? One that could use packet-switching to bypass the cell towers when they are down, and pass messages from phone to phone -- or peer-to-peer -- at least among phones that are of the same type? (GSM, TDMA, CDMA etc.) All of the needed packet-switching algorithms already exist. Moreover, this would allow a drowning city (or other catastrophe zone) to fill with tens of thousands of little spots of light, supplying information to helpers and reassurance to loved ones, anywhere in the world.

Are the cell companies afraid their towers will be bypassed when there's no emergency? What foolishness. This mode could be suppressed when a good tower is in range and become useful automatically when one is not... a notion that also happens to help solve the infamous "last mile connectivity problem." Anyway, there are dozens of ways that p2p calls could be billed. Can we at least talk about it?

The same dismal intransigence foils progress on the internet, where millions of adults use "asynchronous" communications methods, like web sites, blogs and email, but shun "synchronous" zones like chat and avatar worlds, where the interface (filled with sexy cartoon figures) seem designed to ruin any chance of useful discourse. For example, by limiting self-expression to about a sentence at a time and ignoring several dozen ways that human beings actually organize and allocate scarce attention in real life.

When somebody actually pays attention to this "real digital divide" - between the lobotomized/childish synchronous chat/avatar/myspace world and the slow-but-cogent asynchronous web/blog/download world -- we may progress toward useful online communities like rapid "smart mobs." Only first, we are going to have to learn to look at how human beings allocate attention in real life! (For more on this: http://www.holocenechat.com)

Oh, there are dozens of other technologies that will add together, like pieces in a puzzle, synergizing to help empower the magnificent citizen of tomorrow. Facial recognition systems and automatic lookups will turn every pedestrian on any street into someone who you vaguely know... a prospect that cynical pundits will decry, but that was EXACTLY how our ancestors lived, nearly all of them, throughout human history. The thing to be afraid of is asymmetries of power, not universal knowledge. The thing to protect is not your secrecy, but your ability to deter others from doing you harm.

Likewise, I assure you that we are on the verge of getting both LIE DETECTORS and reliable PERSONALITY PROFILING. And yes, if these new machines frighten you, they should! Because they may wind up being clutched and monopolized by elites, and then used against us. I am glad you're frightened. If that happens, we will surely see an era that makes Big Brother look tame.

And yet, the solution to this danger is not to "ban" such technologies! That is exactly what elites want us to do (so they can monopolize the methods in secret out of our skeptical eye). No, that reflex sees only half the story. Come on, open your mind a little farther.

What if those very same -- inevitable -- technologies wind up being used by all of sovereign citizens of an open democracy, say, fiercely applied to politicians and others who now smile and croon and insist that they deserve our trust? In other words, what if we could separate the men and women who have told little lies and admit it (and we forgive them) from those who tell the really dangerous and destructive whoppers? Those who are corrupt and/or blackmailed and/or lying through their teeth?

In that case, won't we have a better chance of making sure that Big Brother doesn't happen... ever?

Oh, it is a brave new world... We will have to be agile. Some things will be lost and others diminished. (We will have to re-define "privacy" much closer to home, or even just within it.)

On the other hand, if we don't panic, we may see the beginnings of the era of the sovereign and empowered citizen. An Age of Amateurs in which no talent is suppressed or wasted, and no problem escapes the attention of a myriad talented eyes.
Posted by David Brin at 3:57 PM

I wish I could remember what book relied on this Age of Amateurs paradigm for the way its characters dealt with otherwise mind-blowing technologies--like piloting a spaceship, or distorting the properties of quantum space (Maybe one of your books? V. Vinge's? Benford's?)...in any case, one solution is basically to make the machines do the thinking for you. Make it into a simple "press this button to start building your nanobots" operation). That way, you can spend your important brainpower on why you're building the nanobots, and what you want them to steal for you.....

Although, in a pinch, why not have a bunch of clay replicas out there learning and doing all the stuff I don't have time for ;)

Underpinning resistance to technological changes such as the distributed cell network you describe are outmoded concepts of intellectual property. IP was originally intended to reward the individual genius of a single inventor. Corporations are essentially immortal, however, which undermines the original restrictions of IP.

New ways of using technology are constantly challenging these underlying assumptions about who 'owns' certain ideas and what forms of legal recourse are appropriate in what circumstances.

Once we can cross this hurtle, many wonderful things become possible-- Google will be able to provide every book which has ever gone out of print, searchable and free of charge. Alexandria's library at your fingertips, for free... 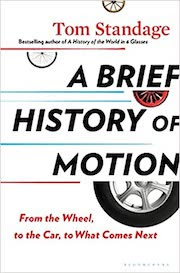