Political Suggestions for a New Administration

I just finished an exhausting push to file 20 suggestions on my website : Go have a look: 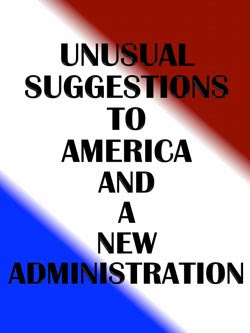 #1 A Fresh Deal for Labor and Management.

#3 Save Capitalism with Radical Transparency

#8 Micro-Suggestions to Heal the Depression

#9 Restore the Army, the Navy and the National Guard 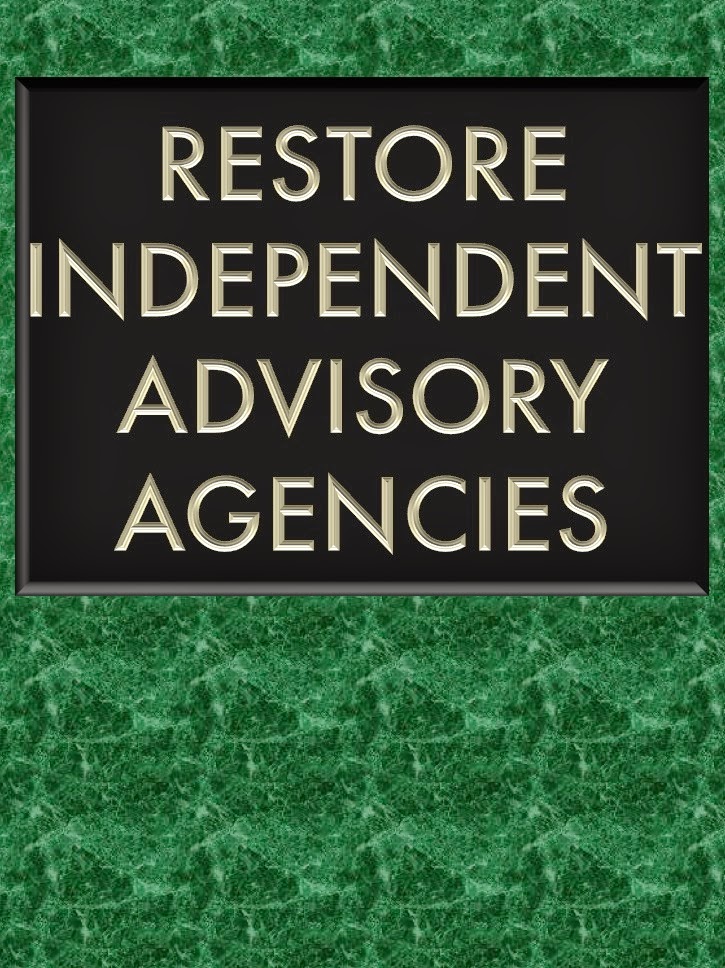 Technology already exists that can sniff out chemicals in the air and water -- but the detecting devices are expensive, limiting their use. Now Vivek Subramanian, electrical engineering professor at the University of California, Berkeley, has made arrays of sensors cheap enough that they could be widely distributed for monitoring toxins in the environment.

The goal is to "identify environmental problems before they become severe, then react to them," says Subramanian. "One of the major requirements, if we want to do this, is ultra-low cost," he says. Subramanian makes his array of inexpensive chemical sensors using organic semiconductors and inkjet printing technology. The first generation of his devices, which would still rely on costly silicon-based technology to process signals from the sensors, would run about 30 cents a piece, Subramanian estimates. That's a bargain compared with several hundred dollars for today's sensors, he says. Subramanian reported on his work at the Materials Research Society meeting in Boston this week.

(Need I mention this is another EARTH predictive hit ;-)

-A cure for computer viruses that spreads in a viral fashion could immunize the Internet, even against pests that travel at lightning speed, a mathematical study reveals. "Honeypot" computers would be linked to one another via a dedicated and secure network and distributed across the Internet. The honeypots would attract a virus, analyze it...

- Richard Carrigan, a particlephysicist at the US Fermi National Accelerator Laboratory, believes the SETI@home project is putting Earth's security at risk by distributing the signals they receive to computers all over the…

In his report, entitled Do potential Seti signals need to be decontaminated?, he suggests the Seti scientists may be too blase about finding a signal. "In science fiction, all the aliens are bad, but in the world of science, they are all good and simply want to get in touch."
Posted by David Brin at 8:26 PM

I'll be sure to check out the suggestions at Sliced Bread when the homepage updates.

BTW, I've only seen about 10 of Earth's predictive hits. Where in the archive could I see the others?

err...David
Wasn't the contest supposed to be for ordinary Americans?
E.g. Not celebrities who already get paid to share their ideas with the world

I can't seem to search for your submissions successfully on sinceslicedbread.com. Links please?

In my cover letter to Sliced Bread I alread disclaimed any prize money, which I'll donate (if any) to things like the better (!) demo candidates. Not that I'm rich.

My submissions are noted under "David B." no doubt to avoid personality rigging. Most are categorized by topic, I'd guess. In any event, I expect to post the full list soon athttp://www.davidbrin.com/

I lost the list of Earth predictive hits. SO I've started rebuilding it.
Here's the list so far. Others are welcome to chime in.

I know there are others...

Earth was written in 1990. How do you claim credit for the Web when the patent for the hyperlink goes back to 1976? And where do you place Tim Berners-Lee along with ARPANET/INTERNET in your claim?

JUST for the record here, that "Rob" you rejoined in the last list was not me. And I'll be the first today to be unable to resist politics, and express a bit of outrage at the further tax cuts passed by the House recently.

Harcohen wrote, "Earth was written in 1990. How do you claim credit for the Web when the patent for the hyperlink goes back to 1976? And where do you place Tim Berners-Lee along with ARPANET/INTERNET in your claim?"

While the worm defense sounds cool, the approach to security is dubious.

Rob, the tax cuts are almost entirely (again) for the rich.

The first generation of American rich who were unwilling to tax themselves during time of war, to help pay - at least - while others' sons do the dying.

I know some rich people who are ashamed to this.

Whoops. Point taken. Let me point out that Compuserve was founded around 1981. GENIE was established within GE well before it became commercially available. A DEC VAX circa 1984 provided a version of IM known as Phone. Next Computer was founded in '86 and models were introduced in '88. This used Display Postscript (which became Mac OS X Quartz). XWindows was also promoted in the mid-80's.

So what was unique about the "Earth" prediction? Publicly available computer based networks for collaboration, storage, and presentation were everywhere for several years.

"In science fiction, all the aliens are bad, but in the world of science, they are all good and simply want to get in touch."

In his report, entitled Do potential Seti signals need to be decontaminated?

Oh, please. Even if you knew that a ET's signal contained information intended to be executable, it would require a work of brilliance to be able to execute it.

The only way to subvert a system is if your data is executed as a program. This is perfectly reasonable in web programs where your inputs are a small number of characters used to select commands to execute -- this is perfectly unreasonable in signal processing where mass quantities of data in blocks are passed through great filters in an attempt to extract coherent information.

The man who wrote this is barking air.