Still too swamped to continue the formal essay. But let me call to your attention a TV show that has run in some markets, covering elements in our world that I have called anti-modernist. The following (italicized) is from the web site.

The Power of Nightmares explores how the idea that we are threatened by a hidden and organized terrorist network is an illusion. Director Adam Curtis theorizes that it's a myth that has spread unquestioned through politics, the security services and the international media.

At the heart of his story are two groups: the American neo-conservatives and the radical Islamists.

Sayyed Qutb: Father of Radical Islam
In the 1950s Sayyed Qutb, an Egyptian civil servant was sent to the U.S. to learn about its public education system. As he traveled around the county, Qutb became increasingly disgusted by what he felt was the selfish and materialistic nature of American life.

When he returned to Egypt, Qutb turned into a revolutionary. Determined to find some way to control the forces of selfish individualism that he saw in America, he envisioned an Arab society where Islam would play a more central role. He became an influential spokesperson in the Muslim Brotherhood but was jailed after some of its members attempted to assassinate Egyptian President Nasser.

In prison a more radical Qutb wrote several books which argued that extreme measures, including deception and even violence, could be justified in an effort to restore shared moral values to society. He was executed in 1966 for treason in Egypt. But his ideas lived on and formed the basis of the radical Islamist movement.
Leo Strauss Leo Strauss was a professor of political philosophy at the University of Chicago.

Leo Strauss: A Neo-Conservative
At the same time Leo Strauss, an American professor of political philosophy, also came to see western liberalism as corrosive to morality and to society. Like Qutb, Strauss believed that individual freedoms threatened to tear apart the values which held society together. He taught his students that politicians should assert powerful and inspiring myths - like religion or the myth of the nation - that everyone could believe in.

A group of young students, including Paul Wolfowitz, Francis Fukuyama and William Kristol studied Strauss' ideas and formed a loose group in Washington which became known as the neo-conservatives. They set out to create a myth of America as a unique nation whose destiny was to battle against evil in the world.

Both Qutb and Strauss were idealists whose ideas were born out of the failure of the liberal dream to build a better world. The two movements they inspired set out, in their different ways, to rescue their societies from this decay.

For more of this writeup, see: http://www.cbc.ca/passionateeye/powerofnightmares/one.html

What's really interesting is the spate of editorial cartoons, lately, lampooning the administration's slavish devotion to Saudi interests. Of course the trigger has been oil prices. When prices were a dollar lower per gallon, GWB attacked Bill Clinton for failing to "jawbone" them down. Now the solution (in lieu of research and conservation and alternatives) is to expand subsidies for coal and oil. Ah....

Mind you, I can go along when it comes to nukes. That's one area where liberals are doctrinaire and blind.

Whether it's fair to lump Qutb and Leo Strauss together I dunno. But there is one amusing thing here. In 1949, Qutb spent time in Greeley, Colorado, where I live and work. Greeley, even today, is a socially conservative place; in 1949, I imagine, it was even more so. Nevertheless, Qutb's time here fed his disenchantment with individual freedom and "materialism." (I can only imagine how he'd have reacted to New Orleans or someplace with a little more spice...)

(You can read about Qutb and Greeley at http://www.npr.org/templates/story/story.php?storyId=1253796)

So 1949 Greeley embodied all that was wrong with American, to Qutb. On the other hand (I'm guessing), Strauss would hearken to 1949 Greeley as something to aspire to!

The Power of Nightmares was originally broadcast on the BBC late last year. It is being re-edited into a 2 1/2 hour movie to be shown at Cannes.

What did you mean when you said "Mind you, I can go along when it comes to nukes" right at the end? Were you talking about nuclear energy? You've mentioned that in a few other places, but I've always heard the word "nuke" refer to nuclear weapons.

The mainstream press are starting to wake up. There've been a few references to 'voting irregularities', as well.

'Mind you, I can go along when it comes to nukes.'

Do the Saudis have any Uranium reserves?

Some years ago, I read a piece by Jerry Pournelle on the benefits of nuclear energy over 'traditional' energy technologies. He made a good case, I thought at the time, in particular referring to the relatively small number of deaths and health issues arising from nuclear use as opposed to coal.

At around the same time, I also read an article by Freeman Dyson on 'fail safe' reactor designs.

...and then the power of pathos over logos* was demonstrated: Chernobyl happened.

I have no idea of how much the final projected casualty rates affected Pournelle's arguments, but the image of a single disaster having such wide reaching ramifications means that it will take a bit of convincing before I consider nuclear energy to be safe enough to use.

Congrats on the site of the week kudos, BTW.

*...did a presentation skills course a month or two back, and I've been dying to slip that reference in!

As to Chernobyl, I believe the United States does not use "positive void" reactor designs that made Chernobyl possible. Thus, the worst disaster that can happen here - and has happened, in fact - is the Three Mile Island disaster. That's our "China Syndrome" - hardly a blip compared to Chernobyl.

@cj-in-weld:
I realise that the Chernobyl reactor design was faulty, but am under the impression that Three Mile Island was a very close thing (and recent incidents in Japan suggest that human error is never to be discounted).
However, I'm not an expert, so feel free to enlighten me.

I'm not an expert either. My knowledge is a grade less than "Popular Science." Based on what I've read, I've been under the impression that everything that could go wrong, did, at Three Mile Island, and that's as bad as it gets. Surely an expert peruses this space, though, and can fill in some knowledge gap.

Here is a link describing the specific dangers that led to the Chernobyl disaster. U.S. reactors do not use this technology, partly because Teller foresaw the "chain reaction" possibility:

Interesting to see how both extremist muslims and neocons are slaves to their philosophy. It's as if at some point they
stopped thinking for themselves and let their system do their thinking for them. There is a link with the free will topic in there somewhere. Now and again people do seem to behave as if they are machines, especially when strong emotions are involved. Sometimes it's just sheer stupidity though...

Just yesterday I saw a news item
on Wikipedia about 200 tonnes?
of leaking radioactive waste
coming out of a pipe somewhere
in England. Never could locate the
article.

As to Qutb and Strauss...a quote
attributed to Orwell goes something
like "all those smelly little
orthodoxies contending for our
souls".

It should be re-written changing
"orthodoxies" to "collectives". 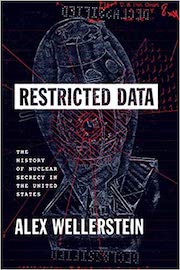