An aside about this dichotomy of mine...

Before putting forward the next installment I want to (1) thank the erudite and intelligent commenters. Wow. And (2) offer a quick and ironic aside in the form of a couple of quotations that show that any dichotomy, even my favorites, can be off kilter.

I mean, what can we do with Robert Hutchins, the central figure of the University of Chicago, that weirdly American institution of higher learning where Enrico Fermi started the atomic age and Leo Strauss infected a generatiuon of neocons with Platonic madness? Where F.A. Hayek pierced to the heart of how both economies and freedom work, but we also saw emerge some of the silliest cult pseudoscience ever written? And Allan Bloom, that quintessential elitist grouch and snob. What a place.

Hutchins and his pal Mortimer Adler led the work in organizing, publishing and promoting the GREAT BOOKS OF THE WESTERN WORLD. I have a set and it's marvelous. Two shelves ranging from Aristotle (and yes, Plato) to Einstein, which carry much of the heat and light of western civilization. The project is rather nostalgist in one way. Its core assumption looks back toward received wisdom... received from giants of the past.

Superficially nostalgist-romantic, right? Well, always be willing to see twists and exceptions to your own Neat Idea. see the following two quotations. One of them sounds positively fizzy with modernism... in 1943, when it seemed about to destroy (or save) the world. The other sounds like some grouch of 2005 were saying it. And it should make you smile over the notion of America's "failed" education system.


"When we remember that only a little more than 1500 years ago the ancestors of most of us, many of them painted blue, were roaming the trackless forests of Caledonia, Britain, Germany, and transalpine Gaul, despised by the civilized citizens of Rome and Antioch, interested, in the intervals of rapine, only in deep drinking and high gaming; savage, barbarous, cruel, and illiterate, we may reflect with awe and expectation on the potentialities of our race. When we remember, too, that it is only a little more than fifty years ago that the "average man" began to have the chance to get an education, we must recognize that it is too early to despair of him." - Robert M. Hutchins, Pres. University of Chicago
["Education For Freedom" (1943)]


"Ask any foreign scholar you meet what he thinks about American students. He will tell you that they are eager and able to learn, that they will respond to the best that is offered them, but that they are miserably trained and dreadfully unenlightened. If you put these two statements together you can come to only one conclusion, and that is that it is not the inadequacy of the students but the inadequacy of the environment and the irresolution of teachers that is responsible for the shortcomings of American education." Robert Hutchins again... in 1943.


I mean, dang.
Watch out for dichotomies.
Even really, really good ones like mine!

Re: America's "failed" education system: I heard you speak at the AAS at the beginning of January, and you made a reference there to what I read as the quotation marks here, i.e. you think that America's education system is actually quite good, and it's the metrics that are bad (i.e. testing memorization vs. thinking).

Now, I certainly agree with the latter. Teaching intro astronomy at Vanderbilt, I get a lot of students into the class who think they understand how to do science classes: read the book and memorize all the terms. They get grouchy when it doesn't work in my class. I wish that kids would come in more willing to think about

And, indeed, I'm worried about the way our education is going, with more and more emphasis on testing, which means more and more training to do well on standardized tests and think that that means being well-educated. Alas.

However, there is some evidence that the basic skills of the kids coming out of high school are lacking. I'm horrified by the complete lack of understanding (and willingness to understand) of 9th grade algebra on the part of first-year college students. My colleagues in the English department tell me that most of the kids coming into college can't write. Are we just curmudgeons? Or are some skills really lacking for most of the kids that come out of USA high schools?

Don't get me wrong. My role is that of the Eternal Contrarian. On the international SETI Committee, I am the guy AGAINST total transparency, for example!

Re American schools, I have plenty of complaints. I have three kids in CA public schools. If everybody were happy, I'd throw bricks.

But it's essential, amid universal complaining, to be ABLE to see what works. My kids learn vastly more, at a younger age, than I did. Especially in math. My son will be doing calculus by tenth grade, easily. Despite the total abandonment of "gifted programs" for lack of funds.

My argument is that the no-memorizing focus on discussion and argument that fills american culture has been remarkably successful at ALLOWING the brightest kids to (if they choose) shine with bold imagination and utter intellectual fearlessness. If this weren't so, why do we have 95 of the 100 best universities on the planet?

While America - frightened by those international test scores - pushes a new drive for memorization, the education ministries iun Tokyo, Beijing and Delhi send out hundreds of minions every year, begging teachers to instruct in a more "American way." Allowing students room to discuss and even argue openly.

The new standards have their good side. They ensure huge efforts not to leave any child behind without basic working skills. The old approach was fine for the brightest, but average and challenged kids learned very little.

Alas, the new way ensures that parents of the brightest must see to enrichment themselves.

Not that I have a great deal of info on any of them, but do you see a place for or have an opinion on private schools, home schooling, charter schools, correspondence (online schools), other alternative educations, etc. and how they relate to your statements on public schools? For example, if you have three kids in CA public schools and don't necessarily trust them, why not try one of the above alternatives? (I'm not actually suggesting that you do this, more of a what if.)

Answer: We had ALL of our kids in private school through 2nd grade because we believe the Montessori approach works well for certain types of kids and ours fit the type. We also had one boy in a private academy for 6th grade. And we attended all sorts of seminars on home-schooling. Used some of the knowledge for enrichment. Also Cheryl is the science teacher at a private school. So yes, we have much basis for comparison.

Essentially, American education is a vast smorgasbord and a child who takes intellect seriously, who is supported by eager parents and who can afford the universe of enrichment activities, can make his or her own way to great accomplishment, aided by schools that will always have SOME very dedicated and insightful teachers in them.

It is a system that ALLOWS genius to thrive, where it had been routinely suppressed in other cultures. The downside... laxity and unevenness and a culture of conformity... is a battleground where we must fight every year.

I'm the one that posted the above question about private schools; I forgot to sign my name to it. I'm a little confused by your response; if private schools worked so well for them, why didn't you keep them in there? As for me, I went to public schools (and my mom was an introductory biology teacher, though alleles always through me for a loop.)

I was unclear. At third grade each of our kids seemed ready for the "big city". There is a grittiness and formality to public schools that teaches a kid discipline and process and that often the world does not give a damn about whining excuses. You get the work done.

What we like about Montessori through 2nd grade is that it fills kids with an UNDERLYING belief that all that discipline is just a facade. Underneath, of course, flows a stream of utter confidence and self-worth. Discipline and process are tools, useful in achieving goals. They are not an end in themselves.

Frankly, I'd pay for that. But in the public schools (at least the good ones near us) I actually get to use my tax dollars instead.

That's okay. Between karate and music and all their other activities, they are a cash black hole even so! Dang they have it different than we did. More stress. More fun. A LOT less fighting and bullying. More opportunities. Much less free time to just lie on the floor and push a dust bunny with your toe.

I gotta stop answering individual posts. I feared this would happen with a blog! ;-) 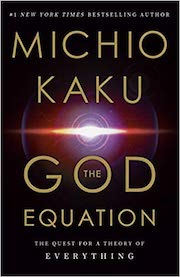