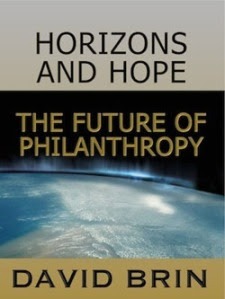 "It's not who votes that counts but who counts the votes" -- Joseph Stalin.
Posted by David Brin at 1:43 PM

Thanks for introducing me to that Spiders story. I could see the kinship your works shared. I loved his unconvential style; it along with the horror story told here: http://www.dionaea-house.com/ keep me excited about the possibilities the net offers. It's not really cutting edge technology that excites me, just simple things well executed.

That Mencken quote is so totally perfect that it raised my suspicions.

The "snopes" site looked into the matter. It turns out to be authentic:

I can recommend one tiny correction: Stephen's web site is called Armageddon Buffet, not Cafe.

I get that confused too, and I'm the web designer!

DVDs of David's talk and debate at Accelerating Change 2004 will be available in the coming days. Please contact jerrypaffendorf@accelerating.org with inquiries.

This and other audio from the conference will also be appearing on IT Conversations.

This seems to be someone's summary of the talk:
http://www.futuresalon.org/2004/11/david_brin_on_e.html

I'm sorry I missed it -- I didn't hear about the event, and I was busily wrapped up in the life of an undergraduate student.

I'm a big fan of the Uplift novels, and becoming a big fan of all this political commentary. If only my peers' "hate Bush" mentality and knee-jerk liberalism could be converted into an effort to change the concept of the left-right axis.

Looking forward to next November, 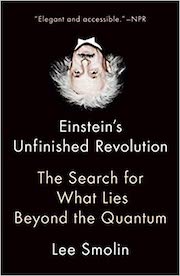