The Economist is, in my view, the best news publication in the English language, though editorially conservative. They endorsed Mr. Bush in 2000 and supported the Iraq war.

But they are now endorsing Kerry saying, Bush is, "too incompetent to deserve a second term."

America's Next President: The Incompetent or the Incoherent?

It is a very agonized editorial, leaning way over backward to give Bush the benefit of the doubt - for example shrugging off his incredible inaccessibility, dogmatism and the lies about WMD. And yet, despite trying their best to ignore a myriad mentioned and unmentioned faults on W's side... and eagerly nit-picking reservations about Kerry... they just cannot bring themselves to hold their nose any longer.

Like fifty other major papers (and W's home town newspaper) they are switching for the sake of civilization.

PS... talk about a double standard. Just Dick Cheney's "deferred compensation agreement" with Halliburton is - all alone - far more corrupt and invloves far worse abuse of trust and loss of US funds than all of the purported misdemeaners that the neocons ever proposed accusing the Clinton Administration of. Combined.

(And, strangely, none of those "accusations" actually panned out. In 2001 we were promised "scores of corrupt officials of the previous administration will soon be indicted!" It looks like the prediction was 4 years premature....)
Posted by David Brin at 9:32 PM

Thanks for sharing.I found a lot of interesting information here. A really good post, very thankful and hopeful that you will write many more posts like this one.
ucbrowser.vip
shareit.onl
mxplayer.pro 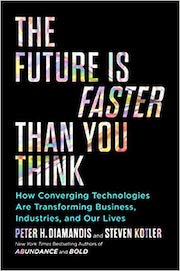