Some great science podcasts - tune in!

Couple of years back we offered a list of excellent – if sometimes specialized – podcasts and YouTube channels about science and related things. Time for an update? 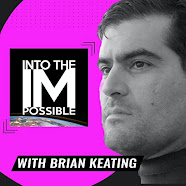 Let’s start with Into the Impossible - hosted by my friend Dr. Brian Keating, co-director of UCSD's Arthur C. Clarke Center for Human Imagination. Generally a deep dive into aspects of physics, but also space biology, tech and the latest insights into the nature of imagination. Example video: What is Dark Matter?
A colleague of Brian's whom I also admire: Dr. Sabine Hossenfelder -- Science and technology updates - "without the gobbledygook". Example video: Are Singularities Real?

As I said then… Scott Manley is one of my favorite YouTube explainer guys, especially when it comes to spacecraft. If there's some kind of milestone in rocketry, for example, he'll clarify it for you, within a couple of days. (Manley was also designer of the "cycler" spacecraft in the 2021 movie "Stowaway".) But this particular posting goes a bit farther in space and especially time, as Manley  talks about how to Move the Earth, citing especially my own postings on the subject.

Other favorite explainers include Anton Petrov for well-delivered and timely updates on the latest science and space discoveries, starting each with "Hello Wonderful Person!" Example video: James Webb Just found the most distant galaxy.

Science & Futurism with Isaac Arthur provides in-depth explorations of galactic stuff like the Fermi Paradox. If it involves space and destiny, you can bet he's got an engaging what-if riff. Example video: Black holes & Dark Matter.

A pal of Isaac (and me) is John Michael Godier's Event Horizon, whose podcasts are a little closer to Earth than Arthur's, but still vividly entertaining futurism, featuring great interviews. How do I know this? Example video: What's eating the Universe?

== A golden age of Chatauqua explainers? ==

Fools and feudalists who try to diss the high repute of science, calling it just another orthodoxy, know nothing about the impudent competitiveness taught to most bright graduate students, along with the central catechism of science: "I might be wrong!" No other 'priesthood' ever even remotely did that. Nor spawned the phenomenon displayed here... of so many top researchers and experts rushing onto PBS or podcasts to eagerly share everything they've learned... and address every unanswered question!

Here are more! Including some favorites offered by other folks. 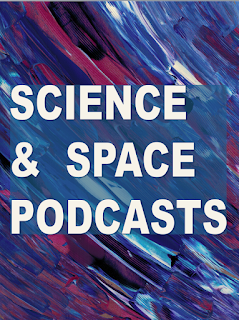 Dr. Becky Smethurst (Dr. Becky) -- A day in the life of an Astrophysicist at Oxford, with a focus on astronomy and cosmology research. Example video: An Astrophysicist's Top 10 Unsolved Mysteries.

Jade Tan-Holmes (Up and Atom) -- Kids level explanations of high-end physics concepts. Example video: What is The Schrodinger Equation, Exactly?

Amy Shira Teitel, The Vintage Space -- History of the space program, branching into "How it works" on related subjects. Example video: Vladimir Komarov was Doomed to Die on Soyuz 1.

Prof. David Kipping (Cool Worlds) -- Great selection of topics. Okay the presentation can ponderous. Why You're Probably Not a Simulation.

Brew -- Animated videos on a variety of subjects, with an extra serving of body horror. Example video: The Country Made from 14 Stranded Ships.

Tom Scott -- Variety of subjects, from "this is an interesting place that exists", to linguistics, to infotech, to very random projects that catch his interest.
Interesting place: The Artificial Gravity Lab.
Infotech: This Video Has 32,251,959 Views (title subject to change.)
Language: The Language Sounds That Could Exist But Don't.

PBS Spacetime: Our Universe Explained, with Dr. Matt O'Dowd - is the best in my opinion. Example video: The Edge of an Infinite Universe.

Savor Podcast delves into the science, history and cultural connections of food and drink: why exactly we like what we like. Example podcast: Fictional Foods: Doctor Who.

This science fiction insight podcast had a short run, but is fabulous.

A couple of political-historical channels that I think have been mentioned here:

The History Guy: History that deserves to be remembered. Forgotten moments of history presented in an entertaining manner.

Beau of the Fifth Column -- Lefty perspective made in the style of a right-winger.

Cody Johnston (Some More News) -- Lefty perspective made in the style of... errr, a crazy basement dweller trying to drag you down with him?

And to balance that... Bill Maher. yes, I said it. If no one will listen to my advice how the Union side of our civil war can win with innovative tactics, then at least pay attention when Maher chides you to stop deliberately losing with abysmally stoopid ones.

Quirky (and stylistically immature, but a bit fun) perspectives on military matters, including the Ukraine War: Task & Purpose.

Don't forget!! You can support these podcasters and content creators by subscribing - as well as donating on Patreon and via YouTube's new SuperThanks feature.

And for more, check comments, below! There will be many suggestions by members of this community!

What an amazing era we live in.