Your right to see, under attack!

The most important advance in civil liberties in this century so far, in the U.S. and by extension the western world, was in 2013 when the Obama Administration and then five U.S. district courts ruled that citizens have a powerful right to record the actions of officials - especially police - in public. No interaction with authority is more needful of accountability than at the level of the street. Moreover, a citizenry who are accustomed to that right will apply sousveillance also upward, as I have long held and as I describe in The Transparent Society and in EARTH.

Now the U.S. Eighth District Court in Missouri has declared the exact opposite, allowing cops to seize or break your camera or arrest you, even when you are clearly not interfering. This case will go to the Supreme Court, and we are on notice. No electoral defeat can harm us as much as this, if upheld. Historians will see it as a turning point, toward Orwellian nightmare or revolution. 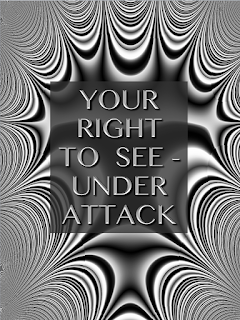 Read the article and note that the lawyers arguing for this right base it on the 1st, 2nd, 5th and 14th amendments to the U.S. Constitution. Using the 2nd in this context is clever! Because indeed, the "arms" that most benefit the citizenry nowadays are - indeed - cameras, the new Great Equalizer. But I have long maintained all the ACLU attorneys etc are missing something terribly important.

This right is most-fundamentally protected by the Sixth Amendment!

The under-rated and almost never-mentioned and utterly vital Sixth! The one that guarantees citizens a right to demand and command access to exculpatory witnesses and evidence that can prove their innocence of an accused crime.  And what could fill this need better than video proof of your story? Why isn’t this obvious?

I'm putting out an alert! This really matters. The rising world oligarchy does not want citizens embedded with an impudent, core-level assumption of a right to look at elites.

And here's how you can help.

== Stand up for the opposite. For freedom ==

Remember Lawrence Lessig? He tried to make election corruption and finance reform a major issue during the 2016 US campaigns. You know that I urge all citizens to join at least ten NGOs that suit your own notions of what needs doing. I rate Larry’s Equal Citizens as one of the more important ones. Now he and colleagues launch an experiment—a podcast series called “Another Way” — designed to give the listeners a chance to reflect and think, and view our culture as a way to progress. You can subscribe to the podcast, and get the first episode to get a thoughtful and thought-provoking perspective.

Did you join your own ten chosen NGOs, where for a small membership you get others to fight to save the world for you, in whichever mix of priorities you want? Not yet? Do five before New Years and you'll be glad.

As for you millionaires out there, there are loads of ideas for ways that you might help make things much better!

Here's one that some of you have seen before. It would transform the world.

And so it begins, accidental death of no-longer-convenient loyal servants and enforcers, as the leaders of mafia clans prove once again they expect loyalty to flow in just one direction. 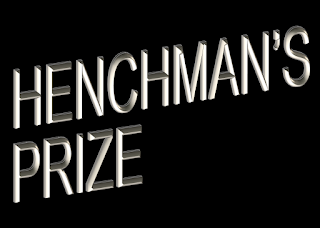 Calling all Henchmen!
Indeed Some mere millionaire could change the world more than the Gates Foundation, by simply offering what I call a “Henchman’s Prize,” luring out of the shadows some flunky who could then bring a wretched conspiracy crashing down.

My proposal for a "Henchman's Prize" goes back two decades — a million dollars plus a new identity for whoever blows the whistle — with full evidence — on the "worst" concealed plot or scheme that year! I suspect nothing would be more cost-efficient at helping poor nations eliminate corrupt kleptocracies and convert to a diamond-shaped social pattern... or help developed nations maintain their healthy accountability systems. (See: The Transparent Society. See also Witness.org.)

“A permanent office might be created, outside the justice or intelligence communities, that will confidentially and securely advise any person, in America or around the world, who may be thinking about revealing information about bad activities, including those that are illegal or harmful to the people, or that impair the effective operation of justice, democracy, or fair markets. According to each individual's needs, the informant may be steered toward intelligence or law-enforcement services, or toward open source networks, or even toward mass media. Judiciously, some varying types of protection and/or rewards would be made available to brave whistleblowers. Yes, this one will confuse some people. But I hope it will percolate in the minds of some.” See other political suggestions.

And yes, I have repeatedly called upon folks to pass this suggestion, especially, to the new president of Mexico, who could use it to rip the guts out of endemic corruption and set an example to transform the world.

I cannot emphasize enough that a critical mass of Americans must view the 1969 Costa-Gravas film “Z.” Academy Award winner, though you must endure subtitles. It’s based on the true story of the Greek coup that ended democracy in its birthplace, though it also seems startlingly pertinent to the Mueller investigation. Above all, the last five minutes of the film has an M. Night Shyamalan twist that carries a savage bite and warning.

Only in our case, it’s not the military to be feared. But a world mafia.

Contrast: Two opposite kinds of human… or president... and today's "spiritual leaders."