First an aside: I'm interviewed about transparency and freedom and the future by the Indian magazine Factor Daily, with emphasis on how I view India's ambitious Aadhaar Program to digitize all billion of the nation's people.

Ever more, in our efforts to expand horizons of inclusion, we are pondering the very nature of “personhood.” So let's consider context.

Most (feudal) societies simply accepted as normal the notion of hierarchies of inherent worth among humans, with the bottom layer often having - by law or theology or custom - little to no value. They generally justified this oppression with incantations and assertions about superiority carried on through families, assertions that proved to be generally worthless.

Yes, the sons of kings were often taller, stronger and effectively smarter… because they always had enough to eat and the best tutors. Nevertheless, inbreeding and delusion combined to make feudalism by far the stupidest - if most-prevalent - form of government. Progress only started taking off when we (partially) escaped its clutches. 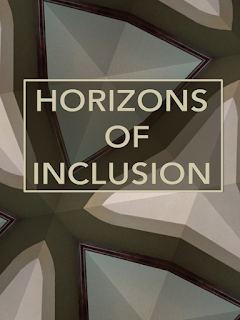 Some complain we’ve swung too far the other way, denying any systematic differences among types of people. Such differences may exist, in marginal/statistical ways, but even if we are overcompensating a bit, it is to make up for - and end - the 6000 years of brutal betrayal, unfairness and outright, self-serving lies of those past hierarchies.

I stand with the egalitarian Revolution! Even if - at times - it commits category errors of its own, we are still very far from the dangerous (if utterly hypothetical) leveling extreme that Kurt Vonnegut satirized in his famous story, “Harrison Bergeron.” Far more likely is a tip-over back into nasty habits from the feudal era. Hence, 'social justice radicalism' is among the least of our dangers, right now.

Expressing this category flattening to new degrees are efforts at legally establishing Personhood for Animals. Take this editorial in the NY Times, arguing the case for our nearest relatives, Bonobos and Chimpanzees.

Or take this effort to gather support for a “Declaration on the Rights and Freedom of Dolphins and Whales", led by Denis Kotov, director of the Russian bookstore chain - Bookvoed.   I urge you to have a look and sign it, if you agree!

Certainly I have written extensively - and sold a lot of books - about possible futures wherein diverse kinds of beings are members of our civilization, from AI and chimps and dolphins to wildly variant humans and even ecosystems(!), all with rights and the ability to speak up for them.  Here is where I explain my Uplift Universe and offer links.

For some time, I was invited to animal rights conferences, because these tales portray a generously broadminded civilization welcoming a wide diversity of cultural/artistic contributions, wisdom and citizenship.

Ah but those invitations dried up, when many of the activists realized that there’s an implicit arc from here to that diverse and richly multi-species future civilization, and it involves more than just making grand declarations. Like everything worth accomplishing, it might entail some meddling, some risk, some moral hazard and arrogance… and yes, even pain. I admit it.

And yet all of that is true, in equal measure, if we choose the other path -- prescribed by the New Puritans -- not to "meddle" at all, refusing to lend a hand to those other species who crowd below a thick, glass ceiling of intellect, unable to grasp, let alone actively assert, concepts like personal sovereignty or enlightened self-interest.

Yes, there  are many areas of agreement. We should move steadily toward not killing animals. We can and must relinquish human exploitation of many swathes of Earth, in order to re-expand natural habitats and prevent mass extinction. We should try ever-harder to understand the languages of bright creatures. The divide is over whether we should stop there, or possibly also lend a hand, as the first of Earth's species to make it across what's obviously a chasm of evolutionary difficulty toward fully-assertive sapience. The standard, official-liberal ideology assumes that the answer is inarguably NO. That we should arrogate a permanent role as beneficent protectors, the paternalistic arbiters of what's right... forever.. and never turn to ask our fellow Earth-denizens, "So what is it that you want?"

Is it automatically more-moral to pull back that potential helping hand? Deciding instead to clutch tightly -- only to ourselves -- a gift that transforms the universe?

And everybody should watch this Jordan Peele bit about Deepfake. Commented one of you: "now there is a tech for Brin's prediction registry. Especially the chapter “The End of Photography as Proof,” in The Transparent Society."

Ah, but I point out something surprising, that should be obvious.
In fact, there’s a solution.

But moving on...  Army chief of staff, Gen. Mark A. Milley, speaking at the Pritzker Military Museum and Library in Chicago in 2016, acknowledged that science fiction is "something we pay close attention to," a tool to help the military suss out the requirements of potential conflicts.

The U.S. Army recently announced a major initiative, Futures Command, to help it anticipate and adapt to coming combat by harnessing the expertise of business leaders, technologists and academics. (Three cities in California — Los Angeles, San Diego and San Francisco — are on the short list of locations being considered for the Futures Command headquarters.) The Army should make room in this new initiative for strategic imagineers, including screenwriters and novelists. And the seers at UCSD's Arthur C. Clarke Center for Human Imagination. 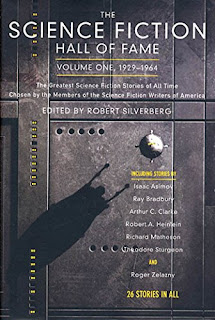 An interview I did for Reuters on the future of Artificial Intelligence - and raising the next generation of robots.


Art Bell Remembered: Whatever you think of all the wildly eager paranormal fixations, Art Bell was always entertaining and a true cultural icon. Had me on his show, a couple of times. He at least pretended to be cheerful as I systematically shot down 99% of UFO mythology. Of course, the whole megillah was back, the following week, immune to any refutation. A miracle! ;-)
(See my logic tearing up UFOs in a short story: "Those Eyes," which I wrote just after appearing on Art's show, on which I used the radio to *taunt* those space-teaser jerks! Later, I expanded on the the taunts, in EXISTENCE.)

While we're being silly... “Why Ewoks are the greatest SciFi warriors.”, by Patrick S. Tomlinson, author of Gate Crashers. Heh!  My kinda sci fi thinking!

Fantasy revenge is dumb and generally unproductive.  Still, I will pass along a link to a new sci fi collection that’s filled with unabashed wish-fantasies about… well… I call him “Two Scoops,” a far better and more subtle mockery. Anyway. For those of you who feel beyond all subtlety, award winning feminist science fiction scholar and writer Marleen S. Barr brings you When Trump Changed, The Feminist Science Fiction Justice League Quashes the Orange Outrage Pussy Grabber. 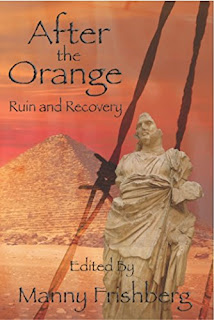 A bit more soberly (a bit) -  the latest anthology from B Cubed Press, looks beyond current political issues to the futures our current political situation may portend. 29 science fiction authors contributed their visions of a post-Trump world: After the Orange: Ruin and Recovery., imagining scenarios.... "if things go on as they are."

Where is America headed? Unusual scenarios are presented in More Alternative Truths: Stories from the Resistance, with stories and poems by David Gerrold, Jane Yolen, Adam-Troy Castro, Jim Wright and others.


And yes, we should be arguing at a higher level. But this is what the enemies of our enlightenment wrought. The union must laugh, even bitterly, so that we can prevail.

Email ThisBlogThis!Share to TwitterShare to FacebookShare to Pinterest
Labels: horizons of inclusion

Appointing good people... and surviving the bad. And Judo tactics!