First an announcement or two:

The Hubble Space Telescope has found the most distant "ordinary" star observed, at 9 billion light-years away, through gravitational lensing. The gravitational lens phenomenon has fast transformed from a cosmic wonder to an almost daily, workman’s tool for deep space astronomers, and no longer are the lenses just giant galactic clusters. "A single star in a foreground lens, if precisely aligned with a background star, can magnify the background star thousands of times." In this case, instead of the usual 50x or so amplification, this event was ballooned 2000+ times.  "There are alignments like this all over the place as background stars or stars in lensing galaxies move around, offering the possibility of studying very distant stars dating from the early universe, just as we have been using gravitational lensing to study distant galaxies." 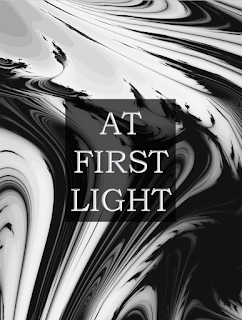 New estimate: there might be around 10,000 isolated black holes and between 300 and 500 binary black hole systems—two-object star systems in which one of the components is a black hole—within three light-years of the monster-mega BH at the Galactic Center.  It’s starting to look ever more like Gregory Benford’s Galactic Center science fiction universe.

I've been asked to explain the announced discovery of light from among the very earliest stars, and what it implies. Bear with me? As it happens, the light that strikes the Earth (and our telescopes and eyes) comes from a lot of different eras. Only a small amount of it comes from stars. It took light from the nearest stars four years to get here. From the Andromeda Galaxy, it took 2.57 million years. We have photographed galaxies whose light took more than ten billion years to reach us.

But the oldest light isn't even light at all. It has been stretched by the universal expansion, till it is weak stuff... radio waves. And everywhere we point our radio telescopes, we can detect the same thing, a low hum at three degrees above absolute zero... the Cosmic Background Radiation, the oldest remnants of the Big Bang, almost 14 billion years ago.

We cannot see (or hear) the Bang itself because there was an epoch when the still-very-compact universe was too hot for atoms to form out of ions and electrons. No light survived that era. Only then, the electrons and ions joined up -- about 380,000 years after the Bang -- and suddenly light could travel great distances. Much of it is still out there... till it hits our telescopes!

Actually, it's more complicated than that. It seems the universe cooled enough to allow light to travel, then briefly ionized again from the earliest starbursts,-- which blocked much of the light, again -- then cooled again! It is that 2nd cooling event that altered the background light in the sky. That event, about 180 million years after the Bang, is called the Cosmic Dawn. And traces of that event (and perhaps another one, 80 million years later) that Australian scientists are reporting.

This new discovery is about that Transition Era, when stars were just being born for the first time.

"The detection also contained a major surprise. The size of the dip was twice as big as predicted. This suggests the primordial hydrogen gas was absorbing more background radiation than predicted and would suggest the universe was significantly colder than previously thought, at about -270C.... Rennan Barkana, a professor of astrophysics at Tel Aviv University, proposes a potentially groundbreaking explanation: that the hydrogen gas was losing heat to dark matter."

== Seeding solar systems with needs for life? Or disturbing them? ==

Many people first grew aware of our next resource crisis – Phosphorus – on the pages of my novel, EXISTENCE, wherein I posited that Morocco and Iraq (with the biggest deposits) become the OPEC states of a new kind of scarcity. It takes one ton of phosphate-rich rock to make 130 tons of grain, and the U.S. has mostly used-up its once-rich ores in Florida. Of the six most important elements in Life, Phosphorus is by far the least common.

Now astronomers are seeking to discover if this may be an even wider problem. Preliminary indications show that Phosphorus may be scanty in the supernova clouds that seed solar systems.  Might Earth have been exceptionally lucky and rich in the stuff?  Might this help explain the “Fermi Paradox”?

More to the point of science fiction thrillers, might “P-stealing” propel the next wave of alien invasion plots? 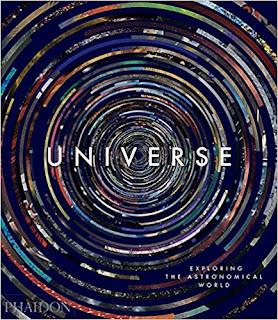 Europe’s GAIA spacecraft has mapped and done parallax on 1.7 billion stars, giving us  the exact brightness, distances, motions and colors in a huge data set and detailed map of our section of the Milky Way.  The information will yield the best three-dimensional map of our galaxy ever.

Three young protoplanetary suns have been found to have dust rich in nanodiamonds.

Scholz’s Star visited the outer reaches of our Solar System some 70,000 years ago, around the same time our ancestors left Africa. A dim red dwarf star with a brown dwarf companion, it came to within 0.8 light-years of our Sun, possibly perturbing the cometary cloud. It’s now about 20 light-years away. An excellent, detailed article about cosmic sleuthing.

In 2016 a super-flare of Proxima Centauri made the smallest star in the Alpha Centauri system – the nearest visible star to us (that’s not the sun) – brighten many-fold. It likely seared the Earth sized planet that’s been detected there.  The flare was detected by the Evryscope, a nightly sky survey telescope that connects 24 consumer-grade camera lenses to look for transient events and transiting planets.

The Lagoon Nebula is a "colossal object" that's 55 light-years in width and 20 light-years in height. “Even though it is about 4,000 light-years away from Earth, it is three times larger in the sky than the full Moon." Come for an inspiring dive into this marvel, through Hubble imagery. And build a civilization whose descendants will do it for real….

The European Space Agency's Rosetta spacecraft took terrific measurements of Comet 67P/Churyumov–Gerasimenko in 2014 along with the first real life landing on a comet. (In fiction, Mark Twain did it, then me and Greg Benford, in Heart of the Comet.)  Now see this incredible video of snow and stars and eerie terrain a wee bit more complicated than I predicted in my doctoral thesis… but verifying the main ideas!

These German physicists claim that bending light can have effects on gravitation, an inverse to how gravity can bend light. I am very skeptical! And it will take generations for our instruments to be sensitive enough to detect any effect in experiments. Still, for just a few of you, this nifty video abstract, with animations could be entertaining.

It's not futile! We are making progress.