Triumph of the Trump? Be afraid of the manic "will"

While the president himself has probably never heard of Leni Riefenstahl, it’s a dead certainty that the authors of his G-20 speech have watched the Nazi propagandist director’s opus, ‘Triumph of the Will,’ scads of times. Chief Strategist Bannon has said so, admiringly.  And hence it became a matter of note and worry, when POTUS’s speech used the word “will” as a meaningful noun, almost a dozen times, declaring that only great focus and assertiveness can save western civilization. 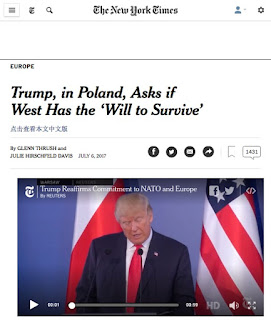 Mind you, I have been hardly any less dramatic in my own declarations of determination to defend our nation, the “west,” and the great enlightenment experiment. For all its faults, the American pax led the world into its greatest-ever (by far) era of rising prosperity, knowledge, fairness, peace and … yes… early glimmerings of wisdom (through relentless self-criticism).

Indeed, if they are taken at face value... and only at face value... Trump’s words have real merit.
Alas, those words overlay a blatant subtext, and that subtext is - I believe  the worst existential threat to this civilization since Hitler and Stalin. Moreover, we should all worry when a Republican president starts making grandiose pre-justifications for war.
For war? Yep, the real deal. And groundwork is being laid, as we speak.  And the underpinning phenomenon that's hauling us toward a cliff is the GOP’s clinically irrefutable bipolar disease.
== Mood gyrations that kill ==
Under Donald Trump, the Republican Party has swung back to one of its manic phases. Already, there are sounds emanating from this White House - and all over the right-o-sphere - almost identical to the last time frenetic GOP mania took over, during the years 2001 - 2003, when so-called ‘neocons’ (Wolfowitz, Nitze, Perle, Adelman and other followers of a mad emigre philosopher named Leo Strauss) concocted excuses for committing the prestige and might of America to quixotic foreign adventures.
Then, as now, there was a lot of jabber about will.  The message? That America can transform the world and triumph, if we simply have enough of that magical stuff. With enough "will" we can transform the world, yippee!
Those Bushite neocons were different from today’s manic alt-righters in one respect. Their official aim was to impose democracy and liberal values in places like Saddam’s Iraq and Taliban-controlled Afghanistan. Sure, they specifically chose the least fertile soil you could possibly find on this planet to grow democracy. We’ll set aside the question of whether that was deliberate setup for failure, or just a case of grand delusional, unrealistic nation-building. A case can be made for either. But at least their manic transcendentalism gave lip service to America's historic mission as a force for revolution, liberation and transformation.
In contrast. the narrative pouring from the current White House makes no mention of promoting democracy, even as a fig leaf, let alone as a rationalization. How can it be otherwise, when any despot is their friend... so long as he's not named Castro or Kim or Khamenei?

Instead -- terrifyingly - the new sub-text is fundamentalist. Deep down, only slightly buried in code, it’s Book of Revelation millennialism, Christian-apocalyptic. Pence-ism bubbling in a cauldron that's colored by Steve Bannon's obsession with "Fourth Turning" cyclical history. 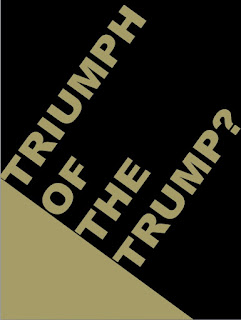 But let’s look at what happened to the neocons, after their brief glory as lead-instigators of a Grand American Military Crusade. Given that Iraq and Afghanistan turned into horrific, mismanaged and unpopular quagmires, Wolfowitz etc. were soon out on their ears, dumped by the Bushites with nary a thank you note. At the emotional and psychological level - the neocons’ brief, manic epoch was followed by a crash -- the usual Republican Depressive Phase. A let-down into glowering-sullen cynicism.
Look across the post-Reagan era. Brief manic episodes - 1991… 1995… and 2001-3… always gave way quickly to much longer spells during which gloomy obstructionism were the only priority (after tax cuts for the rich.)

GOP Congresses were the laziest in the history of the nation, passing the fewest bills, holding the fewest hearings or days in session and issuing the fewest subpoenas of any in a century. Oh, they make noise! But if you subtract Monicagate-impeachment and Benghazi, you wind up with the most slothful legislative torpor in 150 years.

(Their constituents? Red voters appear to be happy with polemic. So long as their politicians shout the right noises about abortion and deficits and such, inaction goes unpunished.)
Alas, it is the nature of bipolar disease that the phase you’re in eventually flips, bigtime. For Republicans, there’s always dangerous mania soon after a Democratic president gets out of the way.

Sure enough, already drums of justification for war are pounding. And we all know where Bannon & co. mean to trigger one that almost everyone desires — a trumped-up attack on Iran. Just list the parties who want it!

== Something for everyone! ==
Russia would love to see a U.S.-led assault that would drive Tehran’s theocrats to seek shelter under Moscow's protection. After all the silly-ass cruise missile pippity-poppities are done, the only lasting effects of American airstrikes will be (1) to remove Iranian oil from world markets, jacking up prices, and (2) give Putin the Iranian satrapy that Russian tyrants always wanted, down south. Oh, and (3) pain for Israel, if she foolishly takes part.

Chalk up a win-win-win for Vladimir.

The Saudis, too, are pushing hard for Trump to attack their Shiite rivals across the Gulf. And foolish parts of Israel want it, too -- though smarter quarters don't.

Trump himself will see it as a way to escape domestic troubles by flourishing “strength.” Mike Pence and his Dominionists are positively rubbing their hands for this, of course, along with Steve Bannon and most senior advisers.
Even the Iranian mullahs would benefit! Sure, their oil would be removed from world markets (the Russian and Saudi goal). But politically and culturally, the ayatollahs win. Because the rising Persian civil society -- with tens of millions of highly-educated young people yearning to become modern world citizens --  threatens the old fellows' grip on power. A nice little war would let the mullahs crush all those pesky modernists to dust. 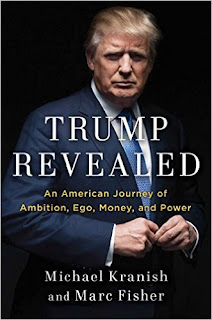 To be sure, there will be losers, like that rising Iranian middle class. And this is the last thing wanted by our own smart castes -- folks who actually know stuff, like the intelligence community, civil servants, diplomats, our allies, and the U.S. military officer corps… along with anyone who genuinely loves an agile, smart and forward-looking America.
Indeed, these communities are sure to be wary, after having been duped and abused and extorted and bullied by the Bushites and neocons, back during the last GOP manic phase. (Remember WMDs?) They will be wary, watchful…
And so?

So, all of those smartypants clades must be discredited! And lo and behold, alt-right media are suddenly -- in disciplined-unison -- hurling memes like "deep state" in order to lump intel and military officers together with other hated, fact-user castes -- scientists, teachers, doctors, journalists, the FBI...  And the Deep State meme is working! In the Confederacy, that is.

Nevertheless,  it will still take something more. There must be a cassus belli, a provocation to get the nation riled up! An event to rouse all that manic will!  Perhaps something really nasty and horrific, cooked-up courtesy of ISIS or Al Qaeda... or by Blackwater and the FSB. Or all of the above.
Think a Tonkin Incident, willingly supplied by the Iranian Republican Guard. Or else Saddam’s WMDs, to the fifth power. Or a Gleiwitz Incident. Another 9/11. Or a Reichstag Fire.
The manic phase is upon us. Now all that's needed is a spark.

Addendum note.  Okay, the loudest noises aren't directed at Iran, right now, but North Korea. But seriously. Even in full-force manic phase, would anyone be that stupid?
David Brin at 12:18 PM
Share