The Short Straw Gambit – flatter him! And more post mortems

I'm about to offer a very important possible/practical strategy for the opposition. A tactic of which I've seen no sign, so far.

Before that, though, may I make a point about the chaotic and crazed ructions that have ensued from the Keystone Kops shutdown of refugees and normal travelers from several Muslim countries? While millions march against the injustice of this awful and sweeping ban -- and some criticize its incompetent execution, with even the Homeland Security Department taken by surprise -- I must point out something else.  That it shows a dullard inability to distinguish between actions of calm policy and those made in an emergency.

Elsewhere I show how the first Iraq War - expelling Saddam's forces from Kuwait and rescuing the Saudis - might have been an intervention of urgency. But the second one could never be justified that way. I show how - even if Saddam had WMDs, there was no imminent excuse to call up (and ruin) the US Army reserves in an intervention of policy. 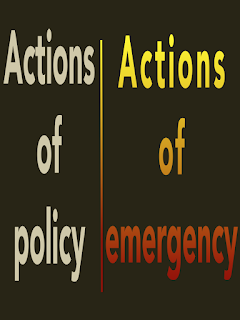 This distinction relates to the Muslim ban quite directly. The rushed, ill-considered and ill-planned nature of this executive order might have been justified if radical islamic terror cells were slaughtering Americans by the tens of thousands. But given the complete lack of any sign of imminent threat - plus the fact that ZERO refugees from any of the countries included in the travel ban have ever killed anyone in organized terror attacks on US soil... the sheer rush to implement a clumsy ban reflects poorly on the skill set of those who made it. The betrayal of US friends in Iraq and Iran - by failing to craft calm exceptions - is just more evidence for stunning unprofessionalism.

This distinction - between actions based on emergency vs policy is one that may escape average voters.  But we have professionals who should grasp the difference and strive to make it clear. (It is only part of the stunningly clear difference between Democratic or Republican styles of waging war.)

Woe unto us, if those pros are being ignored by keystone amateurs.

== What tools do the opposition need? ==

The Democratic Party is soliciting ideas on the future of the party on their website.  And sure, go ahead, offer your input. But seriously, they ignored the advice of George Lakoff. So what are the chances they’ll listen now? My initial suggestion? Fire the dunces who ignored George Lakoff. (More on him, in a coming posting.)

This time, I want to focus on what may be the most critical lack in our arsenal.

== All the varied autopsies == 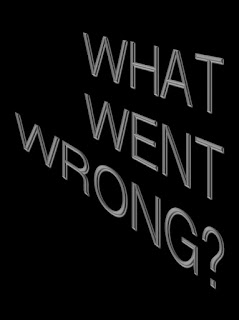 Probably the most-telling difference in reactions to the election that I have seen, between red and blue media and politicians and even voters, has been the countless liberal and moderate hand-wringing evaluations, as to why so many less-educated whites, especially males, seem so filled with rage.

One could hope for similar introspection on the other side, over the fact that their presidential and Congressional victories over-ruled large majorities of fellow citizens, including nearly every member of the fact-using professions, in all but one of the last eight elections. Elsewhere, I describe ways that Trump and Ryan might have reached out to the American majority, with peace offerings. (Inaugural day platitudes don’t count.)

Indeed, that might have happened, if clever Democrats had reached out to stroke Donald’s easily provoked ego. A notion that need explanation.

Look we are in a fight for civilization. And in a battle against immaturity, we cannot afford the kind of self-indulgences that so many marching liberals display. For starters, we need to know the word that best describes our president is not ‘immature,’ or ‘egotistical,’ or ‘right-wing,’ or ‘oligarchic,’ or ‘solipsistic.’ As pertinent as those may be, they pale in comparison to ‘reactive.’