Announcement for today only!  The ebook for Insistence of Vision, my third (and best) story collection is discounted to $1.99 for Kindle. 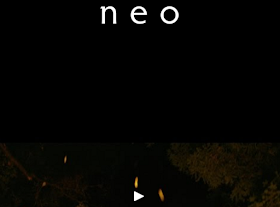 Okay, I've been video'd a bit, lately. For example, the “Neo” Project aims to create a vividly beautiful film, combining science and art to offer up something almost totally missing from our world discourse about the future — optimism. Their initial teaser-trailer features some of my blather. But the stars of this show are vivid imagery and remarkable sound editing. I don’t claim to know very much about where the project goes next, but it’s off to a great start! Neo is sponsored in part by Humanity+ and the Institute for Ethics and Emerging Technologies.

In honor of the 50th anniversary of Star Trek, I earlier offered up this posting: To Boldly Go: Star Trek at Fifty.  The Verge site, cribbed from it along with another baker’s dozen in “13 Science Fiction authors on how Star Trek influenced their lives," with thoughts from Allen Steele, Madeline Ashby, Becky Chambers, Elizabeth Bonesteel and others. 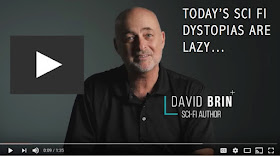 In this lavish and vivid short video (from X Prize Foundation)– with many sci fi flick-snippets in the background – I talk about why so many (not all) sci fi dystopias are turgid and lazy.

Elsewhere I offer a much more extended riff explaining why so many films and books slothfully assume the worst. It doesn't have to be this way! With a little work and creativity, a director and /or author can keep her protagonist in delightful jeopardy without insultingly assuming that all our institutions are automatically crap and all or neighbors sheep.﻿

Also... be sure to watch the episode Is Privacy Dead? of "Morgan Freeman's Through the Wormhole" discussing privacy in the future.  It's well-done and provocative... and I blather last. 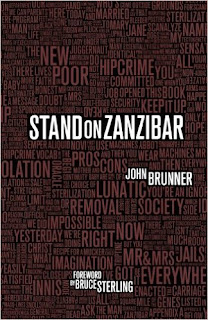 Consider seven ways Science fiction predicted the future.  A short list and some are better than others. But he does list John Brunner’s classic 1968 novel Stand on Zanzibar which forecast in 2010 a “President Obomi.” And see the innovations predicted by the visionary H.G. Wells, born 150 years ago.

An AI-made trailer: Fox Pictures asked IBM to set its brainiac series of computers – Watson – onto an artistic task – make a trailer for the new SciFi - horror flick “Morgan.” You can view the results. Coincidentally, I’ll be co-keynoting IBM’s big World of Watson convention in Las Vegas, October 26.

My colleague author Hannu Rajaniemi (author of The Quantum Thief) is using brain scans to let the emotions of readers decide which way a story goes next.   Volunteers don the Epoc neural sensing headset, then read the story of Snow White, and the story would branch and change in different ways, depending on whether the volunteer showed more affinity for ‘life’ or ‘death’ imagery.  Rajaniemi comments, “I’m actually planning a near future, very biotech-driven story, focusing more on the unpredictable side effects of all these technologies.”

People who read books lived an average of 23 months longer than those who did not. That makes me your Doctor....  you're welcome.  And I further prescribe... 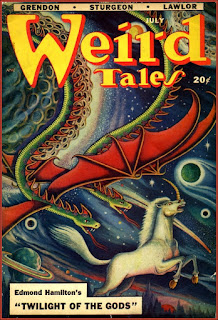 A wonderful resource: Download or flip through archived issues of Weird Tales, dating back to the 1930s and 40s. And much more if you follow the embedded links ... and much, MUCH more if you follow the sidebar links at this site. You'll find older, but classic stories from Lovecraft, Bradbury, Hamilton, Sturgeon and others, along with those fantastic, evocative covers.

Amid the hoorow over possible (even likely) foreign interference in the U.S. elections, plus ‘bromance’ connections between one of the major U.S. nominees and a major eastern leader… have a chilling look at this! It is like an out-take from The Cool War – one of the creepiest of the great novels by Frederik Pohl.

The “Gerasimov doctrine,” formulated by Russian Chief of the General Staff Valery Gerasimov in 2013, proposes that modern conflicts are waged and won not with guns as much as through dirty tricks. This 'hybrid warfare' aims to destabilize the opponent's political system in order to weaken the enemy.   In The Cool War, adversaries who don’t dare risk open warfare engage in tit-for-tat , deniable sabotage… Oh, note, I have a character named Gerasimov, in Existence. 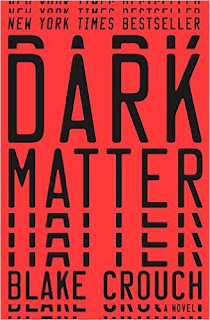 Dark Matter by Blake Crouch. This New York Times bestseller offers a tense, tightly wound thriller that explores the Many Worlds theory of quantum physics. Jason Dessen abandoned a high-profile research career to take up a quiet life with his wife and son, working as a physics professor at a small college. Mugged while out on an evening walk, he wakes up in a new thread of reality and sees where his life might have gone, the paths not taken. For in this world, he is an award-winning quantum physicist at a secret research facility, where he has discovered a way to superimpose quantum states … and he wants desperately to return to his old life. Unfortunately, he’s not the only one… 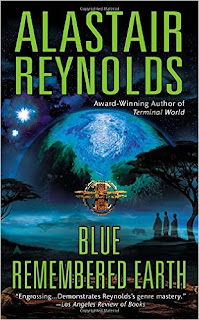 Blue Remembered Earth, by Alastair Reynolds, offers a near-utopia set in a post-catastrophe future where Africa has become the reigning economic, political and technological superpower. Humans have established thriving colonies from the moon to Mars and Titan. An omnipresent surveillance system, the Mechanism, maintains peace throughout the system. The story follows the descendants of Eunice Akinya, who established a sprawling family mining empire that stretches to the asteroid and Kuiper belts. After her death, a historic artifact discovered on Luna sets Eunice’s grandchildren off on a journey through the solar system in search of answers that could affect the destiny of humanity. Reynolds, former scientist at the ESA, presents a believable vision for a future forged in space. 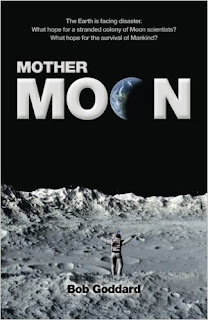 I keep an eye open for semi-pro works that rise above that level, and are worth noting.  Mother Moon, by Bob Goddard, doesn’t set the planet ablaze with style or characters or action… but it does relate a story you can care about, with some interesting ideas. About 250 scientists and engineers at an international lunar base use advanced, late-21st Century tech to exploit buried ice at the moon’s south pole, when word comes that a comet is streaking toward the Earth.  They must at-minimum race to become self-sufficient, since it might take a long time for Earth to recover launch capability. In an interesting device, Goddard alternates scenes set in 1504 aboard a sailing ship whose hometown is being persecuted by an inquisition.  All becomes clear.

With her novella, Murder in the Generative Kitchen, new author Meg Pontecorvo cooks up and dishes out for you not one, not two, but three original sci fi premises. Enjoy and digest them well. 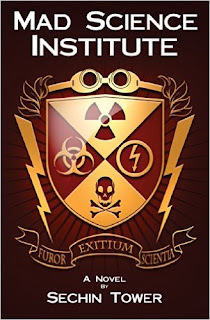 A fun book for Young Adult readers: Mad Science Institute, by Sechin Tower, offers up a teenage girl genius who loves inventing robots and electronic devices. But Sophia “Soap” Lazarcheck’s science projects have a way of going awry, setting off frequent explosions and the occasional fire. When she is admitted into the secretive Mechanical Science Institute (founded by Nikola Tesla), she uncovers a conspiracy of evildoers who want to subvert the institute’s science advances for nefarious purposes. Sophia teams up with her older cousin, Dean, to unravel these mysteries and prevent an imminent doomsday. For more YA, see my extensive list of suggested SF books for young adult readers. 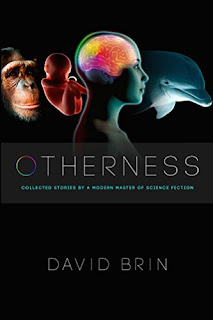 Great news.  At long last, the audiobook for my second short story collection, Otherness, is now available at Audible.com - including The Giving Plague, Dr. Pak's Preschool, Detritus Affected, and more..... I worked pretty closely with the reader, veteran Hollywood actor Stephen Mendel and I can tell you, this is what you want for your commute, or those long sessions at the gym! Why not make your commute interstellar and your strides take you across fate and time? 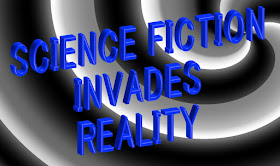