Following up on my earlier post -- Fact-checking the first presidential debate.... 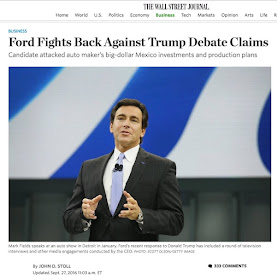 Donald Trump railed about “jobs” leaving states like Michigan and Ohio. But unemployment in Michigan and Ohio is  down to 4.5%, excellent and below the national average. Ford is sending work to its Mexican factories building cheap, small cars. But small car production is always destined to go overseas and the fast-rising Mexican middle class buy our goods.  Meanwhile those Michigan factories are being retooled to make profitable larger vehicles and no Ford US jobs are lost.

Also regarding jobs: For comparison: jobs added per year was strongest under Bill Clinton (2.8 million), followed by Carter (2.6 million), Reagan (2 million), Obama (1.3 million as of January, in much more challenging times.) And the record worst performers? H.W. Bush (659,000), and W. Bush (160,000).  Which raises yet again the judo challenge that HC should demand:

"Why at your party's recent convention was there no mention of the most recent GOP presidents? Nor the hames Cheney, Hastert, DeLay, Boehner, Ailes, or any other Republican leaders between Reagan and Ryan? Ashamed, a little?" 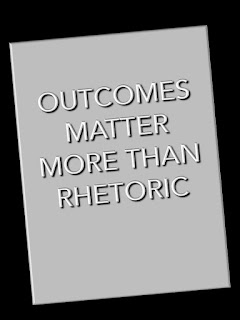 Name a major metric of US national health that does not do better across the span of democratic administrations. As I show very clearly here. And yes, that includes fiscal responsibility.  Why leave the American voters assuming the polemic that Republicans are better on debt? When the opposite is true.

Here’s another of those judo challenges. Is Hillary aware (she has to be) that one of the most electrifying moments of her DNC acceptance speech was when she shouted “I believe in science”? Beyond science, name one - just one - knowledge profession that the Foxite cult is not waging war against. Every profession of skill and knowledge in American life, from teachers and journalists to economists, medical doctors... name an exception!

But yes, Donald Trump has repeatedly called Climate Change a “hoax” and helped egg on the War on Science.  The US Navy has issued many reports expressing worry and asking for more money to prepare for an ice-free Arctic. But this is not just Trump! It should be used as an attack against the Republican congressional establishment.

The nerve of the guy, to raise the issue of our bridges and roads and infrastructure collapsing, when it is the GOP run Congress that has blocked infrastructure bills for a generation. And some have openly admitted that it is because the resulting economic stimulation would benefit a democratic president.  That is called treason.

DT: “NAFTA is the worst trade deal maybe ever signed anywhere but certainly ever signed in this country.”

Oh what nonsense drivel. As Marilyn Geewax points out: ‘Most studies show NAFTA had a relatively small impact on the U.S. economy. "NAFTA did not cause the huge job losses feared by the critics or the large economic gains predicted by supporters. The net overall effect of NAFTA on the U.S. economy appears to have been relatively modest," according to the nonpartisan Congressional Research Service.’

But that is myopic.  True, NAFTA’s short term effects on the U.S. have been fairly minimal. But the same is not true of its effects on Mexico, whose skyrocketing middle class is directly attributable to NAFTA.  And a prosperous, middle class Mexico is among the 21st Century events that US citizens should most desire, offering fantastic benefits in both trade and security, downstream. No one mentions this, because pundits do not think Americans are capable of understanding the concept of a positive sum, win-win game.

But moving on… the birther lunacy shows how deeply into madness some of our countrymen have plunged. Alas, while the news media has let itself be lured by DT into talking about birth certificates, it’s been easy for racist dopes to convince themselves that such a document can be faked.

So it puzzles me why no one mentions how dozens of copies of the August 4, 1961 edition of the Honolulu Advertiser keep turning up in garages all over Oahu, containing the birth announcement of Barack Obama. Please tell us how he faked that -- such super powers. Please tell us, oh hypocrites who happily ignored Ted Cruz being born in Canada. 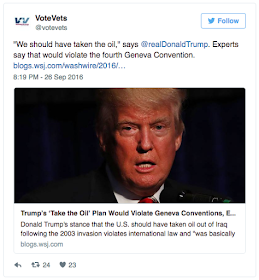 Oh, but the nonsense keeps on fizzing. DT: “We should have taken the oil” from Iraq."

Really.  Wage war against the country we just ‘liberated’? Really.  In fact, the last 70 years has featured more (if imperfect) peace and prosperity than any span across the existence of our species, largely because (1) Pax Americana kept that peace, and (2) we deliberately - in the late 1940s - did the opposite of the “winner takes the spoils.” The first conquering empire to be generous instead of rapacious.  It has worked.  Like scores of mature decisions that confederates and Trump now revile and abjure.

Trump was more on-target pointing out that the Obama Administration did poorly preparing the Iraqi military to resist ISIS and handling the aftermath to the ousting of Khaddafi in Libya.  These were foreign policy disasters… though the former was 90% a product of stunning incompetence by the Bush Administration, which left an Iraq so hostile to the US that we had to pull all forces. It was not our choice.

Trump is also right that NATO partners should shoulder more of the burden of their own defense.  This is already starting to happen, in part because of miscalculations by DT’s bromance partner Vladimir Putin. What’s not helpful is screaming at the most successful alliance in the history of the world.

The gall of attacking the state of U.S. military readiness is almost as astonishing as the fact that no fact-checker called Trump out about this. Let’s be extremely clear.

Defense, like crime and fiscal responsibility, should not be left alone as some bulwark assumption of Republican superiority. They are not better at defense.  Not even remotely.

Despite that, Trump made a good point about North Korea.

The payments to Iran though, were simply returning to them their own money, of which we had free use for more than 30 years. 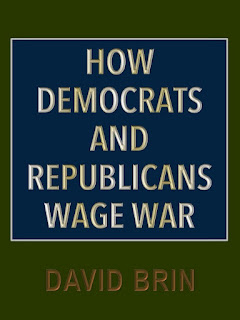 I do know that more retired generals and admirals support Clinton, by far.  But in this case she’s wise to be reticent and leave it a demure and understated thing.

…is the very high likelihood that a President Trump would rashly force our flag officers into choices between obedience to the Commander in Chief vs. faithfulness to the nation and its citizens. This is a very real fear! It is discussed in muted tones, over sour beer, everywhere those officers now meet, after duty hours.

Only now, let me turn and accuse the democrats and pundit caste of a genuine unfairness! Re Trump's early ‘support’ of George W. Bush’s Iraq invasion, I actually have some sympathy for him. The one statement on the Howard Stern Show that is used against him is rather weak evidence for “supporting” the Bush misadventure. I don’t mind crediting Trump with being tepid-to-hostile toward Bush’s WMD lies and concocted excuses for a war that killed 5,000+ Americans and perhaps a million other people while benefiting only Cheney family companies. And Iran.

What is not permissible is for Donald Trump to shrug off association with the political party that deliriously supported both horrifically awful Bush presidencies and that fostered the War on Science and other insanities.

Which brings us full circle to Hillary Clinton’s worst and most cynical sin.

In hoping not to offend wavering moderate republicans and drawing them to vote for her, she has chosen to ignore the Republican Party – the elephant that was weirdly missing and never once actually mentioned during the entire debate!  This was penny-wise, shortsighted and spectacularly foolish.

It speaks ill, suggesting shortsightedness, since only a GOP-trouncing will give her – even for just 2 years – a Congress that might pass the legislation that she (and we) need.

It also shows he limited perspective on her own self-interest! Because even if she wins the White House, leaving the monstrously dogmatic, hateful and lazy current (Murdochian) version of republicanism untouched will guarantee her presidency to living hell.

One of you reminded me about Gingrich’s Contract With America, which was one of the best bits of political polemic in decades. Note that Newt was just about the only Republican leader from the era between Reagan and Ryan who got a mention and a speech at the RNC.  Which was sweet revenge, since Hastert & DeLay & Boehner & Ryan betrayed and ousted him. 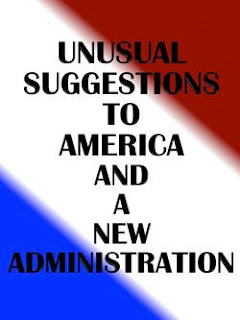 Why? For the crime of actually negotiating  with Bill Clinton some bills to benefit America. For that crime, violating the Hastert rule, he was sent into exile. The only sci fi author in Congress.

Notable in the list is a proposal that the dems should study the Contract With America. It offers lessons and there are some (mostly liberal) ways that is should be emulated.

== Return to Part I: Fact-checking the Presidential Debate.