The Arthur C. Clarke Center for Human Imagination at UCSD held "The Physics of Free Will" a panel discussion on August 6th. Astrophysicists Brian Keating, Andrew Friedman and David Brin discussed what modern physics – including “entanglement” and the time-history of inflation and the Big Bang -- has to say about the concept of free will, including perspectives from the foundations of quantum mechanics, cosmology, and speculations about the role of of conscious observers in the cosmos.  Now the whole event is available on YouTube!

Stay tuned for a smorgasbord of cool items. But first...

Is Science Broken? No. But some science journalists are deeply dishonest 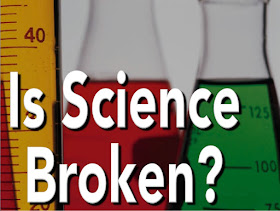 “Is Science Broken?” Certainly there are those who proclaim that from the rooftops, seizing on every anecdote of misbehavior by individual researchers as evidence that science itself cannot be trusted to keep its own house. Elsewhere, we discuss the varied reasons for a “war on science.” But certainly some problems originate within. Over at Five-Thirty-eight, a recent article by Christie Aschwanden describes why some of the very same statistical methods that were developed to separate cause-effect from mere coincidence make it very hard to prove particular conclusions – especially in social science. The essay is worthwhile and offers up some cool interactive demos of statistical tradeoffs…

… and yet, the author unwittingly exemplifies her own complaint, to a stunning degree, in her very first example, an interactive that purportedly shows how the same data can be manipulated to show either democrats or republicans are better for the economy. Either or neither.  How interesting that she would have chosen that as her first case.  And how convenient, since that lesson is the one readers will take away.

In this case, the tendentious effect is easily exposed, as the “party effects on the economy” graphic only lets you compare raw, yearly figures for GDP or employment or inflation, when these all react sluggishly to changes in policy, especially if it takes six years to drag the nation out of a pit the previous administration created. It is the direction and rate of change of those metrics that actually reflect outcomes from policy moves. For example, if one party takes inherited surpluses and leaves the nation diving into steepening deficits, and the next one starts to pull us out of the dive, it is idiotic or else deeply dishonest to make Total Current Debt the metric.

Even more telling is the second derivative of economic factors like public debt. The rate of rate of change has much more immediate effects, far more blatantly attributable to a party’s policies during its span in power… as I show here. And when you use such metrics all ambiguity vanishes. One party is responsible and effective while the other is absolutely and always devastatingly harmful.

Let’s give the author the benefit of the doubt.  Perhaps she is simply finger-wagging scientists, while falling for mistakes they’d catch as freshmen.

See this: 13 ways that Science Fiction's Vision of the Future is Closer than You Think -- with innovations in space habitation, teleportation, touch screens, quantum computing, artificial intelligence, virtual reality, autonomous cars... and more! 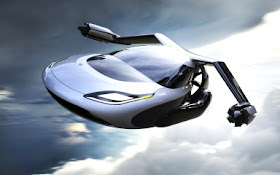 While the Tricorder X Prize tools along toward creating an inexpensive – Doctor (McCoy) in a Box… the Chinese firm Baidu hopes to provide a service letting folks anywhere interact with AI and assess 520 different diseases, representing upwards of 90 percent of the most common medical problems nationwide.

Take a look at: Twenty-five fascinating mega projects taking place across the globe, including the Panama Canal expansion, the Three Gorges Dam, the underwater Marmaray Tunnel in Turkey, Jubail Industrial City in Saudi Arabia, Liuchonghe Bridge in China and other bold projects!

Six people shut themselves inside a dome in Hawaii and plan to stay for a year. It's a mission funded by NASA to explore what it's like to send manned missions into deep space.

Artificial photosynthesis could power homes in a few years, mimicking plant-based photosynthesis by using solar energy to convert water into hydrogen. If cheap nickel catalysts can be used… and 22% efficiency holds up… then toss it onto the pile of potential game-changers. Ah, but that pile had better be producing, big-time, soon. 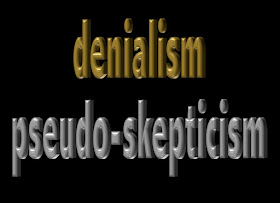 Because. The latest report from the National Oceanic and Atmospheric Administration has determined that globally, July was the hottest month since record keeping began in 1880. And ocean acidity -- which CAN only have one cause -- is rising.  See the shrinking of Arctic ice through years of National Geographic maps. The Himalayan glaciers that slake the thirst of a third of the world’s population are rapidly retreating. And the denialist cult keeps getting more frantic.

One of the major talking points of opponents of sustainable energy is that if you include fixed manufacturing costs, solar and wind are not competitive with fossil fuels. These opponents used this rhetoric to stymie investments in sustainables R&D during the first decade of this century.  But rates of efficiency have been skyrocketing and costs plummeting.  One of the big solar module manufacturers, Trina Solar, said costs had fallen 19 per cent in the past year alone(!), and would continue to fall by at least 5 per cent to 6 per cent a year in coming years as efficiencies were improved.  This study shows that renewables turn out already to be cheaper than fossil fuels.

Researchers from MIT revealed they've produced a "better, cheaper, more user-friendly" printer that can print using 10 different materials at the same time. "Multifab" self corrects by watching its own actions. They claim it can scan case around an iPhone you place in the printer 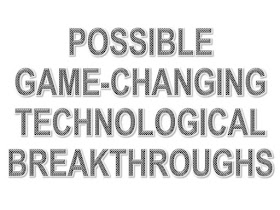 Building materials from CO2?
We keep reporting “possible game changing” technological breakthroughs. This one sounds a bit less plausible than some.  Yet potentially cool. Imagine that the trend toward using carbon fiber as a construction material – from planes and ships to cars and even buildings – creating a huge demand for the stuff.  Now envision that we get the carbon feedstock from Carbon Dioxide taken out of the air.  Hmm, well breaking oxygen bonds takes real energy. And a team at MIT thinks they have the problem licked, using lithium. Their novel electrochemical process sequesters carbon in the form of a versatile building material.


Alas, even if this works, it would only put a dent in atmospheric CO2, as shown in this appraisal, which shows “that capping global warming at 2 degrees Celsius requires removing 1.8 billion tons of carbon from the atmosphere yearly from now until 2100—a tall order that exceeds the capabilities of current technology.”
Boston Dynamics is at it again, creating robots that walk with creepy-amazing skill through natural obstacle courses… only this time it’s a biped!

Batteries for a new age? MIT and Samsung researchers have developed a new approach to achieving long life and a 20 to 30 percent improvement in power density (the amount of power stored in a given space) in rechargeable batteries — using a solid electrolyte, rather than the liquid used in today’s most common rechargeables. The new materials could also greatly improve safety and last through “hundreds of thousands of cycles.”

Researchers at CERN find that within about one part per million, antimatter and matter behave in the same way with respect to gravity. And have the same charge-to-mass ratios. Okay, check that off my list of worries.

Finally...a recent typhoon hit Taiwan with winds that lifted a 747 off the ground.