In this rapidly changing world, the phrase “science fiction” is used a lot… often pejoratively, as in: “What we’ve just accomplished is science fact, not science fiction!” (Fools. We point the way!) But just as often, "SF" is used with an ever-rising aura of respect.

Here’s a series of places where this synergy between stories and reality is being explored:

1) The new Journal of Science & Popular Culture, issue #1, features an essay of mine that could interest a few of you. But the journal’s title - by itself - says a lot. Talk to your university librarian! 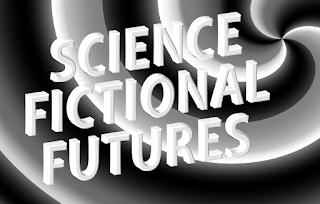 2) I’ve announced this before, but it bears repeating. UCSD's Arthur C. Clarke Center for Human Imagination, where the sciences and arts come together to explore humanity's most unique gift (http://imagination.ucsd.edu), has a new project.... The TASAT site - for “There’s A Story About That” - offers a way to connect serious contemporary dilemmas with science fictional tales from across the last 75 years, that just might be pertinent to some contemporary problem.

There are plausible ways that this project might someday save us all!  See my explanation of the endeavor. And yes, I plan to announce it when I speak at several Washington, D.C. agencies, in June.

3) Scifi Policy, based in the Washington, DC, area, is a small, volunteer team, that “thinks big things can come from the intersection of policy and visions of what tomorrow may bring, aiming to create a field of ‘Science Fiction Policy Studies.’” See especially their explanation.

4) Then there are ventures in using science fiction gedankenexperiment/scenarios for ‘commercial purposes’:

- The Scout Project is run by my friends the Andersons who put out the Strategic News Service newsletter and FiRe Conferences. Their site is lively, provocative and fun.

- Kaspersky Labs in Moscow is trying to do something similar. They contacted me recently. And there are similar efforts in Beijing, where – in part thanks to Liu Cixin winning the Hugo Award – science fiction is in a period of ascendance. (That is, till some of the mighty again notice its inherent impudence.)

Speaking of China. Former President Barack Obama met with current Chinese President Xi Jinping on November 28 at the Global Education Summit in Beijing… but he also took some time out of his visit to ask award-winning science fiction author Liu Cixin for his next book!  Obama has long been a reader of sci-fi/fantasy and has publicly spoken of the vision and impact Liu’s Three-Body Problem trilogy.

Also at the Tor site, this fan’s loving remembrance of Startide Rising. 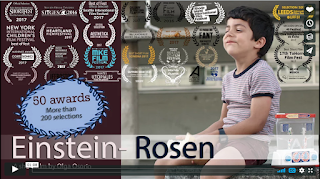 Oh. As a judge in the Raw Science Film Festival I watched dozens of indie works, short and long, fiction and nonfiction, all of them meant to shine light on some area of science. One of our favorites was “Einstein-Rosen” by Olga Osorio, about a pair of little Italian boys – brothers – who discuss Einstein-Rosen wormholes… with an amazing and hilarious outcome.  There is a Facebook page  and here is the trailer. Update: the film has just been posted on Vimeo.

== The best explanation for the Fermi paradox ==

I’ve been part of the SETI community for 35 years and for a dozen of those, part of an array of SETI mavens who have resigned from commissions in protest over METI (“Messaging” to Extraterrestrial Intelligences.)  See my extensive discourse on this debate.  Both topics got close attention in Liu Cixin’s mighty Three Body Trilogy,  the first volume of which won the Hugo for Best Novel, a couple of years ago. Now see a cogent article about how “Da Liu” has been consulting with the Chinese government about plans to use their new Super-Arecibo radio dish to participate in the search… and possibly in the “messaging.”  Though of course, he recommends against that!

Quoted from someone else, in that article: “Maybe China would go public with the signal but withhold its star of origin, lest a fringe group send Earth’s first response. Maybe China would make the signal a state secret.” But later waxing eloquent, the author says: “We may be humbled to one day find ourselves joined, across the distance of stars, to a more ancient web of minds, fellow travelers in the long journey of time. We may receive from them an education in the real history of civilizations, young, old, and extinct.”

What such empathic moderns never step back to realize is that they, themselves, are a new and special phenomenon. The very same outwardness, “otherness” -- willingness to self-criticize and seek a humbling Bigger Perspective -- is in itself evidence of a culture getting ready for grand things. And this flowering might be cut short if we suddenly had to give aliens credit for “saving us” with ancient wisdom! Indeed, I can think of no greater or wiser explanation for the Fermi Paradox, than this: they may be silent in order to let us earn the highest honor of all – saving ourselves.

This article asked 8 sci-fi writers what Star Trek show they would write if given the chance. Refreshingly, they asked some with-it newer stars of the field! (Bypassing us old farts.)  Still may I toot a bit about this? I have a Star Trek Graphic novel “Forgiveness” that is an official part of the Paramount sanctioned canon. It tells the story of the invention of the Transporter, way back in the year 2035… and how the inventor wound up arriving… well… I’ll let you find out.  Brilliant art by Scott Hampton, who also painted the gorgeous images in “The Life Eaters”! 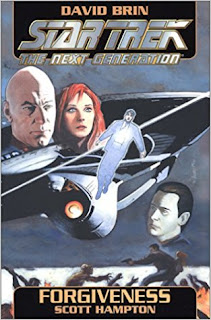 Now a cute irony.  I had this idea originally at age 13 while watching the original series in its first run!  I sent a letter describing it, to Gene Roddenberry… and felt crushed when I got a form letter refusing (for good reasons) to look at unsolicited ideas. Well, well. Decades later I got the last laugh. Get my graphic novel Forgiveness and see how clever that pre-teen was!

My colleague Ramez Naam cogently and entertainingly provides perspectives on potential for human augmentation via neural connectivity… the topic of his famed NEXUS Trilogy. A fine podcast interview. Very interesting.

OMNI Magazine back in digital version -- visit their site online for more information.

For those of you who do online art, images, or backgrounds for presentations, the craft of designing textures can be very important. There is a real-time, interactive, browser-based texture generator.

A lovely, little rumination on the beauty of space. One reason to go. 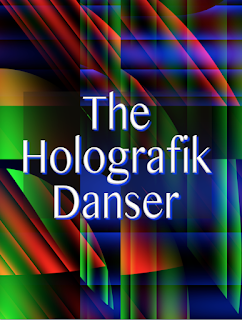 Huh: “Did you know that in 1953, before his first recordings, Johnny Cash wrote a science fiction short story called "The Holografik Danser"? According to Steve Turner's biography, "The Man Called CASH," he wrote a number of short stories during this period, many under the pen name "Johnny Dollar." As Turner explains, "The Holografik Danser" "portrayed a twenty-first-century America that had been conquered by Russia — major cities had been razed by nuclear attack, and entertainment was paid for in kiosks and then piped into homes via phone lines. Partly inspired by the news of the explosion in television broadcasting, he envisaged a time when live holographic entertainment would be beamed into living rooms for twelve dollars a show. He further imagined the possibility of a man projecting himself into the hologram." -- writes Will Stephenson in the Arkansas Times. You can find it in Songs Without Rhyme: Prose by Celebrated Songwriters, by Rosanne Cash.

The 13 Unluckiest Characters in Science Fiction & Fantasy. Heroes—no matter the trials they face on their journeys—seem inherently lucky. No matter how long it takes, in the end, they usually win. But where’s the fun in making iteasy on them? Which brings up one of my top 20 explanations for the Fermi Paradox… that they are addicted to us as a Reality Show.  And since we were getting smart real fast, they had to mess with us and slow us down… by helping to saddled us with a reality TV clown… hey, can you come up with a better explanation for the state we’re in?

I did an extensive interview for the Facebook Science Fiction Book Club. Check out the fun group.

A fascinating article explores the roots of the Uncanny Valley, and why children under 9 years old appear not to get creeped out by quasi-humanoid robots… but older people do. 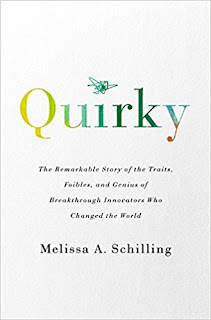 Melissa A. Schilling’s new book QUIRKY tells the stories of men and women who have transformed the world through innovation. “The Remarkable Story of the Traits, Foibles, and Genius of Breakthrough Innovators Who Changed the World,” it revolves around the three main themes of creativity and originality, effort and persistence, and situational advantage. Edison, Musk, Einstein, Curie and many others are compared. An interesting and well-crafted journey through the lives of those "quirky" women and men who dance along the edge for us, so we all benefit from human inventiveness.

Overview: Stories in the Stratosphere is a collection of fiction, illustrations, and speculative timelines exploring the near future of near space. It is available here to download, entirely free and available in EPUB and MOBI formats, and through the Apple iBooks store. I collaborated in one of the stories, above a heroine who has to leap from balloon to balloon at 100,000 feet near the boundary of space!

HYBRID (not Hybrin)  is a riveting nine-part audio drama about a world-changing virus that threatens to kill billions and the heroic, damaged woman – herself a victim of the virus – who takes it upon herself to stop it.