How they get away with this... and how we can thwart them

The fate of America – and the experiment in a Periclean civilization – should not come down to one man.  No, I am not talking about the President, but Supreme Court Justice Anthony Kennedy who, with his eight colleagues, is pondering arguments for tearing down partisan gerrymandering.

There are intimations that this time, Justice Kennedy may be ready to act against this ongoing rape of democracy. (That anyone could even mouth justifications for such a blatantly heinous and treasonous crime against American citizens should appall any decent mind, whatever their political leanings.) Certainly the plaintiffs have refined their arguments with much better facts and details… and I am told that my own contribution – a potential remedy that is simple, equitable and makes generous allowance for state sovereignty – has been put before one of the plaintiff attorneys. Well…

… all of that is beside the point. My question is, how could it all teeter on one man? Specifically, what could possibly be going on in the minds of John Roberts and Samuel Alito?

Unlike their conservative brothers, Gorsuch and Thomas, they weren't chosen in order to be partisan shills. We’re told they are genuine legal scholars whose loyalty to party is secondary. Roberts has even displayed a little independence, and fealty to logic, from time to time. So why is this matter even in doubt?  Can Alito and Roberts actually look in a mirror, siding with this travesty? This crime? Knowing that they'll consign the Republic – eventually – to no recourse other than revolution?

All the world's despots and fanatics want a U.S.- Iran war:  Trump would get a distraction from his troubles and GOP presidents love ordering troops forward, like pieces in a game. The Mullahs get an excuse to crush their own modernist population. The Saudis and Vladimir Putin get high oil prices and Russia will gain a new, Persian dependency under Kremlin "protection." And others will benefit, too! But not us. Not America or the West or civilization.

Note: under Obama, the U.S. became virtually energy independent. We have no further national interest maintaining a carrier group in that dangerous gulf. Prevent an Iranian bomb? Fine. Then sit back and let demographics seal the mullahs' fate.

And not sane/sober members of the U.S. military, who would be sent to fight it. "The nation’s top military leaders stated unequivocally that they believe the United States should stay in the Iran nuclear deal, staking out a position at odds with President Trump’s only days before he decides whether to certify that Tehran is in compliance with the deal."

God bless the United States Military Officer Corps - who have endorsed remaining in the Iran deal. The final fact-using profession to come under attack from the mad right, who will rue the day. "Deep State" my ass. They are heroes.

== The Union rises: some good news from the front ==

I have been hammering the point that Democrats would be fools to aim all their attention on the clown car craziness in the Executive and Legislative federal branches. At least as important will be races for state assembly and state senate, and the dems must get to recruiting appropriate candidates for those crucial races, right now. Elsewhere I’ve discussed:

(1) Where to find the best candidates for red districts. (And you might know someone appropriate! It is your duty to at least think about who you might help recruit.)

(2) Why gerrymandering reform should focus especially on state legislatures.

And finally, the good news: 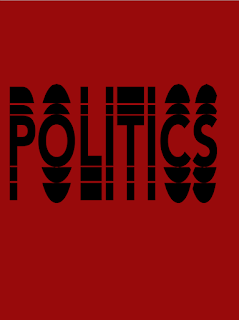 (3) Apparently there actually are some smart folks out there who have noticed. There have been under-reported results. “Of the 27 Republican-held state legislative seats that have come open in 2017 to date, Democrats have now flipped almost 30% of them -- a remarkable number in any circumstance but especially so when you consider the average Trump margin in these seats in 2016 was 19 points.”

“So, why aren't we hearing more about it? Because state legislative races aren't sexy. Because Democrats haven't been able to win one of the more high profile GOP-held House seats in a series of special elections so far this year.” Though in those congressional races Democrats overperformed -- by a large amount -- Hillary Clinton's 2016 showing in these congressional seats.

Want more good news? Despite the extraordinary challenges the world is facing – from growing economic inequality and climate change to mass migration and terrorism – “if you had to choose any moment in history in which to be born, you would choose right now. The world has never been healthier, or wealthier, or better educated or in many ways more tolerant or less violent,” former President Obama said at an event for the Bill and Melinda Gates Foundation.

Now if you disagree with that assertion, you are welcome to compare statistics. (You’d lose.) But what’s interesting is the emotional response it elicits, from many on the left and almost everyone on the right – fuming rage -- that anyone would dare to say there’s reason for optimism, or that our efforts at reform for 80 years have born a lot of fruit.
The gloom on the right is understandable – since every media outlet on that side, from Breitbart to Fox to elite “institutes” has a vested interest in destroying American and Western confidence in our open-egalitarian-democratic-entrepreneurial civilization.

But on the left, it is pure craziness – a fetish to save the world only through guilt trips and finger-wagging, never acknowledging that optimistic-confident people are more likely to take on challenges. This is the biggest factor distinguishing pragmatic liberals from ideological “leftists.” Liberals are willing to acknowledge that we’ve come a long way. And that the effectiveness of our past efforts should spur us onward to take on the vast challenges that remain.

== Okay then, a few are trying to get below superficials ==

On the World Post site, there is much wisdom on offer, but with an underlying layer of obstinate blindness: “…former U.S. President Bill Clinton, summed it: “We know from the human genome that all people are 99.5 percent the same. Some people seem to spend 99 percent of their time worrying about the .5 percent that is different. That is a big mistake. We should focus on what we have in common. And focus on what is common. We make better decisions in diverse societies than in homogenous ones. America’s great advantage is that we are an idea, not a place. We are not an ethnicity or a uniform culture.”

Clinton also warned of the dangers of the nativist narrative that has recently arisen:
“We are playing Russian roulette with our biggest ticket to the future. Even if you believe we are headed toward the first big change since the industrial revolution with robots and digital technology that will kill more jobs than it creates, we are still going to need diversity. We are going to need creative cooperation. To do that we need some fair back and forth with others not like us. Resentment-based divisive politics is a mistake.” But, as the former president sees it, historical experience suggests it will all work out in the end: “This is just the latest chapter in the oldest drama of human history, us vs. them. But sooner or later we mix and move on.”

All of that is wise and right and good.  But it misses the point about this resurgent confederacy.

Another article asks why Trump keeps on winning. Sure he accomplishes nothing at all, but gridlock and rigor mortis has always been the right’s principal goal. Demonstrating democracy's futility is the core and central aim of Putin's anti-western axis. So long as his opponents are stooopid - using sumo instead of judo - Trump and his master-backers will win.

Example: the inanity of thinking the alt-right is about racism! What stunning nonsense. Yet no liberal or democrat can see that "racism!" is a distraction, a tar-baby, meant to cling and grab all the attention away from the blatant, central confederate theme... hatred of the fact-using, expert castes.

Even the loudest, screeching white supremicist will vary his racism, getting all friendly with any minority reporter who gives him some attention.  I know this. My father, at age 70, drove to the Aryan Nations compound in Idaho and they fell all over themselves to show him around, posing for pictures to run in an ethnic newspaper. Yes, racism is horrifically part of their incantations! But it can vary.

No. What does not vary is their volcanic rage against smartypants. Experts. Name for me one profession of high knowledge and skill that’s not under attack by Fox/Trump &cohorts? Teachers, medical doctors, journalists, civil servants, law professionals, economists, skilled labor, professors… oh, yes and science. Thirty years ago, 40% of US scientists called themselves Republican, now it is 5% and plummeting. They are voting with their feet, the smartest, wisest, most logical and by far the most competitive humans our species ever produced.

Yes, I said all this above. (I create these blogs sometimes by accretion, and similar rants can accumulate.) But I will reiterate until I see someone else in high place covering this ground!

The FBI and the US military and intelligence officer corps; all are dismissed as "deep state" enemies. Yes, this is not your daddy's conservatism.  When your screeches of hate are directed at every fact-profession... (have your confed uncle name one exception)... and every fact-checking service is automatically "politically biased" then three things are clear.

(1) This phase of the confederacy is just like the old one.
(2) If properly roused to awareness, the smart people (the Union side) will win again.
And
(3) Hence it is vital to distract the smart folks from waking up! Distract them with racism when the real agenda is to discredit every fact-using profession and destroy their ability to thwart the confederacy's new plantation lords.

I keep waiting for some democrat or statesman or leader to make this the real issue, challenging the Murdochians:

“Every time facts and evidence are used to refute your lies, you attack the source as partisan. And so I demand right now that you tell us what kind of a neutral fact-checking service you would accept!  Would you agree to help form a commission of great American sages – including revered Republicans like Sandra Day O’Conner – who could help set up a truly neutral way Americans can confront rumors and lies?

“Not just one fact-service!  We don’t want a ‘Ministry of Truth.’ But a template for several competing but above-reproach services that can say about the worst trash: ‘that’s not true’.  We challenge you to help construct this solution! And if you refuse, we denounce that refusal as treason.”

== From the Hannah Arendt Center ==

And yes, there are islands of sagacity:

We are experiencing a worldwide rebellion against liberal democracy. In Hungary, Russia, Turkey and other countries across Europe, right- and left-wing parties flirt with authoritarian rule. In the United States, President Donald J. Trump channels the voices of the self-described disenfranchised. Representative governments everywhere are shown to be corrupt, inefficient, and undemocratic. The great political achievement of the modern era - stable representative democracy - is everywhere under attack.

Hannah Arendt knew that democracy is tenuous. In 1970 she famously wrote:

"Representative government is in crisis today, partly because it has lost, in the course of time, all institutions that permitted the citizens' actual participation, and partly because it is now gravely affected by the disease from which the party system suffers: bureaucratization and the two parties' tendency to represent nobody except the party machines."

Yes, but so?  We recovered from the collapse of American citizen confidence that raged during Vietnam and Watergate. We can surge back from this phase of the Civil War. Rise up.