The Changing Face of Earth -- and back to the sea?

There may be a silver lining to what's happened; the War on Science is now explicit. And defections to the side of science will turn into a flood. Stay tuned for info about the Scientists' March on DC. Organized by 314action.org. Meanwhile, get informed. Starting with the biggest picture:

Why Most Planets Will Either Be Lush or Dead: The Gaia hypothesis implies that once alien life takes hold, it will flourish. In this excerpt from his new book Earth in Human Hands: Shaping Our Planet's Future, David Grinspoon offers an insightful and – at times – inspiringly poetical view of the Gaia Hypothesis… that life inveigles its way into most of the observable properties of a living world, like Earth, much as I described in a novel called … Earth. 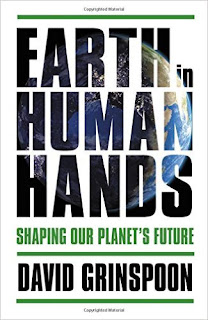 A small quibble – or two. David Grinspoon suggests that the collapse of Gaian homeostasis on Venus and Mars was a matter of luck or happenstance. But the famous “Goldilocks” or Continuously Habitable Zone (CHZ) around a star has its limits. James Kasting has shown that life can adapt liberally and our star’s CHZ  extends beyond the orbit of Mars… that is, it would have, if Mars has been much bigger and able to retain a dense, CO2 rich atmosphere. For, out that far, liquid seas would need a thick-warming greenhouse blanket.

Down here where we are? Well, Earth skates the very inner edge of our sun’s CHZ, according to Kasting. Our Gaia balance depends upon an atmosphere so transparent that it can allow almost all stray heat to escape. We can afford only enough CO2 for plants to survive, and no more. (Which helps explain why our politics are no longer “left” vs. “right.” Rather, they are “science-heeding” versus "Idiocracy.”)

Alas, poor Venus – farther in – never stood a chance. Indeed, as the Sun continues to grow warmer, neither will our Earth. Unless, over the course of the next few hundred million years, we become smart and mighty enough to move our beloved mother world. (It can happen!) 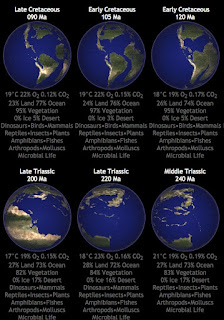 Earth: Evolution of a Habitable Planet: A cool site shows what Earth looked like, at intervals across 200 M years… also the percentage of land and ice area, indicating that we actually have an anomalous amount of land right now and global warming seems likely to end that phase.

It makes you ponder. The human past must have been one vast desert of wasted potential.  In fact, I believe this is one cause of our prodigious intellectual overshoot.  We had to develop vast and multiple routes to sapience, just to get a little of it, now and then.
== Castle Sovereign Redux ==

The idea of ‘seasteading’ – escaping the laws, regulations, and taxes of life on terra firma by establishing an outpost in international waters – has long enchanted Libertarians.  I got to see some of the early plans being touted by Internet mogul (and now Trump adviser) Peter Thiel, along with Patri Friedman and others, whose Seasteading Institute planned a floating 'start-up country' off the coast of San Francisco -- built on oil-rig like platforms in international waters. Back in 2011, I published a critique of their plans, pointing out a number of flaws and ways that they might be improved… 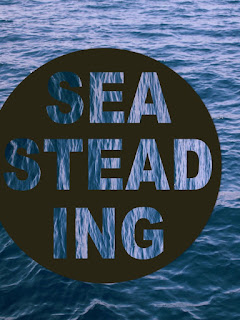 … though now it seems that their new venture is taking most of my suggestions into account! Instead of floating or anchoring in storm-tossed international waters, prey to violent weather, pirates, mutineers and/or any legacy nation with a Navy and an excuse, they now plan to build a floating techno-libertarian city in a French Polynesian lagoon, protected by a surrounding reef and by one of the world’s 200 vested sovereignties.

This NY Times article offers a bit more detail, while leaving out all the libertarian and oligarchic implications.

In fact, from what I can glean, the plan is almost perfectly cloned from a future seastead-resort-refuge that I portrayed in Existence, perched atop the drowned remnants of a fictional Polynesian country called Pulupau.

(And yes folks, that’s the modern economy.  I cannot count the number of technologies and solutions that I’ve given away, for free. You’re welcome.)

Speaking of civilization at sea, shouldn’t we prove we are civilized?  By not murdering the smartest, topmost species out there?  A steep decline in Orca population in Puget Sound is directly attributable to harassment by whale-watching boats.  A modest expansion in a motor free zone next to San Juan Island could let these majestic creatures raise their young and hunt salmon in peace. Learn more at www.orcarelief.org. 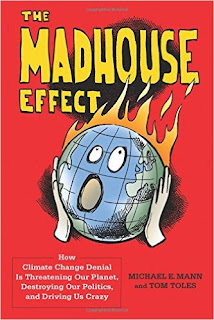 The polar vortex is slipping south again as our climate shifts. Record cold will strike middle America.If you are curious and sapient, read this informative article. If not? If you are a member of the hate-science cult? Welcome to the world you helped create.  See The Madhouse Effect: How Climate Change is Threatening Our Planet, Destroying Our Politics and Driving Us Crazy! by atmospheric scientist Michael E. Mann and Tom Toles.

Earth sets a high temperature record for the third straight year. The breadth of warmth is unparalleled:

"Every single state and every single city in the Lower 48 states was warmer than normal in 2016. For the nation, the year ranked second-warmest in records that date back to 1895."

Why is this good news for the cult? Because 2016 was not warmer than the spectacular record-breaker, 2012. And so, they can claim, as they have done before: "You see?  There's been cooling!"

They used this lying sophistry ever since the previous El Nino spike -- 1997 -- even though excluding that spike, each year was warmer than the one before. Watch as they do the same now, with 2012. Only now we know better than to try to argue reasonably with the dogmatically unreasonable. Now the answer is simple. You are science-hating betrayers of our children. Period. 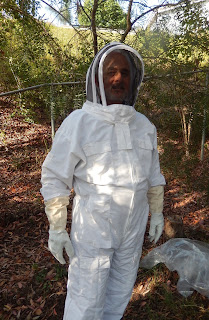 Bumblebees are endangered! I have three honeybee hives and will be setting up our first bumblebee house for Mason bumbles, purchased from Crown Bees. Consider this cool – and patriotic – hobby. Here I am in my bee suit...

Elsewhere I tell of my own, small role in the historical wisdom of getting the lead out of gasoline, which we now know to have been a paramount reason for rising crime rates through the 90s -- and their plummet since. Now ponder how many other avoidable tragedies we need to address....

Like the economic, criminal and even terrorist effects in areas where there is little iodine in the diet, typically remote inland areas and semi-arid equatorial climates where no marine foods are eaten. Iodine deficiency gives rise to hypothyroidism, symptoms of which are extreme fatigue, goiter, mental slowing, depression, weight gain, and low basal body temperatures. Iodine deficiency is the leading cause of preventable intellectual disability, a result that occurs primarily when babies or small children are rendered hypothyroidic by a lack of the element. The addition of iodine to table salt has largely eliminated this problem in wealthier nations, but iodine deficiency remains a serious public health problem today in the developing world. Iodine deficiency is also a problem in certain areas of Europe. Information processing, fine motor skills, and visual problem solving are improved by iodine repletion in moderately iodine-deficient children.

Oh, you simplistic folks who think the solution to "terrorists" is bombs.  Oh, I do not deny their last resort necessity. But how about a few ounces of prevention? Your first, pragmatic -- (and Jesus-like) -- reflex should be to reach out and help.

When Edward Jenner developed a cowpox-based vaccine that proved effective against smallpox, what ensued was a series of spectacular successes in humanity’s age-old struggle against disease, with hundreds of millions of lives saved. And yet, the mystical “vaxxers” of that era fought progress at every turn, as related in this article.

“In 1800, Benjamin Mosley of the Royal College of Physicians alluded to the story of the Minotaur—offspring of Queen Pasiphae and a Cretan Bull— warning “the human character may undergo strange mutations” thanks to exposure to cowpox. He suggested “some modern Pasiphae may rival the fables of old”—that vaccinated women might be driven to run madly in search of the nearest bull to copulate with. Soon enough, a different British doctor reported the birth of a “cow poxed ox-faced boy,” and the newly formed Anti-Vaccine Society published a cartoon titled “The Cow-Pock or the Wonderful Effects of the New Inoculation!” It featured miniature cows growing out of the arms, faces, and buttocks of the vaccinated. By the mid-19th century, the next generation of anti-vaxxers had a whole body of pseudoscience behind them, including faked and fraudulent statistics showing that vaccines failed to prevent smallpox—or even increased smallpox risk.”

Finally, a few words from my hero.

"...I therefore imagine that the internal parts [of the Earth] might be a fluid more dense, and of greater specific gravity than any of the solids we are acquainted with, which therefore might swim in or upon that fluid. Thus the surface of the Earth would be a shell, capable of being broken and disordered by the violent movements of the fluid on which it rested."

That figure was shrugged off as a silly old man, a Romantic scientific has-been. It would take another 180 years or so for Benjamin Franklin's conjecture to be proven to be accurate.