Part of a series of “unusual suggestions for America and the Obama Administration.”

If I seemed to lean a little “left” in some of my earlier missives criticizing a worldwide drift toward crony-aristocratism, and then to the right in supporting a repair of the U.S. military, and then left again by pushing the vital importance of citizen-level resilience... then prepare for another of my patented sudden veers!  Because I believe the Obama Administration can, should... and will... act swiftly to regain control over the borders of the United States.  In fact, I will lay heavy odds that he does it very soon.

This may sound surprising, but it shouldn’t, if you had been paying attention to one of the great ironies of the last 16 years -- one that lay in plain sight, largely unnoticed.

As one of his first acts, upon entering office, Bill Clinton doubled the number of field agents in the Border Patrol.  And one of George W. Bush’s first endeavors was to savagely undercut that service.

It sounds counter-intuitive, of course, and neither political party ever spoke up about it much.  But the reasons are simple.  Democrats like legal immigration, which results in lots of new voters and new union workers, while illegals drain resources, get embroiled (against their will) into crime, and prevent domestic programs from achieving full effectiveness.  On the other hand, Republicans -- well, not your neighbors, but some influential people near the top of the party -- like access to pools of cheap, undocumented labor that won’t talk back.  Only when border state citizens began getting riled did the GOP start talking tough about immigration.  And talk, for the most part, is all they ever did.

I fully expect the same political factors to apply under Barack Obama.  Watch for a serious attempt to increase cross-border trade and legal human contacts, but to crack down on illegal crossers and smuggling.  This change of emphasis also happens to be a good idea for enhancing homeland security.  And those who are offended by this illustrate that “liberal” and “leftist” really are different terms that apply to different sets of political passions that are only allied most of the time. We must not assume that the former have to always cater to the latter.

What I further expect is a change in the tilt of immigration laws.  There has to be a limit to the chain of “family re-uniting” visas.  It isn’t logical at all to make that the fundamental basis for ingress of new legal residents.  It isn’t even fair in a human sense, since families here can already send home remittances, but what about other people in the old countries?  Don’t they deserve a chance, too?

Let there be no mistake, I am proud of America’s heritage - and present-day status - as the world’s leader (by far) in offering opportunities to hope-filled people from all over the globe.  Diversity is our greatest strength and immigrants often give far more than they take.  Anybody who takes this posting as xenophobic simply doesn’t get it.

Nevertheless, as a nation, we have a right to have immigration be orderly and legal, at a pace that doesn’t overstrain services.  So long as we continue to be generous and prudently open, overall, immigration can even be tuned to benefit America in directly tangible ways.  For example, by restoring somewhat of a merit system, especially when it comes to skilled workers that our industries desperately need.  After all, half a million people is half a million people.  There’s no rule of honor or nature that says we can’t look for some of them to enter as a win-win deal.

America deserves plaudits for being the nation of fresh starts. It is a moral claim that can never be taken away from us.  But we have to use some basis  to choose among those wanting-in, doing it in an orderly and rational way.  One that is both generous and in keeping with our own best interests.

That sucks that the only other post here is spam for online games. Maybe the security system needs an upgrade?
(And I'm surprised no one has weighed in, since immigration is usually a hot button issue.)

I think illegal immigration is a topic that can't be easily sorted into left and right views.

I do want secure borders and a crackdown on the massive drug flow north, which puts me on the same side as the conservatives (or at least the ones that don't love lots and lots of cheap exploitable labor).
But I also think the War on Drugs needs to end, and we need to pull Mexico back out of a failed-state status, which is a liberal view.

But really, how many people want to solve the immigration problem when it's a source of cheap nannies, cheap gardeners, cheap cooks, and cheap construction?

Speaking of Mexico's future...have you read Gwynne Dyer's book Climate Wars yet? Some of the comments he made about possible future scenarios for that country, the immigration issue in particular, and failed-state status if we don't get the climate-derangement issue locked down properly...brrr.

In a spirited discussion with my neighbor, a Gulf War veteran (101st Airborne) I mentioned that all border control discussions should remember the horrible power of bribery. She was adamant that the U.S. Army while not perfect, would be far and away the more immune from bribery than any other institution posited to be used to regain control of the borders.

Obviously there is far more to the question than one aspect to be considered.

I agree that control of our borders is an imperative.

Aside from the political aspects of trying to run a nation with no policy or plan to deal with population size, we rarely hear any discussion of the ecological ramifications of a constantly increasing population.

Many, if not most Americans, subscribed to the concept that an ever increasing population would eventually result in irreparable damage to the ecology of our nation/ planet, and that it was very obvious that there were limits. Many practiced zero population growth by having two or less children to do their part to help stave this damage off. I was one.

We DID achieve our goal. The rate of increase in population did approach zero. Well, at least it did until you add in the immigration component.

Due to our, well not our, immigration policies, or rather the lack of, our uncontrolled population growth is now one of the highest on the planet.

I certainly did not refrain from having more children only to see a vastly greater and greater number of other people's prodigy be allowed to take their places... And I’m sure that those others who refrained did not either.

This uncontrolled increase in population adversely impacts every aspect of American life.

Instead of focusing on quality of life, productivity improvements, education, and other positive paths, we just build more and more of the same old same old while using up our precious resources faster, polluting more, and making do with lessening quality in almost every aspect of our daily lives.

Sure, immigration has some positive qualities as noted. In the past, a moderate amount of new blood added to our vitality. The melting pot worked. But, now, it boils over.

No, we can not continue to be the unlimited escape valve for other countries where people breed to excess for religious and other reasons.

The Wild West is gone, the buffalo rarely roam, and the US is no longer able to infinitely absorb the world's excess population.

Like those commercials say, pay me now or pay me, a whole lot more, later. 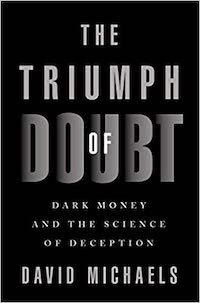