More on Horizons... the trick of satiability

Continuing with my rumination about some underlying aspects of human sanity, altruism and philanthropy...

We’ve been discussing “horizons theory”... an area also covered at http://www.davidbrin.com/eon.html  It is very much about the “modernist agenda”, of course.

In fact I think this is one of my least-developed ideas. Still, it has some real potential, I hope. If other bright minds need to bounce it around and offer fresh input. CITOKATE.

How does all of this relate to philanthropy?

The “horizons” metaphor deals with how far into the future you perceive it in your interest to both plan and invest... and what kinds of ROI (return on investment) you are seeking.

That return need not be personal financial rewards. Indeed, if you are sane - at least in the limited measure of two narrow parameters, low indignation and high satiability - then there is some degree of wealth at which you start pondering horizons well beyond personal wealth rewards. If you stretch your horizons far enough, self interest rewards that you seek become virtually indistinguishable from altruism.

Although it galls purists and preachy types to hear this, patterns of altruism do tend to be predictable according to horizon theory. The more satiable AND satiated an individual feels, the farther into the future they worry... and the more distant are the “relatives” whose welfare becomes a personal concern. Our present civilization demonstrates that millions - who have never known hunger - are capable of stretching these horizons to include spans of centuries into the future and animal species whose common ancestry lies very far in the past.

Alas, preachy types tend to smugly assume that they have done this expansion of concern because they are morally superior. In fact, while it may be very satisfying, this notion is actually counter-productive, since smarmy pretensions of moral superiority reduce your effectiveness at persuading others to join the cause.

The one thing they hate is to have it pointed out that their horizons have expanded - at least in part - because they have been pampered and wealthy and satiated for most of their lives.

(See http://www.setileague.org/iaaseti/brin.pdf for a paper about how altruism manifests both in nature and individual human beings. This paper especially concerns the interesting question of whether advanced alien life forms must necessarily become altruistic - the standard Soviet and SETI ideology - or whether this is yet another horizon-perception effect. I contend that beings descended from bears or tigers, even when satiated, might interpret altruism quite differently than we do!)

But let’s get back to how this applies to pragmatic philanthropy. Assume you want to encourage the kinds of long range investments that may help your distant cousin and distant descendants... the essence of a modernist agenda that looks to distant horizons. All right then. Who has the capital and the foresight to invest?

Now the interesting thing is that governments and corporations and independently wealthy people = are all CAPABLE of perceiving rather different sections of the potential investment horizon. Nor, if you look closely, do the facts fit into our simplest left-right preconceptions.

As it turns out, government is the entity that invests the farthest and in the most eclectic manner. In space telescopes, pure research, and highways for example... some highly pragmatic and others abstract, but also often with long range thinking in mind. ROI is measured in entirely different ways - (actually, a wide variety of manners) - than for a corporation, which seldom looks beyond three years. Governments, apparently, are very bad at making profitable payback decisions in short term. Yet they can spur long term development like nothing else.

What government does lousy is respond in an agile fashion to feedback loops generated by constituents, the way that companies and entrepreneurs react to customer desire in markets. Moreover, the whole notion of measurable ROI is so debilitated in government that Pork Barrel earmarking by Congressmen has taken on budget busting proportions and yet there remain no institutions able to step in on the taxpayers' behalf.

(Those corrupt Congressmen DO get ROI. If not in bribes, then using our money to lavish attention on their own local voters.)

In any event, the Modernist Agenda clearly has vastly more projects that need sagacious investment than will ever be attended-to by governments or corporations. Neither policy not market forces appear capable to surveying - or even perceiving - large stretches of the Investment Horizon. On that philanthropy discussion list, we are trying to find ways to foster activity by the third group I just mentioned -- wealthy people who hold autonomous control over massive amounts of capital and may choose - simply as a matter of whim - to perceive portions of opportunity horizon that other capital wells cannot.

Mind you, we aren’t talking about not the wing of the aristocracy that is currently ruling us... the Insatiables who yearn for a return of feudal pyramids of inherited privilege. Fortunately, there are just as many wealthy people who fit the other model. Loyal to the social diamond, they prove that capitalism is a net beneficial process. When well-tuned.

They are the wheat, as opposed to the chaff.

Seems to me that the chaff is about to be blown away, from what I've been reading in the last day or two. (Miguel De Icaza, of Mono fame, has a collection of reports, viewable here)

Governments may have a slightly longer 'horizon' than your average CEO these days, but it's still measured, in large part, by the time to the next election (another point for a system of regular by-elections: each one is no huge deal requiring everything else to be dropped in order to win, yet may keep those in power to be seen to be on the job. Katey? Where are you?)

Nevertheless, it's true that governments do commit to long term projects. (the UN MEA survey being a case in point) Why?

The reason, ironically, can be summed up by a line from the BBC comedy 'Yes, Minister':

There is another horizon to which all of these arguments apply just as well: that of geography. The worse things are, the narrower your view, the more you are focussed on your own wellbeing and that of your family. Worrying about the guy next door takes an effort unless he's a threat or a potential source of help; worrying about somebody more than half a day's travel away is nearly impossible. This is a big part of my definition of a dark age.

Good times expand geographic horizons and often produce positive feedback. Having the money and leisure to look farther away lets you interact with those farther away, bringing in goods and ideas that they have, which in turn brings more money and eventually more leisure. This process crops up repeatedly in history.

Even the push for the Moon was connected with the post-war economic boom. When the economy took a downturn, we shortened our horizon. When things started looking up, we expanded our horizons in a different direction.

I found a quote from Greg Benford that applies here. I have it from one of his "Scientist's Notebook" articles in F&SF (ca. Feb/Mar 1999), but it comes from his book Deep Time: "Dire circumstances--and nearly all history can be described so, compared with our luxurious present--shorten people’s interests and attention spans."

I put the shrinking ROI time horizons down in large part to the explosion of MBAs that began in the late 70s. Suddenly, there was a growing number of business people who had been trained to believe in abstract models and plans. To paraphrase, no business plan ever survived contact with reality. So there was an effort, conscious or not, to hammer square peg reality into the round holes of the models. Few business people today, especially not those at the top, will admit that there are major differences between industries. You can't sell computers like soft drinks, you can't sell soft drinks like bananas, and you can't sell bananas like steel. But you can try really hard to do so and get short-term results.

Dan Simmons has written an article on pre-modern, modern and post-modern Thought. It's an interesting read.

Brief aside for an article from the BBC: Has Katrina saved US media?

Transparent society may win a round...

Have you tried tying Horizon Theory back into psychology (Maslow's Ladder comes to mind). Also, it's probably worth tying in Enlightened Self-Interest as a concept.

Also, Yes Minister may be billed as a comedy, but is the best doccumentary ever made on the British Civil Service and workings of government (although things have changed a little since then).

...Just to recap my last post, it's the bureaucrats in the public service that formulate long term policy, and present recommendations to the politicians.

@francis: Agreed. I believe Thatcher considered YM essential viewing for all would be ministers!

Minister, I don't know what you don't know: it could be almost anything!

@demetriosX:
Isn't your ability to travel linked to your economic well being?

I put the shrinking ROI time horizons down in large part to the explosion of MBAs that began in the late 70s.
Possibly. I've pondering on this, too, and wonder if, ironically, the very success of the diamond has led to the current situation.

Following on from DB's points about a certain portion of population that exhibit 'insatiable' behaviour (1% are estimated to be clinical psychopaths BTW), in a diamond society, aren't there a greater proportion of the population well placed to make a blind scramble for the top of the heap if they're so inclined?

On the topic of rebuilding NOLA, I think America should neither abandon it or pump out the water. Make it New Venice! Can you imagine the cultural explosion -- in art, music, architecture, TOURISM -- that would occur by turning NOLA into a new city on stilts? Hell, maybe residents should consider sinking the French Quarter too, so that the cabbies can pole their canoes up and down Canal Street, taking tourists around to enjoy the restaurants, pubs and jazz parlours. Can you imagine the populace just shrugging off their submerged situation, the City that Care Forgot, but a bright proud City that did not forget Hope, or their own determination to enjoy living again. Wouldn't that be a testament to modernist thinking? Improve the world that they have, don't try turning back the clock to pre-Katrina days, and alway look forward.

@Rocky:
I'd pump out the water that's there at the moment!!

As for rebuilding, we-e-ell... that's for the folk of NO to decide. They've just had a very nasty, short, sharp shock, so they can't be expected to pick themselves up, dust themselves down etc. just yet.

(Although, as my 3yo replies when something is explained to her as not going to happen: 'But, sometimes...!')

...and, meanwhile, the self organising proceeds. 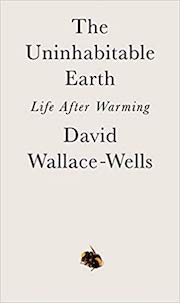