What is significant is that the First World War did not kill modernism. For a while, the rebellion against it seemed limited largely to religion and the arts.

(Ironically, both decadent artists - pushing the limits with prurient content - and the prudish conservatives who rail against them, are allies at a deeper level, united against any notion that the future might be a good and desirable destination, subject to intelligent design. It is an alliance we see today, between anti-science fanatics of both left and right. Between those who rage in order to offend conventional normality and those obsessed with defending it. What they share is a detestation of calm, rational, and inexorable reform.)

Despite rumblings among the intellectual elite and from ten thousand pulpits, even the Great Depression did little to dampen the belief of millions that human sagacity and problem solving could get to the heart of matters and make things better. Only now, in the Third Age of modernism, there was more cynicism. The blithe trust that Astor and others gave to a monied aristocracy - belief in top-down entrepreneurial innovation managed by capitalists - had been rocked first by war profiteering and then Depression mismanagement.

After the Treaty of Versailles, modernist thinking swung away from faith in entrepreneurs, turning instead to ideological prescriptions for how the modernist efforts should be organized. Variations on Marxism were attractive to millions, offering incantations that sounded oh-so scientific. But other schemes also flowed from ten thousand pens, presses and fervid imaginations. To many, it seemed obvious that socialism offered a better, more rationally-planned approach, than tossing greedy capitalists into a market stewpot with seething, angry workers and hoping for the best.

Of course, the nastiest version of this turn toward socialist-modernism was German Nazism. But the Grand Deceit of Stalin’s Soviet Union - masking horrors while pushing newsreels of glorious dams - also fooled millions in the West, for some time.

In America, the extravagant ideologies of Marx and Hitler never took hold, but a less ideological social-modernism did tickle the public’s fancy. In 1932 the Technocracy Movement got attention in magazines and on radio. It was the brainchild of Howard Scott, who suggested that engineers be given a chance to do things right. Replace capital with brains. Give the smartest a chance to do the allocating, for a change. Trust the people best equipped to apportion resources fairly and well. Move goods from where they are glutted to where they will do the most good on a supply-need basis. Give all citizens shares in USA Inc. and then simply do whatever is pragmatically needed. Socialism without ideology or oppression. A similar approach is illustrated by H. G. Wells in his novel Things to Come.

Fortunately, technocracy was never fully implemented, or modernism would not have survived the inevitable miscalculations, disasters and disenchantment. As we learned from the collapse of “Japan Inc.” during the late 1980s, nobody knows how to allocate a society’s bewildering array of talents and resources from a plan. Certainly not in a complex peacetime economy. To even imagine that it’s possible is romantic mythology. In this sense, the believers in market magic proved right, after all. (There are other ways in which they appear to be wrong.)

FDR’s more tepid approach to modernist stimulation did help ease the Depression and restored some public confidence. It featured many projects that expressed can do in ways that did incremental good, without plunging into a weird, ideological experiment.

Still, it took war -- a time when technocratic allocation works pretty well, because it is applied toward a simple, ferocious end -- for a version of Scott’s idea to achieve real magic. (That is, a war backed by a unified public, by moral consensus, and an aristocracy willing to help pay for it.) And while a war economy is not a good model for a general economy, it certainly mobilized everyone to defeat fascism.

It was a war both fought and won under principles of modernism, implemented by George Marshall, the greatest pragmatist since Franklin. And, inarguably, the nation that emerged from WWII was vastly stronger than the one that entered.

You have at least one reader...I suspect, since the material is dense and challenging, people aren't sure what to say yet. Also, you haven't come to your conclusion yet so there's no certainty on what to debate.

You've got me on the edge of my seat! I've been eagerly awaiting each edition.

Now, a few brief comments on Japan, Inc.. did it really fail? They went through a major downturn, but, just like the late 90's dot-com boom, Japan's economic growth couldn't last. They have a shrinking population, no real natural resources, and they didn't seem to acknowledge the rise of China until it was too late. But, at the same time, they still have a tiny fraction of the homeless population we do (barely 50,000), their idea of a high unemployment rate is considered to be "full employment" here, and their per-capita GDP, while slightly lower than ours, is much more equitably distributed than ours. And unlike European social democracy, which seems to be stifling innovation, the Japanese are still developing new tech at a prodigious rate- all one needs to do is visit the nearest high-end electronics store or test drive a Lexus to see that there are plenty of respects in which they seem to run circles around America. Given what they have to work with, Japan is still doing spectacularly will- and under Prime Minister Koizumi, they seem to have revved their economy into high gear again- they're out-pacing both the EU and the US right now in economic growth. So I'd say that Japanese technocracy is far from a total failure- I'd describe it as more of a "qualified" success. But YMMV.

Ditto. I'd also point out that the last couple of instalments to this piece are passive historical detail and don't really require any comment (unless you've got something obviously wrong, of course: a tried and true method of seeing if the class is awake!)

If you really want to gauge how empty it is out here, you could set up a web counter. Blogger suggests a number of linking sites that provide free statistical services (I've just set up a StatCount monitoring account, and it's pretty straightforward). Or, you could talk to your 'trusty webmaster'.

On part 6: while I recognise the word from SF novels of that era (Doc Smith etc.), I didn't know that 'technocracy' was a movement as such. It sounds like another shift in the apex of the power pyramid: divine right -> capital -> brains. If that is so, then they didn't tackle the basic problem of that structure: executive power concentrated in one, or a few 'enlightened' individuals who then proceed to buckle under the responsibility.

Interestingly, it was pointed out in a management course that the panic response in a traditional company in trouble is to increase the level of centralised control. Fewer lines of communication, rather than fewer responsibilities, seems to be the overriding factor. The approach might work, if the centre wasn't already overwhelmed. The same reaction may have something to do with your premise that 'backward' looking patriarchal types can't accept that their children can do just as good, if not a better job than they.

I am posting this to the folks at the Ornery American forums (www.ornery.org), where you have several readers. Not all of them check your blog regularly, though.

I find it fascinating, personally, thoguh I've disagreed with you on a few of your blog posts so far... but I had not seen this particular series because usually I look for some warning that you've updated your blog on your main web site.

Well, I can only speak for myself, but I'm enjoying it, and find it interesting. And inspiring, something that's been needed for a long while.

"Japan Inc." did not refer to any kind of central planning relationship between the Japanese government and business - almost the opposite. It referred to the fact that the government bent over backwards when business leaders wanted things done (like pollution controls relaxed). Businesses continued to do what they felt the market dictated. It collapsed not because of some kind of planning failure by a brain trust, but because many high valuations were based on the Japanese real estate bubble, which popped. 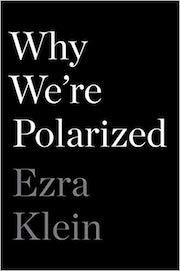