I am still hoping that much of the talk about election fraud in this country is exaggerated. Certainly our lifetimes have never witnessed so many dubious or outrageous twists, warpings and "coincidences"... 100% of which so far have favored just one side. That fact, alone, should have made talk-radio pundits less stridently one-sided and more somber. Alas.

It would be sad to see American as another Ukraine, needing international observers to hold our own elections. Of course this fits trends that were already underway, no matter whether or not the effect was to "steal" the election of 04. From 92-2000, for example, the number of secrets held by the government got winnowed DOWNWARD steadily, through hard work, openness rules and a dedication to accountability. Since 2001, the number of secrets kept by the US government has LEAPED by an order of magnitude. A clear sign that we the people are not to be trusted. This is a simple fact. How can anyone defend it, or feel anyhting other than a chill?

Here are election-theft postings from a recent congressional candidate, Mike Byron. They are biased and emotiional, that means you should use a grain of salt. But that doesn't make them untrue. And the trend. Oh Lord.

--
1) Definitive statistical proof that the 2004 Presidential election was without any doubt whatsoever STOLEN.

3) The full Clint Curtis sworn testimony before members of House Judiciary Committee is now available here. (Previously, we only had links to a portion of his testimony, which did not include his naming of Rep. Tom Feeney (R-FL) as having asked him to write the "vote-rigging software prototype! This clip now includes all of Curtis' testimony!)

The Issue is Modernity

Thanks to those of you who have written comments on the essay The Real Culture War: Defining the Background. It's not about "left-vs-right" or "morality" or any other 20th century cliche.

The issue is Modernity and how to deal with a new century of change.

It's drawn a lot of attention. I only wish the message could reach some of the prominent conservatives who are currently in agony over the madness sweeping their movement. (Liberals were able to do this, recognizing the evils of communism.)

Take my proposal for an Alliance for a Modern World. It's one approach to bring up-front what really matters - fealty to the pragmatic can-do spirit of modernity, which stands at the heart of the American Experiment.

Somehow we must learn to recognize that moderate pragmatists across America derive no benefit from today's idiotic "left-right political axis" which forces them into alliance with various kinds of fanatics.

And yes, it is awkward to use "romanticism" as a general term for those who oppose modernity. Let me make clear that I feel a strong tug of romanticism within, and show it in my writings. For example, even in the hard SF novel KILN PEOPLE, there is a notion of transcendence of the human soul. In THE LIFE EATERS I explore a parallel world in which magic (necromancy and human sacrifice) actually works.

In my essay about Tolkien, I emphasize that there are differences AMONG romantic writers. Tolkien himself was deeply thoughtful about the implications of his own story, and well-aware of the moral faults of his High Elves. He just could not bring himself to face the possibility that wisdom might increase with time. And THAT is the fundamental assumption that seems to propel most romanticism. A cynical rejection of the egalitarian uplift-potential of progress.

I am writing an essay about modernism that may supplement these ideas. Later.

See my series: The Radical Notion of Modernism
Posted by David Brin at 5:37 PM 12 comments:

I've posted a final essay about the recent, traumatic 2004 political season - another layered appraisal of the "Real Culture War," showing how obsolete and irrelevant the hoary old "left right axis" has become.

What appears to be dividing America, instead, is the issue of modernity. Whether people believe progress is possible or desirable. "Moderates" who stand, tormented, between fanatical poles of left and right are not different because their views are tepid. It is because many are capable of believing in science, in human improvability, in beneficial argument, in the contingent nature of opinion... and in tomorrow.

The work commences at: http://www.davidbrin.com/realculturewar1.html

And yes, it’s a bit ... well... erudite. I wish I had a way to reach those of my fellow citizens who turned out in droves for Carl Rove, voting to support conspiratorial liars. But I don't have a talk show. All I can do is try to engage those interested in reason and argument. Moderate liberals and conservatives who notice that something very strange is happening to America.

One feature: a proposed coalition of moderates who want out from the old left-right mania, offering instead a concise, limited list of reasonable goals for Americans of good will to get behind. See: Alliance for a Modern World.

My suggestions don't cater to simplistic 20th Century ideologies. They are pragmatic. They serve the Enlightenment.

FINALLY, I have no idea whether the proposal below has got legs. I’m just passing it along. You are welcome to do the same...

"Join a "credit card strike" December 12 and 13! That's when Electoral College votes are tallied. The idea is not to disrupt the economy, but to cause a measurable protest 'blip'. To participate in this modest “general strike" simply pay CASH for everything you purchase on those two days. It's easy. And ANY level of change in credit card activity will be noticed! Even a small dip in blue states may say "this is just the beginning. So watch it."

"Some think this to be an idea worth passing on. Spread the word! CASH-only purchases on December 12-13!"
Posted by David Brin at 7:11 PM 12 comments: 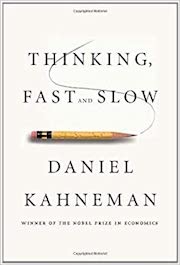