Supply Side 'economics' without a single success -- except a rising oligarchy

Philstockworld has republished my most devastating evisceration of the Thatcherite insanity called "Supply Side" (voodoo) economics, a cult incantation that has not one... even one... ever even one... successful prediction or outcome to its credit - an unrelenting record of devastating failures and trillion dollar ripoffs.
Alas, almost none of my eviscerations is used currently by those public figures who oppose the madness!
Wretched-stupid evil on one side... vs. goodguys who are too dumb to offer effective persuasion on the other. I'd say we were doomed except... science will likely rescue us. And relentless/ingenious innovation. And goodwill. (And possibly machines of loving grace?)

We'll get back to this topic. But first... in "Planetary Politics when the Nation-State Falters," in the next Noema Magazine, Nathan Gardels talks about power devolution from the "westphalian" stasis.

== Supply Side did supply… a rising oligarchy == 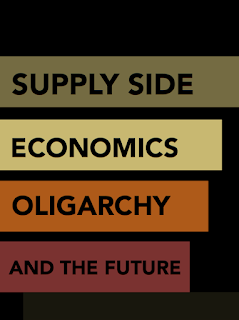 "Fifty years of tax cuts for the rich failed to trickle down even once:" David Hope of the London School of Economics examined 18 developed countries over a 50-year period from 1965 to 2015 -- countries that slashed taxes on the wealthy vs. those that didn’t. Per capita gross domestic product and unemployment rates were nearly identical after five years in countries that slashed taxes on the rich and in those that didn’t, the study found. The analysis discovered one major change: The incomes of the rich grew much faster in countries where tax rates were lowered without trickling down to the middle class…

...exactly as I have told you repeatedly Adam Smith himself both observed and predicted. (In the historical extreme case, the 1780s, the rich in France refused to let themselves be taxed, not even in order to save the nation that protected them… so it stopped protecting them and they rode tumbrels.)

“In fact, if we look back into history, the period with the highest taxes on the rich — the postwar period — was also a period with high economic growth and low unemployment.” Also vast infrastructure development and the best era, ever, for business startups and entrepreneurship.

One of the worst aspects of today's absurd polemical wars is vocabulary. By attacking all "capitalism" the left destroys their cred, since highly regulated market enterprise has harnessed human creative competition vastly better than all other allocation systems from kingships to socialist/communist systems. Marx described how such market competitive systems CAN be destroyed by cheating, as described in Das Kapital. But Marx blithely assumed that failure mode was inevitable and the Rooseveltean era proved it's not.
Please escape the vocabulary trap. The word you are looking for are oliogarchy, cheat-aristocracy and feudalism, all of which Adam Smith and the US founders denounced as the mortal enemies of enterprise.

Only back to the key point. GOPpers yammering about spendthrift Democrats 'breaking the bank' or 'sending deficits skyrocketing' are, of course, hypocrites whose party is always less fiscally responsible than Democrats, and I mean always* and can prove it in a large stakes wager. 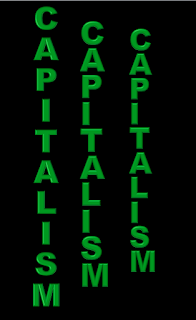 Well... yeah... um wasn't that the point? As usual, neither he nor his rightist peers ever mention that the Dems' Keynesian stimulus measures are still smaller, in total, than the Republican's "supply side" attempts at stimulus! (Though tsunami tax gifts to the rich.)

Those Supply Side lamprey-sucks realized zero predicted outcomes - (in science, or any non-cult, that outcome is disqualifying) - while plummeting money velocity and sending wealth disparities and deficits skyrocketing. At French-Revolution levels of disparity, the rich soak up all real estate and flaunt purchases of nonexistent art.

Keynesian stimuli simply work, especially when enacted by sincere Keynesians who pay down debt in good times, like Jerry Brown, Bill Clinton and Gavin Newsom. Working class wealth, well-being and spending have risen, manufacturing is in-shoring, money velocity rising, tax revenues climbing. More will do more. There certainly is some risk of inflation, but not post-Vietnam-style stagflation.

Only here's the key point that no rightist pundit has the honesty to mention... and those poor-dumb-schlump democrats are to stupid to mention. The amounts of 'stimulus' done across recent decades by Republican Supply Side cultists and now by liberal Keynesians are roughly the same!

I repeat -- The amounts of 'stimulus are roughly the same. With spectacularly different outcomes.

Any 'pundit' who neglects to point this out is stunningly dishonest. Or... as I've said... a sincere and honest and politically stoopid Democrat.